Water inside the brain moves in unusual ways, causing changes to white matter. 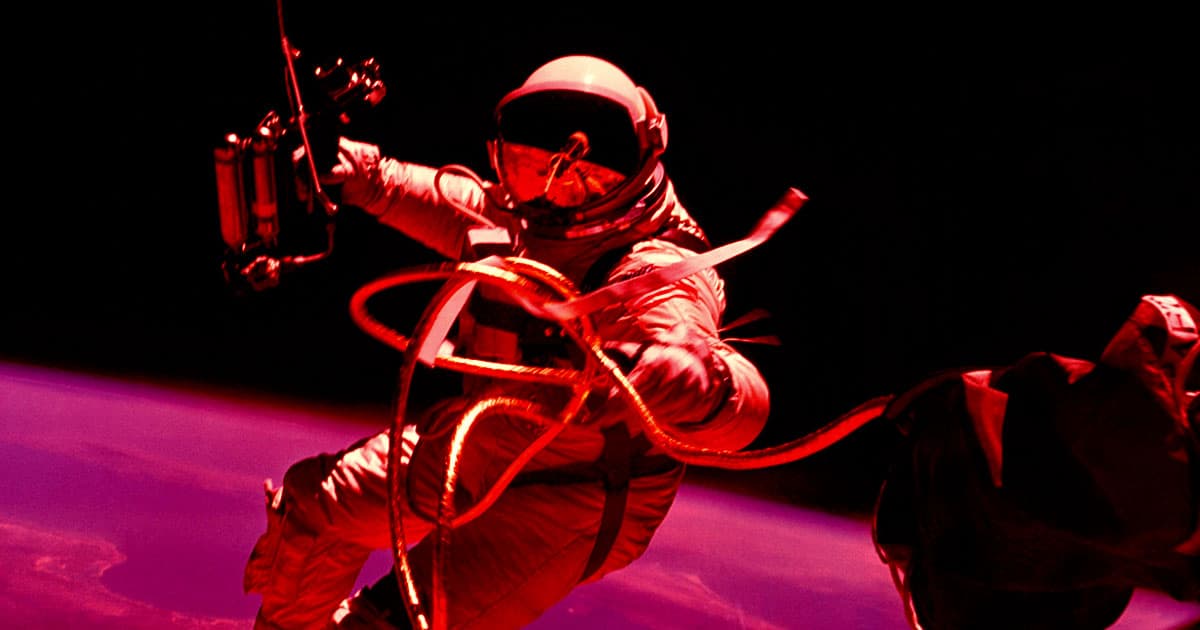 To make things worse, travelling through space at zero gravity for prolonged periods might damage astronauts' brains: a new study in the journal JAMA Neurology  found that spaceflight was associated with changes in white matter — nerve fiber tissues of the brain responsible for learning and other important functions.

The researchers examined MRI scans of 15 astronauts who had spent up to 200 days at the International Space Station, before and after the missions.

We already knew that in zero gravity, the water surrounding the brain redistributes, causing the brain to shift upwards within the skull. But as the new research found, this phenomenon seems to cause white matter to age faster.

"White matter changes were of a greater magnitude than those typically seen during the same period with healthy aging," reads the paper.

Even more worrisome: the effect becomes more pronounced the longer you spend in space.

"[The changes] were greater with longer spaceflight mission durations, and larger brain changes were correlated with greater balance declines," co-author and professor of applied physiology and kinesiology at the University of Florida Rachel Seidler told Popular Science.

But it's not all bad. The effect was significantly reduced in astronauts who had been in space before, suggesting the body can adapt to microgravity.

Still, it's a serious enough issue that it warrants further research. After all, the longest consecutive spaceflight was a mere 342 days — just under a year. That means Seidler and her team still have the bulk of the work ahead of them.

"The consequences of these brain changes are unknown at this point," said Seidler.

Read This Next
Fighting Words
Retired NASA Astronaut Scott Kelly Dishes on Ukraine, Russia, and Moon Mission
God Shot
Astronaut Says He Had Religious Experience During Spacewalk
Don't let the door hit you
Elon Musk Lobs Casual Space Station Burn at Moscow
Pay Up
NASA Seeks Funding to Send Scientists to Space Station
Virts Ramp
Former NASA Astronaut Says America Should Cut Russia Loose on the Space Station
More on Off World
Cubesat Death
Yesterday on the byte
Another Satellite Released by NASA's Artemis I Just Croaked
Kilonova Blast
Yesterday on futurism
Staggering Galactic Explosion Blamed on Black Hole Collision
Little Boxes
Yesterday on futurism
One Silly Little Detail Is Reportedly Delaying Artemis II by Years
READ MORE STORIES ABOUT / Off World
Keep up.
Subscribe to our daily newsletter to keep in touch with the subjects shaping our future.
+Social+Newsletter
TopicsAbout UsContact Us
Copyright ©, Camden Media Inc All Rights Reserved. See our User Agreement, Privacy Policy and Data Use Policy. The material on this site may not be reproduced, distributed, transmitted, cached or otherwise used, except with prior written permission of Futurism. Articles may contain affiliate links which enable us to share in the revenue of any purchases made.
Fonts by Typekit and Monotype.