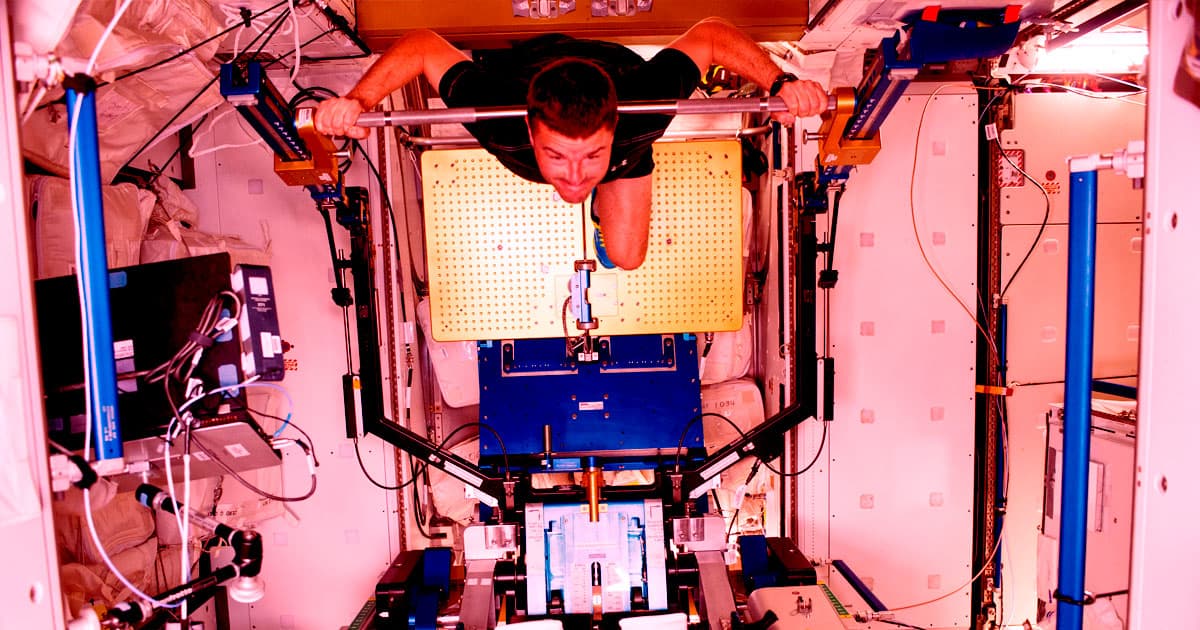 When astronauts are in space, the reduced gravity means their bones don't have to carry as heavy of a load as they do on Earth. This can lead to a loss of bone density that can affect the astronaut throughout their lifetime, increasing their risk of breaking bones as they grow older.

Now, researchers in the United Kingdom think they've found a way to prevent this loss of density — and it involves literally shaking their legs.

Through past research, scientists found that they could coax stem cells into becoming bone by vibrating the cells in a precise way that mimicked vibrations that occur naturally in the body to spur bone growth. The scientists could then transplant the new bone into a person in need of a graft.

A team from the University of Strathclyde is hopeful that it'll be able to use the same technique, now known as nanokicking, to turn stem cells into bone while they're actually inside a person — eliminating the need for the transplant altogether.

Like astronauts, people with paralysis experience a high incidence of bone loss due to the disuse of their limbs. For their study, the Strathclyde team will spend the next two years vibrating the paralyzed legs of 15 volunteers with spinal injuries in an attempt to prevent bone loss.

The researchers noted in a press release that they plan to keep the U.K. Space Agency up-to-date on the study in the hopes that the nanokicking technology might one day help astronauts aboard the International Space Station avoid losing bone density while off-world.

READ MORE: Millions of Osteoporosis Sufferers Could Be Helped by Strathclyde Research Project [University of Strathclyde]

More on astronaut health: 20 Mice Are Going to Space to Help Us Figure out How to Survive on Mars