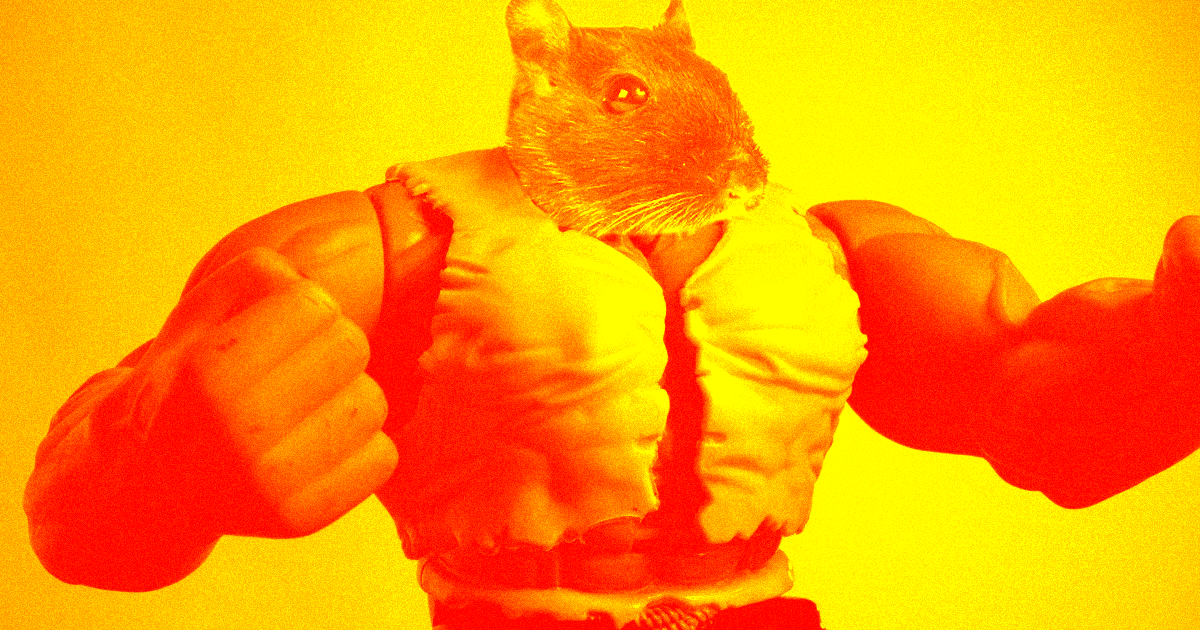 SpaceX Is Sending Super-Muscular Mice to the Space Station

The rodents could help astronauts stay healthy in microgravity.

The rodents could help astronauts stay healthy in microgravity.

The International Space Station is about to get some unusually strong visitors.

On Saturday, a SpaceX Dragon spacecraft is scheduled to deliver 2,585 kilograms (5,700 pounds) worth of cargo to the ISS. Amongst the supplies and equipment will be a few extremely muscular "mighty mice" — and they could help ensure future astronauts stay healthy while in space.

For the Rodent Research-19 experiment, scientists on Earth genetically engineered mice to lack myostatin, a protein that limits how much the animals' muscles grow. This causes the mice to have about twice the skeletal muscle mass of normal mice.

In addition to sending those mice to the ISS, they're also sending some mice that aren't genetically altered, which astronauts will treat with an experimental drug that inhibits myostatin.

Researchers hope that sending the mice to the ISS, where they'll be subjected to the same microgravity environment as astronauts, could yield valuable insights into how myostatin targeting could prevent muscle loss in humans — in space and also on Earth.

"We're also excited because we think that this could have applications for many many conditions that people experience here back on Earth in which muscle and bone loss is a serious problem," researcher Se-Jin Lee said in an ISS video.

More on muscle loss: Scientists Want to Jack Astronauts up on Steroids