Scientists Want to Jack Astronauts Up On Steroids 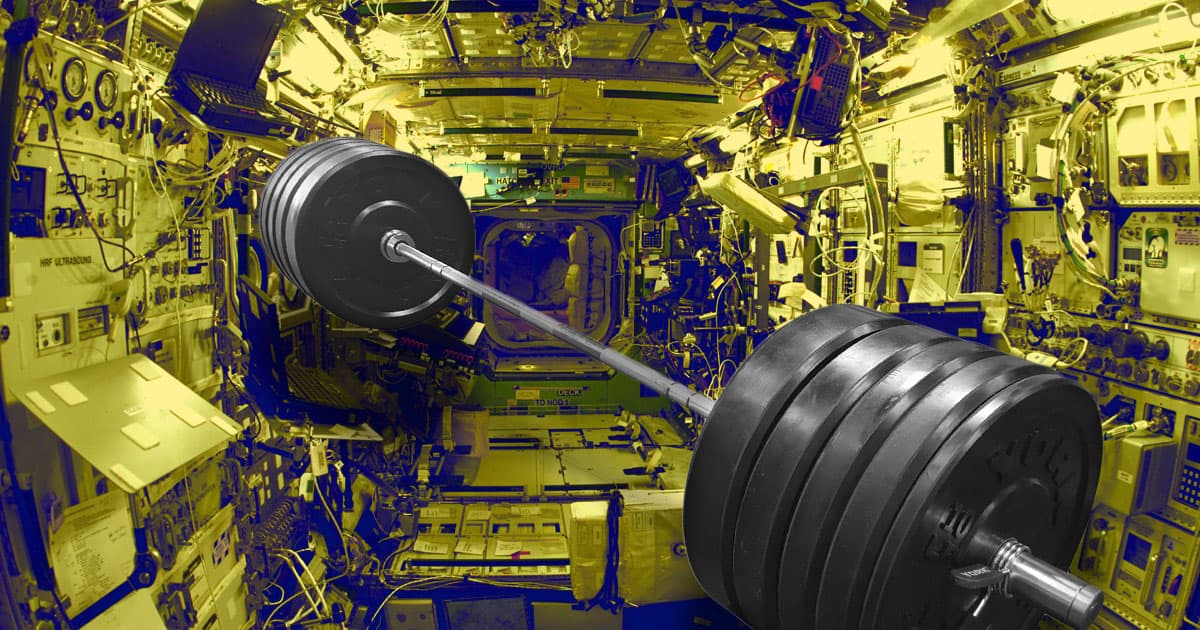 A team of scientists from the the University of Texas Medical Branch at Galveston have suggested a new way to minimize muscle loss for space travelers: a treatment plan of hormones, including testosterone, plus plenty of exercise.

Keeping physically fit is extremely important when living in a microgravity environment. Astronauts aboard the International Space Station have specialized exercise equipment to maintain the strength of ligaments and muscles.

But the team from UTMB found that adding steroids to a regular exercise regimen could ward off muscle loss even better. In their experiment, they put 24 male participants on bed rest for 70 days. Some of them were given testosterone supplements, others a placebo, while a control group just stayed in bed the entire time.

The researchers found — unsurprisingly — that muscle formation was far more pronounced in the group that exercised. And the testosterone supplements, in a result that's unlikely to surprise the bodybuilder community, further enhanced the muscle growth.

Previous research has found that living in space could have negative effects on health including bone loss and lack of access to effective medical treatment — and it could even change astronauts' bodies on a genetic level as well.

All the more reason, according to the Galveston researchers, to get ripped in space.

"This new ability may allow scientists to personalize space medicine by designing specific exercise and/or hormone intervention programs for each astronaut on Earth before they embark on a long-term mission to space," Melinda Sheffield-Moore, senior author of the paper that was published in the journal PLOS One today, said in a statement.

More on living in space: Organisms Survived on the Outside of the Space Station