Organisms Survived on the Outside of the Space Station

Bacteria, algae and even moss survived in the vacuum of space. 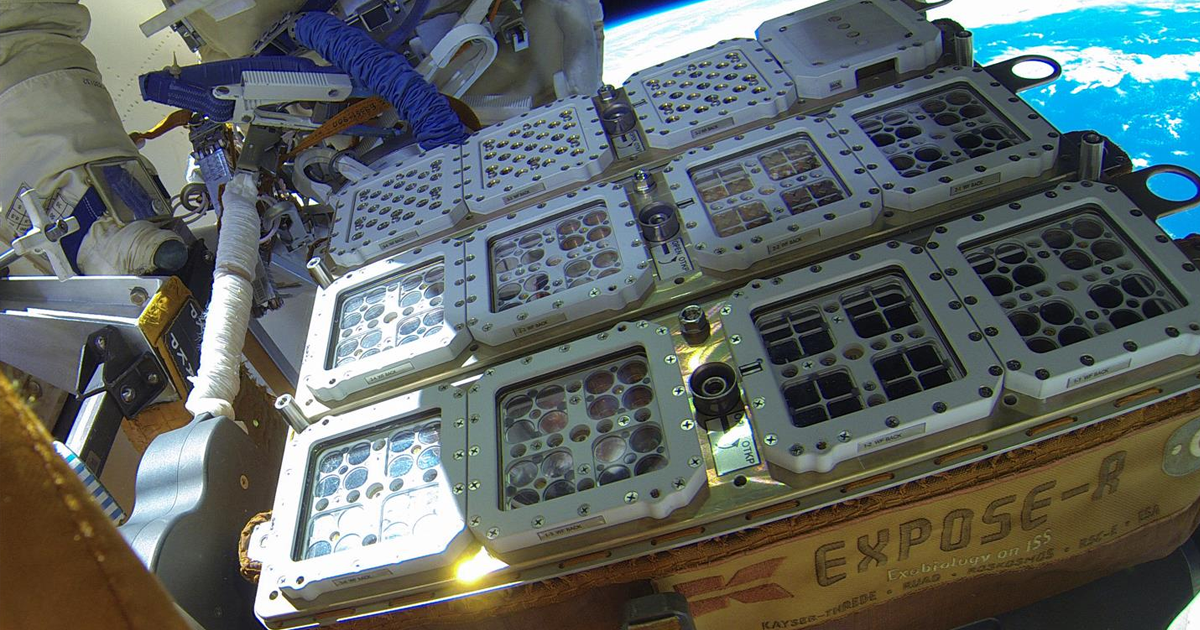 Outer space is a tough environment for living organisms: no atmosphere, no oxygen, no gravity, a ton of radiation, and extreme temperatures.

But the German Aerospace Center just made a bombshell discovery: as part of a project called the Biology and Mars Experiment, they found that samples of organisms including bacteria, algae, lichens and fungi survived on the exterior of the International Space Station for 533 days.

The experiment was meant to investigate if it was possible for organisms to survive harsh conditions such as on the surface of Mars.

"Some of the organisms and biomolecules showed tremendous resistance to radiation in outer space and actually returned to Earth as 'survivors' from space," astrobiologist Jean-Pierre Paul de Vera said in a statement. "They have survived in space conditions and are also detectable with our instruments. Such single-celled organisms could be candidates for life forms that might be found on Mars."

While it's an exciting result, we shouldn't jump to conclusions.

"Of course, this does not mean that life actually exists on Mars," de Vera continued. "But the search for life is more than ever the strongest driving force for the next generation of missions to Mars."

The results also could serve as support for the "panspermia theory," which suggests that organisms existed on Mars billions of years ago and were ejected from its surface thanks to an asteroid impact and eventually brought to Earth, the statement argues.

It's not only a significant discovery for future missions to Mars, but it could even have an impact on how we study icy moons of Saturn and Jupiter — which could also possibly harbor life.

More on life on Mars: Mars Used To Be Dotted With Life-Friendly Lakes

Read This Next
A Sip of Opal
NASA Discovers Precious Gemstones on Mars
And He Scores
We Are Completely Puzzled by This Video of a Chinese Astronaut Playing Ping-Pong in Space
Martian Oases
Scientist Proposes Growing a Forest Inside a Bubble on Mars
Big Impact
Meteorite Hit Mars So Hard NASA Thought It Was a Quake
Palliative Care
NASA's Mars Lander Refuses to Die Even Though It's Supposed To
More on Off World
Lonely Planet
4:20 PM on futurism
Scientists Find Nearby Planet the Same Size of Earth, Plan to Search It for Life
Take Cover
Yesterday on the byte
Space Startup Blows Up Another Giant Inflatable Space Station Module
Rock Blast
Yesterday on the byte
Scientists Say There's an Upside to Those Rocks That Keep Bludgeoning the James Webb
READ MORE STORIES ABOUT / Off World
Keep up.
Subscribe to our daily newsletter to keep in touch with the subjects shaping our future.
+Social+Newsletter
TopicsAbout UsContact Us
Copyright ©, Camden Media Inc All Rights Reserved. See our User Agreement, Privacy Policy and Data Use Policy. The material on this site may not be reproduced, distributed, transmitted, cached or otherwise used, except with prior written permission of Futurism. Articles may contain affiliate links which enable us to share in the revenue of any purchases made.
Fonts by Typekit and Monotype.