Mars Used To Be Dotted With Life-Friendly Lakes 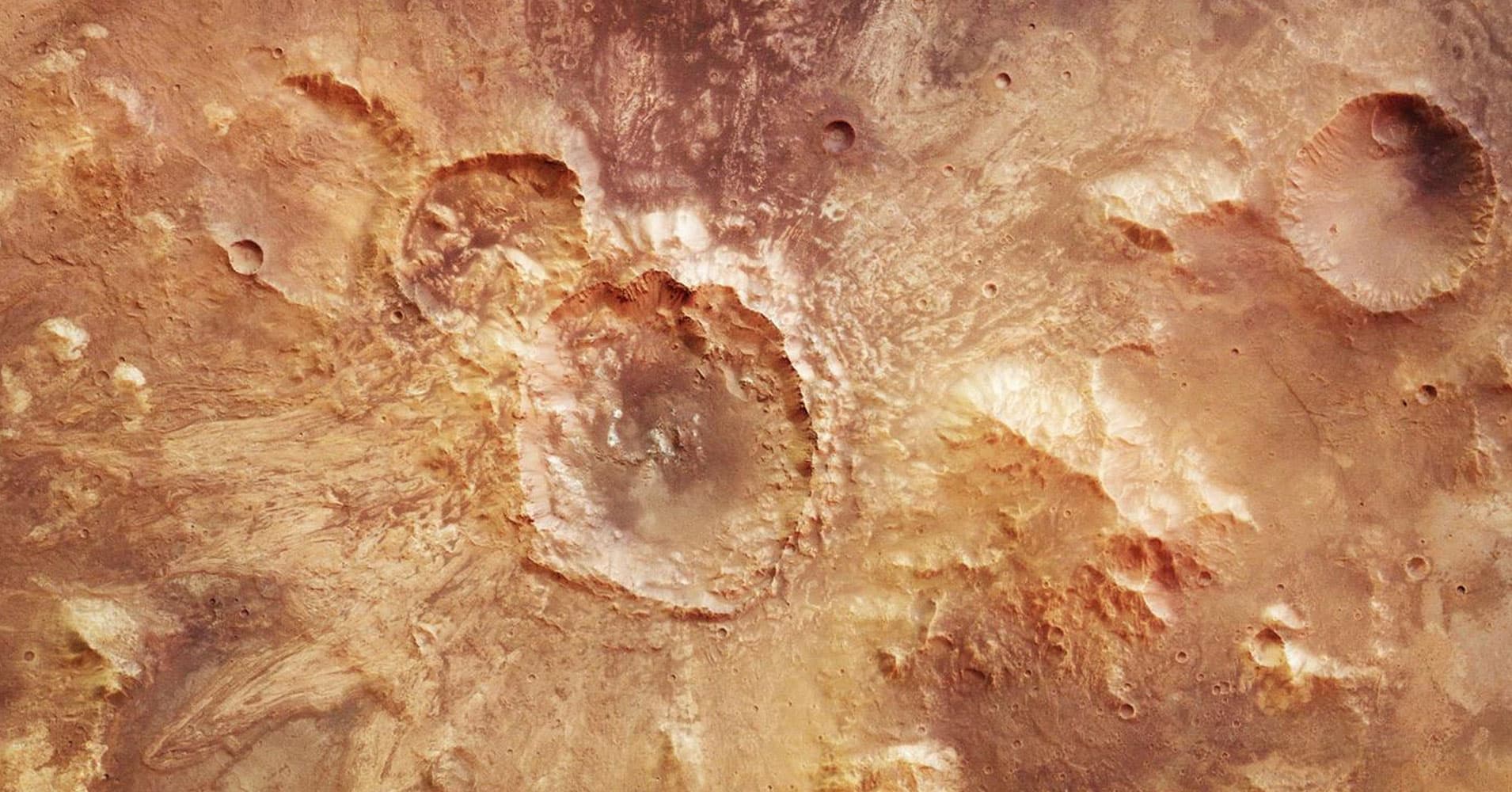 Where there's water, there's usually life — at least on Earth — and we just got confirmation that there used to be far more water on the surface of Mars than scientists previously believed.

The news comes courtesy of a team of researchers from the SETI Institute and NASA's Ames Research Center. They've identified dozens of potential "paleolakes" — lakes that existed when the climate of a region was different than it is today — in the southern hemisphere of Mars. And the finding could forever change the hunt for extraterrestrial life.

We already knew of one potential paleolake located in the northeastern part of Hellas, a massive basin in the southern hemisphere of Mars. In a study published in the journal Astrobiology on Tuesday, the researchers detail their discovery of 33 more.

The team conducted a detailed hydrogeographic analysis of the region, mapping its channels and depressions to suss out where additional Martian lakes may have once existed. This turned up the 33 new paleolakes.

By looking at each paleolake's distinct characteristics, the team was even able to identify its most probable source of water: precipitation, groundwater, or rivers and streams.

The discovery of these paleolakes is about more than just mapping the geology of Mars. It could also inform our search for life on the Red Planet.

As the researchers note in the paper, the former Martian lakes could contain the biological record of what, if any, life once existed on the planet, so as we plan future missions to Mars, we might want to consider devoting significant time to exploring this once-wet region of its surface.

More on Mars: We Just Found New Evidence of Water on Mars

Read This Next
A Sip of Opal
NASA Discovers Precious Gemstones on Mars
Martian Oases
Scientist Proposes Growing a Forest Inside a Bubble on Mars
Big Impact
Meteorite Hit Mars So Hard NASA Thought It Was a Quake
Palliative Care
NASA's Mars Lander Refuses to Die Even Though It's Supposed To
Signs Of Life
NASA Seems Awfully Excited About Finding Organic Matter on Mars
More on Off World
Final Selection
Yesterday on the byte
NASA Finalizing Secretive Decision on First Astronauts for the Artemis Moon Mission
Hall Effect
Jan 29 on futurism
Test Suggests Ion Thrusters Could Power Crewed Interplanetary Missions
CHON: Legacy
Jan 29 on the byte
James Webb Discovers Coldest Ice in Known Universe, Harboring Molecules Essential For Life
READ MORE STORIES ABOUT / Off World
Keep up.
Subscribe to our daily newsletter to keep in touch with the subjects shaping our future.
+Social+Newsletter
TopicsAbout UsContact Us
Copyright ©, Camden Media Inc All Rights Reserved. See our User Agreement, Privacy Policy and Data Use Policy. The material on this site may not be reproduced, distributed, transmitted, cached or otherwise used, except with prior written permission of Futurism. Articles may contain affiliate links which enable us to share in the revenue of any purchases made.
Fonts by Typekit and Monotype.