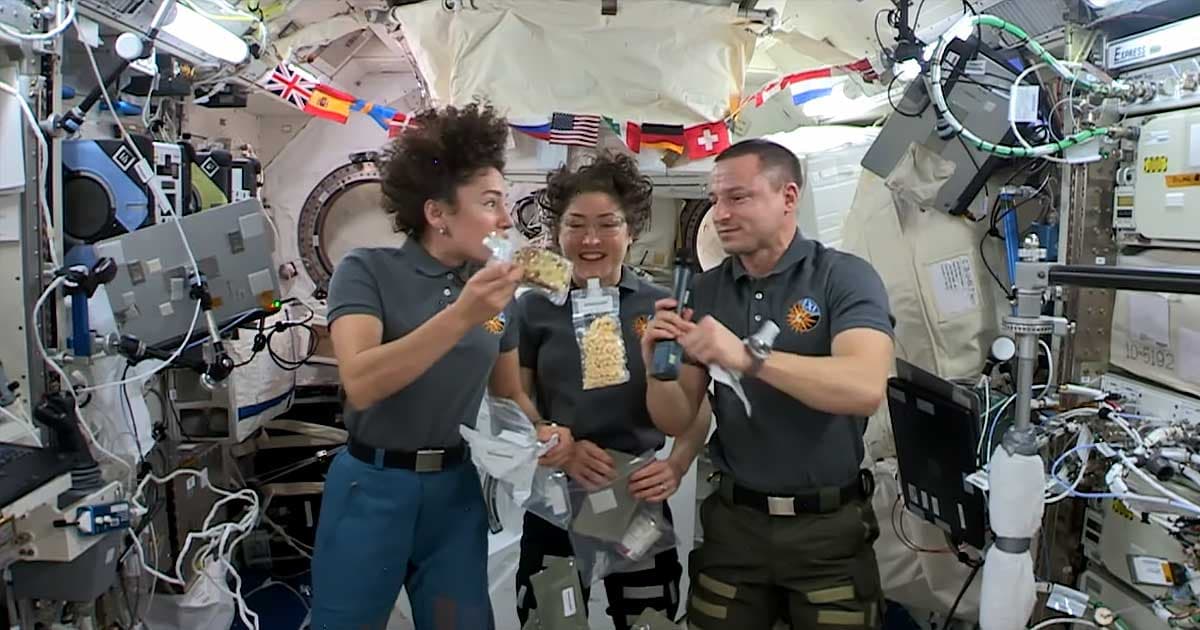 Spoiler alert: It includes a lot of food from pouches.

Spoiler alert: It includes a lot of food from pouches.

On Monday, the International Space Station's official Twitter account shared a video of the three NASA astronauts onboard talking about what Thanksgiving means to them — and sharing their plans for the best meal of the year.

"When we think of Thanksgiving, we think of friends, family, and food," astronaut Andrew Morgan said in the video — before getting into the nitty gritty of the crew's planned menu.

When you're floating 408 kilometers (254 miles) above Earth's surface, you can't exactly make a trip to the grocery store for a Butterball and bagged stuffing. For that reason, the ISS astronauts' Thanksgiving meal will include smoked turkey, cornbread dressing, green beans, potatoes, and macaroni and cheese — all from pouches.

But just like many of us here on Earth, they'll also be eating at least one thing from a can: jellied cranberry sauce.

"It's gotta stay in the shape of the can after you open it up," Morgan said, confirming his status as a true American.

The three NASA astronauts on board the station, @Astro_Christina, @Astro_Jessica and @AstroDrewMorgan, share what #Thanksgiving means to them and get a look at what the holiday in space will be like in 2019. pic.twitter.com/fEgZIHIrf7

Of course, you can't have Thanksgiving without dessert, so after they pound all the food in those pouches, the ISS astronauts will enjoy a "cran-apple dessert" — and maybe even a creative reimagining of a Thanksgiving staple.

"We were also coming up with some idea of how we could create our own pumpkin pie," astronaut Christine Koch said in the video, "maybe with a little bit of cookies stuffed in the pouch of candied yams."

Oh yeah, the menu will include candied yams in a pouch, too.