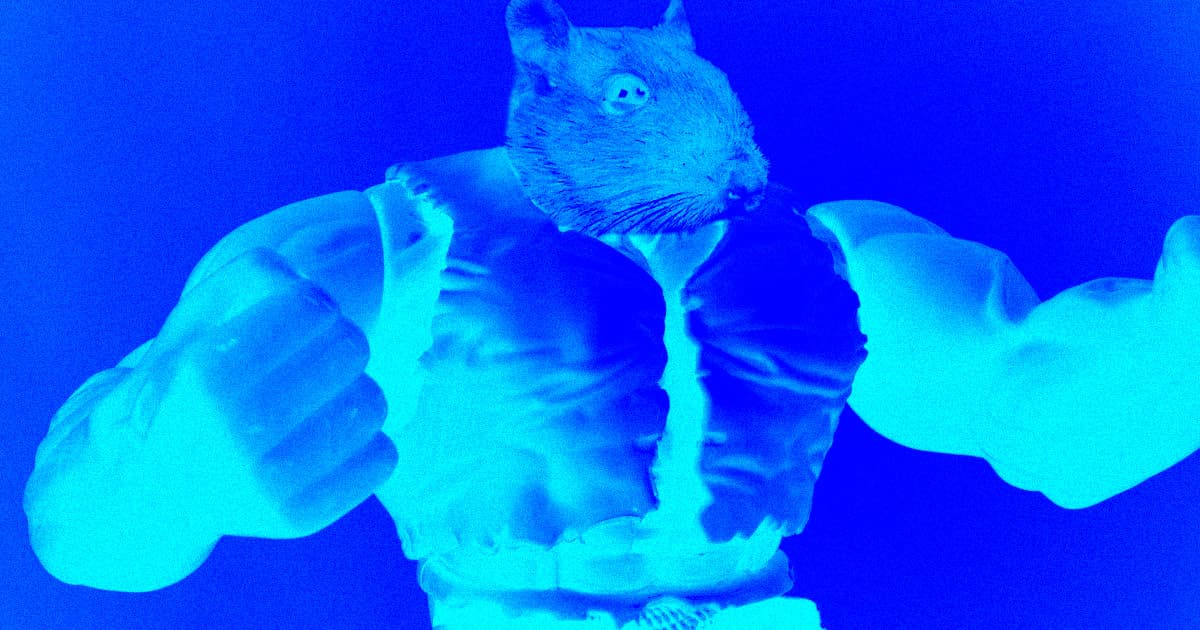 Thankfully, none got loose on the space station.

Thankfully, none got loose on the space station.

On Tuesday, a SpaceX Dragon capsule splashed down in the Pacific Ocean, bringing with it 3,800 pounds of cargo from the International Space Station.

That cargo delivery included 40 mice, eight of which scientists genetically engineered to be extremely muscular — and now that they're back on Earth, the "mighty mice" may yield insights that could help human astronauts stay healthy in space.

The 40 mice arrived on the ISS on December 8 as part of Rodent Research-19, an experiment designed to improve scientists' understanding of how microgravity affects muscle and bone loss.

Researchers engineered the eight super-buff rodents to lack the protein myostatin, which caused them to have about twice the skeletal muscle mass of the average mouse. Additionally, astronauts treated some of the non-genetically engineered mice aboard the ISS with an experimental drug that inhibits myostatin.

Now that the "mighty mice" and their companions are back on Earth, researchers can study the rodents, looking for ways to manipulate myostatin to address human muscle and bone loss.

"The knowledge we gain about microgravity’s effects on muscles and bones will help us to enhance the health of astronauts – both in space and on Earth," researcher Se-Jin Lee said in a press release, "and also better understand the promise that myostatin inhibitors hold for the elderly, people who are bedridden, and for people experiencing muscle-wasting related to diseases like AIDS, ALS, cancer, and so many others."

More on the mice: SpaceX Is Sending Super-Muscular Mice to the Space Station