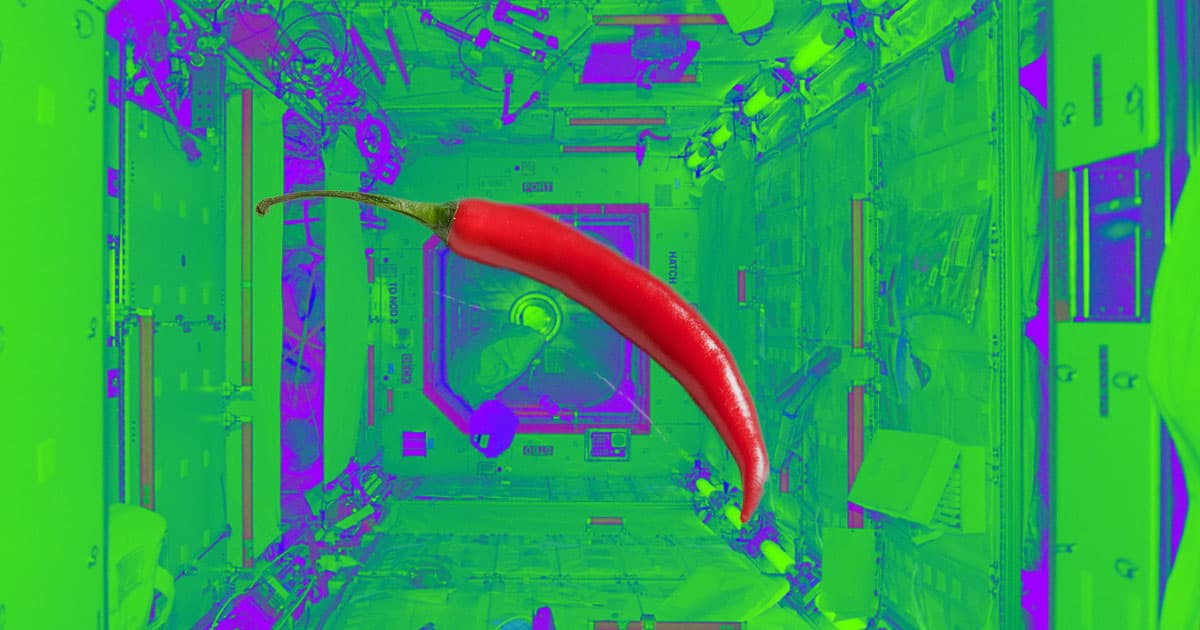 "Just imagine having a fresh pepper to bite into after months of eating cardboard."

"Just imagine having a fresh pepper to bite into after months of eating cardboard."

Crew members aboard the International Space Station have grown plenty of things in the microgravity of orbit before, including romaine lettuce and other vegetables.

But now, NASA has announced the first fruit to be grown in space before the end of this year: the humble Española pepper, otherwise known by its Latin name capsicum annuum.

The specific chili is relatively easy to grow — it grows at high altitudes and doesn't need much time to grow the chilis themselves.

"We were also looking for varieties that don’t grow too tall, and yet are very productive in the controlled environments that we would be using in space," NASA plant physiologist Ray Wheeler told the Rio Grande Sun.

The idea is to provide space travelers with nutrition and variety on much longer trips to far away destinations including Mars.

"We need to grow enough to supplement diet," Jacob Torres, scientist at NASA, told CNN. "Just like here on Earth, we can't live on the same thing."

While astronauts have plenty of food available to them brought from back home squeezed inside dehydrated packets, freshly grown foods like chili peppers could provide a priceless and very much necessary source of nutrients and vitamins.

And of course, it's a lot more exciting to eat. "Just imagine having a fresh pepper to bite into after months of eating cardboard," Torres said.

READ MORE: NASA Has Announced The First Fruit They'll Grow on The ISS, And It's Hot [Science Alert]

More on growing stuff in space: Scientists Are Trying to Figure Out How to Grow Grapes on Mars