Scientists Say There May Be "Humans" All Over the Universe 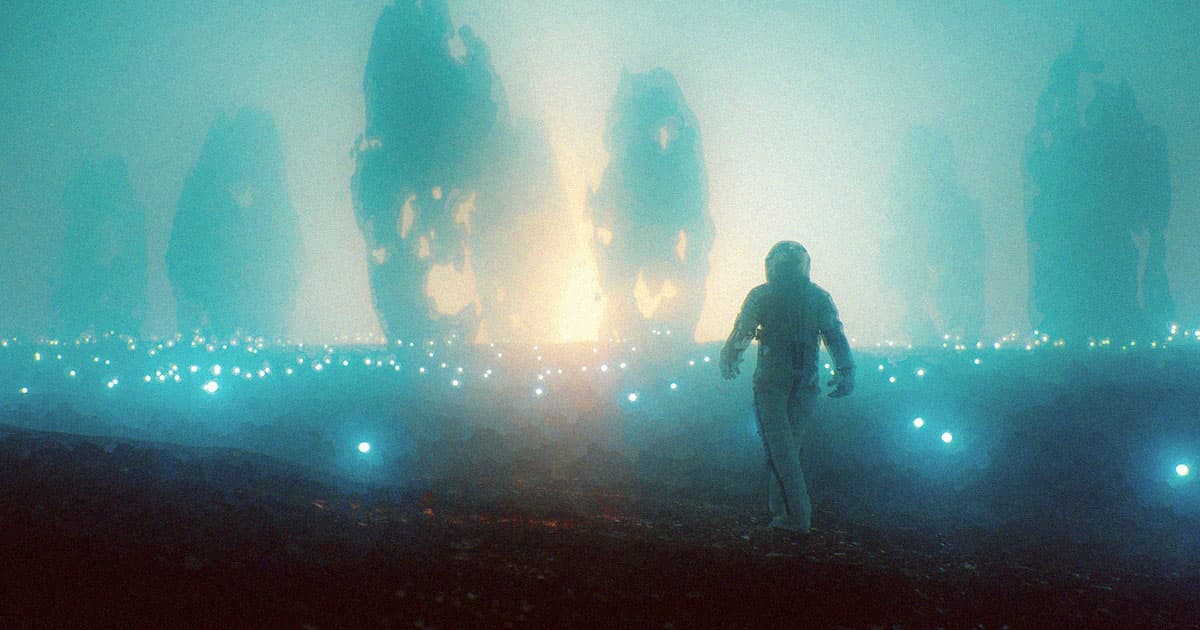 Imagine, if you will, that future humans manage to travel to other worlds and find... more humans.

According to one University of Cambridge astrobiologist, that scenario may be more likely than you'd think.

In a new interview with the BBC's Science Focus magazine, an evolutionary palaeobiologist  at the institution's Department of Earth Sciences named Simon Conway Morris declared that researchers can "say with reasonable confidence" that human-like evolution has occurred in other locations around the universe.

The core of Morris' belief comes from the theory of convergent evolution, which claims that, as Science Focus put it, "random effects eventually average out so that evolution converges, tending to produce similar organisms in any given environment." The magazine used the examples of flight, which "has evolved independently on Earth at least four times — in birds, bats, insects and pterosaurs."

In short, convergent evolution theory posits that evolution itself is a law of nature — and, as a logical endpoint, it's likely that evolution would operate the same way on different planets as it does here on Earth. In other words, it's theoretically possible that the blue and green alien humanoids you see on "Star Trek" could be, well, actually out there.

Morris isn't the only Cambridge man who believes alien life would have evolved in ways "analogous to a human."

Arik Kershenbaum, a zoologist at the rarified British institution, wrote a whole book about the concept of alien evolution.

"Because evolution is the explanatory mechanism for life everywhere," Kershenbaum told Quanta magazine earlier this year, "then the principles that we uncover on Earth should be applicable in the rest of the universe."

Kershenbaum argued that while it's "tempting" to envision alien races who don't have the same cultural interests humans have, such as philosophy and literature, we have to remember that they didn't just spring up out of a vacuum as advanced technological beings. Even alien lifeforms with greater technology than humans, Kershenbaum said, would have "evolved from a pre-technological species."

It's compelling to imagine other worlds where humanoid lifeforms, in Kershenbaum's wording, are "singing and dancing and telling stories" just like on Earth. And if the laws of evolution are as strong as Darwinists like Kershenbaum and Morris believe, that ups both our propensity for relating to and communicating with aliens — and, unfortunately, for warring with them as well.

Read This Next
Futurism
Evolutionary Biologist: Mars Colonists Will Mutate Really Fast
Aye LMAO
Harvard Astronomer Predicts What First Alien Contact Will Be Like
Ice Ice Baby
NASA's Nuclear-Powered Tunneling Bot Could Hunt for Life on Europa
Futurism
A Beautiful, 20-Year Old "New" Discovery: Jupiter Moon's Massive Liquid Plumes
Futurism
Here's What Alien Life on Saturn's Moon May Look Like
More on Off World
War From Space
Yesterday on the byte
Astronaut Says the Ukraine War Is So Brutal He Could See It From Space
Ashes to Ashes
Yesterday on the byte
NASA Lander Looks Beat as Hell in Final Selfie Before Death
Glimmers of Hope
Tuesday on the byte
Boeing's Starliner Mission Is Going Surprisingly Well, Actually
READ MORE STORIES ABOUT / Off World
Keep up.
Subscribe to our daily newsletter to keep in touch with the subjects shaping our future.
+Social+Newsletter
TopicsAbout UsContact Us
Copyright ©, Camden Media Inc All Rights Reserved. See our User Agreement, Privacy Policy and Data Use Policy. The material on this site may not be reproduced, distributed, transmitted, cached or otherwise used, except with prior written permission of Futurism. Fonts by Typekit and Monotype.