Tech for interstellar travel is opening up new worlds to the human species. 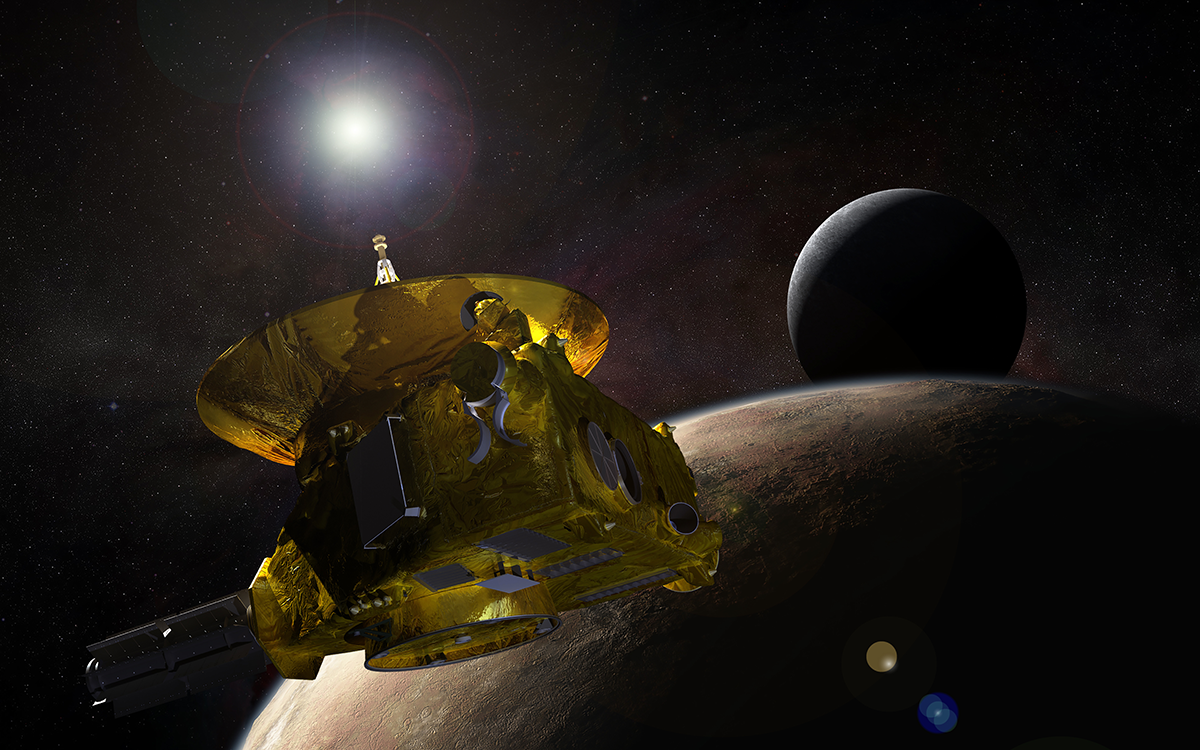 Multiple countries including the U.S. have plans to reach other stars, but there is a series of major challenges to overcome before we'll be able to engage in that kind of interstellar travel successfully. Fortunately, there are many researchers working on this problem, and a range of possible solutions are under development that may eventually present us with a workable method for long-distance space exploration.

The first issues we are working to solve is just taking off against the pull of gravity, and the biggest factor overcoming the cost of takeoff is reusability. At the moment, SpaceX is leading the industry in this, having recently launched three missions in nine days. The company is now preparing to launch the Falcon Heavy this summer, as part of the SpaceX plan to take passengers to Mars by 2025.

The Breakthrough Starshot initiative, backed by heavyweights like Stephen Hawking and Mark Zuckerberg, aims to launch a fleet of lightsails carrying thousands of wafer-sized chips into Earth's orbit — and then far beyond — via laser. They will coast at about one-fifth of the speed of light for about 20 years, gathering scientific data about our closest galactic neighbors.

To work, the lightsails must be extremely lightweight, minimally absorbent, and maximally reflective — and so far, we don't yet have a material that would be usable. However, researchers are hoping that artificial intelligence systems might come up with the answer as they test and catalog material properties at much faster rates than are possible for humans. The Breakthrough Starshot minds hope to launch within two to three decades.

NASA is working on a similar solar sail technology, but theirs doesn't need lasers to get up to speed. Called the Heliopause Electrostatic Rapid Transit System (HERTS), the sail is made of aluminum wires that extend like spokes from a central hub. The wires are positively charged, causing a repulsive effect from the pressure of the solar electrons, incrementally accelerating whatever the sail is carrying.

NASA hopes to deploy HERTS between 2025 and 2030. Still other researchers are working on possible follow up projects for the Breakthrough Starshot already — even longer explorations whose data jackpots would be harvested by our grandchildren's grandchildren.

Speeding to the Stars

Speed is another major problem for interstellar travel. Even the speed the Breakthrough Starshot hopes to achieve for its tiny nanocraft vessels, which will represent a speed 1,000 times faster than any other achieved for any human-made machine, will require a trip of 20 years — and that's just to Alpha Centauri, our closest neighbor in terms of star systems.

Princeton Satellite Systems, backed by NASA, is experimenting with fusion-powered rockets which would solve some of the speed and energy storage problems we now see with existing spacecraft. However, these systems would not be useful for human space travel because of the high levels of radiation they produce. Plasma engines are another area of research, but thus far researchers can't build them to last long enough to reach any stars. However, once they can breach this durability standard, the plasma engine may be a useful alternative.

These types of technologies and their potential to carry us to new star systems are important for a number of reasons. Many of us have enough natural curiosity about the universe to make space travel seem like a worthy goal, irrespective of the many hurdles that stand in the way. Each time we send even mere probes into space, we are rewarded with masses of scientific information that would otherwise be utterly unknown. The global scientific community has been able to make great use of each batch of data that has come from space, expanding our understanding of the universe and ourselves.

However, there's more at stake than scientific knowledge. Some, like Hawking, take a more pragmatic approach. He sees interstellar travel and the colonization of other worlds as providing a kind of species insurance for humanity, whose on-Earth future is looking less and less certain (at least to some).

Our interstellar explorers, whether they are people in spacecraft or tiny nanocrafts carried by sails, will tell us what we need to know about which planets may be suitable for human colonization. Without continuing to reach out, we will certainly be tethered here, but if we work on the knotty problems presented by space travel, we present ourselves with a choice.

Read This Next
Hall Effect
Test Suggests Ion Thrusters Could Power Crewed Interplanetary Missions
Rolling Coal
Space Travel Will Absolutely Gut the Environment, Scientists Warn
See Ya Later
Scientist Proposes Using Entire Planet as Spaceship to Different Star System
Brands We Love
‘Spaceteam’ Turns the Horrors of Deep Space Travel Into a Fun Card Game
Space Walk
Under Armour is Making Spacesuits for Virgin Galactic
More on Off World
Final Selection
Yesterday on the byte
NASA Finalizing Secretive Decision on First Astronauts for the Artemis Moon Mission
CHON: Legacy
Jan 29 on the byte
James Webb Discovers Coldest Ice in Known Universe, Harboring Molecules Essential For Life
Is There?
Jan 29 on the byte
NASA Setting Up Facility For Mars Rock Samples That Might Contain Alien Life
READ MORE STORIES ABOUT / Off World
Keep up.
Subscribe to our daily newsletter to keep in touch with the subjects shaping our future.
+Social+Newsletter
TopicsAbout UsContact Us
Copyright ©, Camden Media Inc All Rights Reserved. See our User Agreement, Privacy Policy and Data Use Policy. The material on this site may not be reproduced, distributed, transmitted, cached or otherwise used, except with prior written permission of Futurism. Articles may contain affiliate links which enable us to share in the revenue of any purchases made.
Fonts by Typekit and Monotype.