They could take spaceships towards planets and stars, take us deeper into space than ever before, and even deflect asteroids. 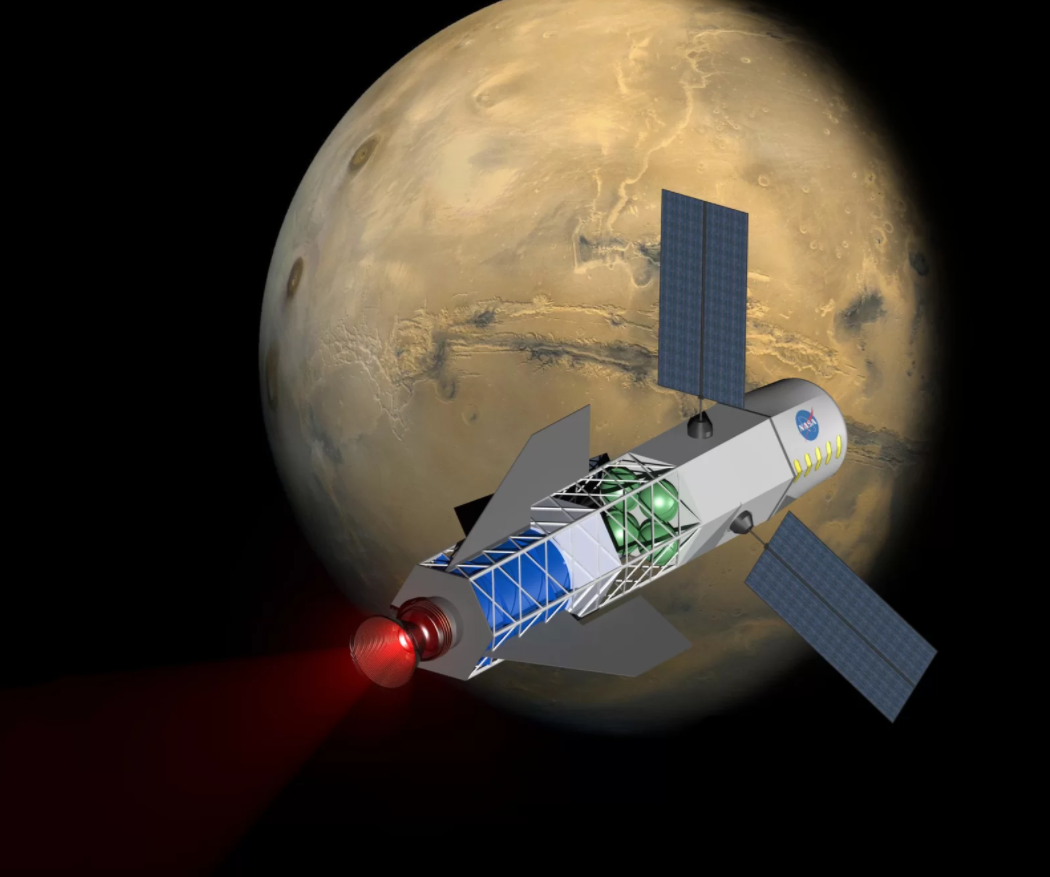 Image by University of Washington, MSNW

Princeton Satellite Systems, which is funded by NASA, has announced the possibility of fusion reactor rockets which could — according to the company's president Michael Paluszek — "enable new and exciting science missions that are too expensive and difficult to do with today's technology." Such missions could include propelling spaceships towards planets and stars, exploring space deeper than we ever have before, and deflecting asteroids.

Fusion rockets are propelled by the same nuclear processes that power stars. They can produce more energy — and do so more efficiently — than traditional chemical propellant or ion drive designs. Princeton Satellite System's design uses nuclear fusion by heating a mix of deuterium and helium-3 with low-frequency radio waves, then harnesses the energy produced with magnetic fields. This technique confines the resulting plasma in a ring. As the plasma spirals out of the ring, it can be directed towards the blasters.

While this system would prove expensive for bigger projects (around $20 billion), the smaller rocket — estimated to be 1.5 meters (4.9 feet) in diameter and 4 to 8 meters (13 to 26 feet) long — would only cost about $20 million per generator; ten times cheaper than the larger model.

Cost aside, there are still two other significant obstacles: first, the system would emit so much radiation that it would preclude the propulsion of any spacecraft with humans aboard, and second, while one generator may only cost the relatively small sum of $20 million, each ship would have to contain multiple generators to ensure both the stability of the plasma, and to make them capable of achieving the speeds the rockets aspire to.

Other Projects on the Horizon

Space travel has become a trend among the world's tech elite, with many big names in technology working to develop canny ways explore the final frontier further, ideally by sending humans into outer space to guide those expeditions.

Paul Allen recently revealed the world's largest plane, which aims to take spacecraft to the atmosphere, thereby reducing the amount of energy required to launch spacecraft from Earth.

Elon Musk has had a series of successful test runs for reusable rockets, including the Dragon spacecraft's second landing at the International Space Station. He plans to test the Falcon Heavy rocket, designed to take people to the moon, in the next few months.

Related to one of the fission rocket's goals of transporting robots to make observations of never-before seen parts of the galaxy is NASA's mission to 'touch the sun' with its Parker Solar Probe. The probe will investigate solar wind and gather more data on our closest star than we've ever had before.

Gaining a deeper understanding of and visiting space has never been closer in our reach. Ideas like these are endlessly exciting and may be a sign that we may be entering the golden age of space travel.