Elon Musk: The Rocket That Will Eventually Take Humans to the Moon Will Launch in 4 Months 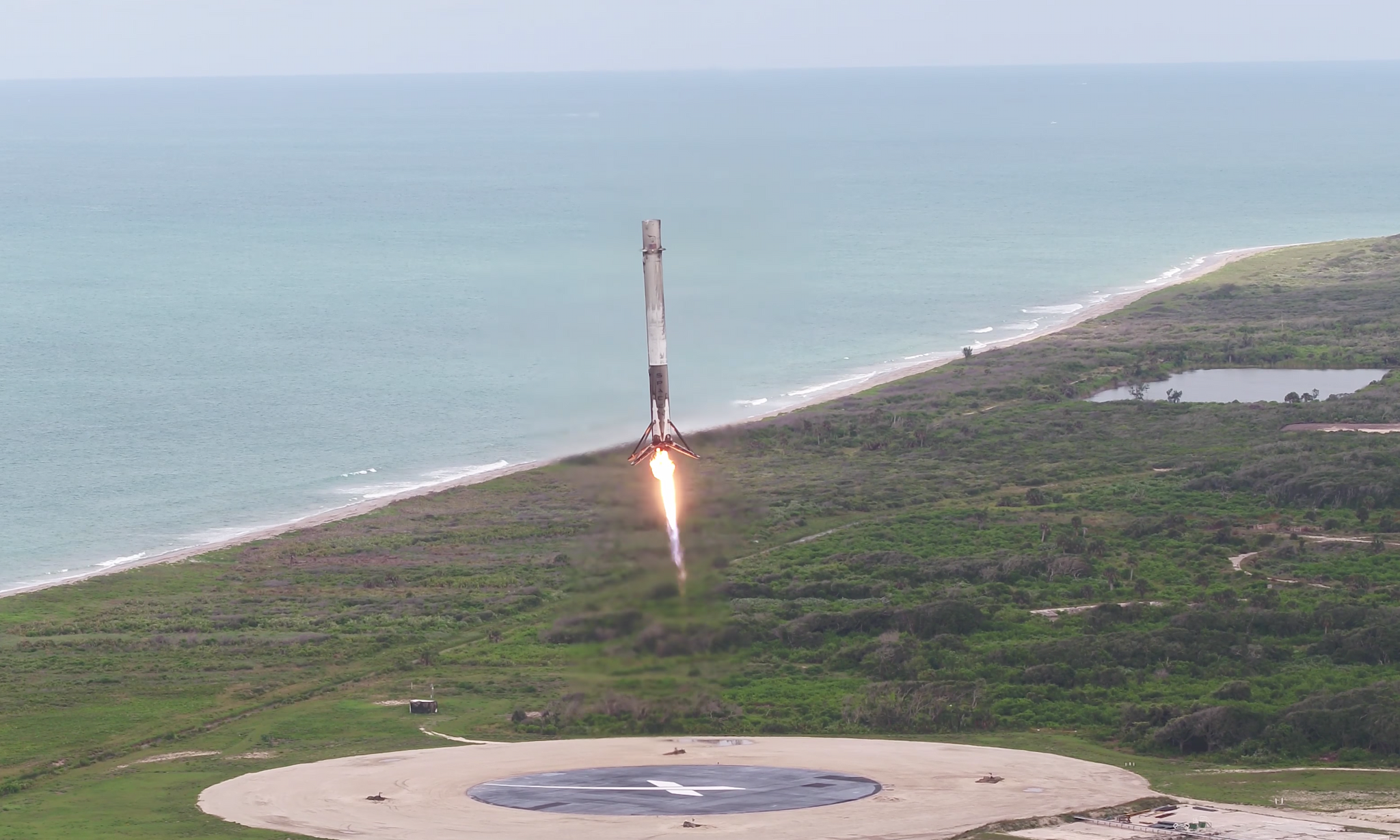 Elon Musk is having a rather good week. He put on an excellent showing at Tesla's annual shareholder's meeting, and today, the news broke that Tesla's stock price has surged. The company is listed on the Fortune 500 list for the first time ever. But of course, we cannot forget about another of Musk's revolutionary outfits: SpaceX.

Musk's space company has a number of milestone event planned for the coming months. Case in point, a few moments ago, a question from a Twitter user sparked an update from Musk on the company's plans to launch the Falcon Heavy, SpaceX's massive rocket that will one day take humans to the Moon.

All Falcon Heavy cores should be at the Cape in two to three months, so launch should happen a month after that

In the tweet, Musk confirmed that we will be seeing the rocket launch in just four months, at the end of the summer.

The Falcon Heavy will be the most powerful rocket in the world, capable of launching 54 metric tons (119,000 lb) of cargo and crew into space. The rocket will be used to boost the first space tourists to the Moon in a launch expected to take place in 2018. The entire journey is expected to take about six to seven days.

The Falcon Heavy will likely also play a role in preparing SpaceX for the highly anticipated first manned missions to Mars, set to happen by 2025.

We look forward to the upcoming launch and all the promise that its success will bring.

Read This Next
Makeover Scene
Space Tourist Says He's Thinking About Flying SpaceX Craft Up to Fix Hubble
Grain of Salt
There's a Huge Problem With Elon Musk's Promise to Bring Starlink to Iran
Sluggo Mode
SpaceX Has a Major Problem With Its Starlink Internet Connections
Dumpster Fire
SpaceX Tested Starship's Engines and Accidentally Caused a Large Fire
Classified
Here's What the Former Head of NASA Has to Say About the Moon Mission Delay
More on Off World
Down To Earth
7:44 PM on the byte
The Payload NASA Shot Into Sky With Giant Gun Came Down So Hard They Needed to Dig It Out With an Excavator
You're on Camera
6:53 PM on the byte
ISS Astronaut Snaps Photo of Florida Draining After the Massive Hurricane Ian
Jupiter's Moons
6:15 PM on the byte
Awesome Video Shows Jupiter's Moons in Comparison to NYC
READ MORE STORIES ABOUT / Off World
Keep up.
Subscribe to our daily newsletter to keep in touch with the subjects shaping our future.
+Social+Newsletter
TopicsAbout UsContact Us
Copyright ©, Camden Media Inc All Rights Reserved. See our User Agreement, Privacy Policy and Data Use Policy. The material on this site may not be reproduced, distributed, transmitted, cached or otherwise used, except with prior written permission of Futurism. Articles may contain affiliate links which enable us to share in the revenue of any purchases made.
Fonts by Typekit and Monotype.