Escape... from a dying star. 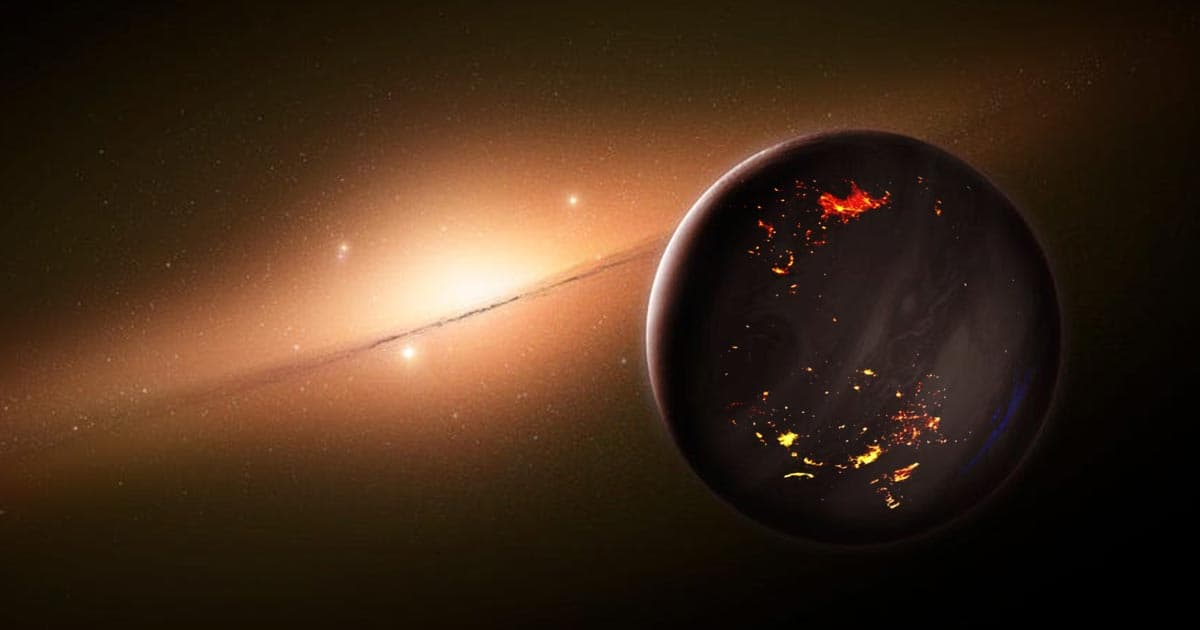 Even at the speed of light, it would take over four years to get to the nearest star system.

Needless to say, escaping a solar system is much easier said than done. But according to a new paper published in the International Journal of Astrobiology and spotted by Universe Today, an advanced civilization could do exactly that — by using an entire planet as a giant spacecraft.

In other words, according to Houston Community College professor Irina Romanovskaya, a rogue planet could act as a lifeboat, letting a civilization leave its old host star behind.

"I propose that extraterrestrial civilizations may use free-floating planets as interstellar transportation to reach, explore, and colonize planetary systems," Romanovskaya wrote.

Nature may have already inadvertently done just that by shooting rogue planets with habitable subsurface oceans through the cosmos. Astronomers have long suspected the existence of a region enveloping the solar system called the Oort Cloud, a region enveloping our system that's suspected to be home to tiny, icy planets.

If we commandeered such a world, Romanovskaya proposes, it could provide everything needed to survive the long journey.

If such a planet were inhospitable or too dark, the astronomy professor suggests advanced civilizations may have already developed technologies such as fusion reactors to make them habitable.

Romanovskaya proposes that "cosmic hitchhikers" could one day use objects like Sedna, a dwarf planet with an eccentric orbit in our deep solar system, as means of escape.

One potential problem with hitching a ride on a rogue planet, however, is that its core could run out of heat and "eventually fail to sustain oceans of liquid water (if such oceans exist)," Romanovskaya wrote.

They'd also be really far away from any other resources important for a civilization's survival.

The theory also raises the intriguing possibility that SETI researchers could try to spot any aliens employing a planet as a transportation device.

Which means it may be possible for us to catch a glimpse of a civilization during its great escape — and perhaps learn a thing or two, in case the Sun threatens the Earth by turning into a deadly red giant in the distant future.

Read This Next
Sky Eye
Sorry, But New Signal Is Definitely Not Aliens, Says Scientist Working on Project
Futurism
“Magnetic Sails” May be the Key to Interstellar Spacecraft
Futurism
One Scientist Has a Plan to Send the Building Blocks of Life to Distant Exoplanets
Futurism
When Will the First Human Leave the Solar System?
Futurism
These Projects Could Take Us to the Stars in the Next 20 Years
More on Off World
TMNT
Jul 1 on the byte
Chunky Turtle Spotted Near NASA's Mega Moon Rocket
Cloud Spotting
Jun 30 on the byte
NASA Needs Your Help Spotting Clouds On Mars
Rolling Coal
Jun 29 on futurism
Space Travel Will Absolutely Gut the Environment, Scientists Warn
READ MORE STORIES ABOUT / Off World
Keep up.
Subscribe to our daily newsletter to keep in touch with the subjects shaping our future.
+Social+Newsletter
TopicsAbout UsContact Us
Copyright ©, Camden Media Inc All Rights Reserved. See our User Agreement, Privacy Policy and Data Use Policy. The material on this site may not be reproduced, distributed, transmitted, cached or otherwise used, except with prior written permission of Futurism. Fonts by Typekit and Monotype.