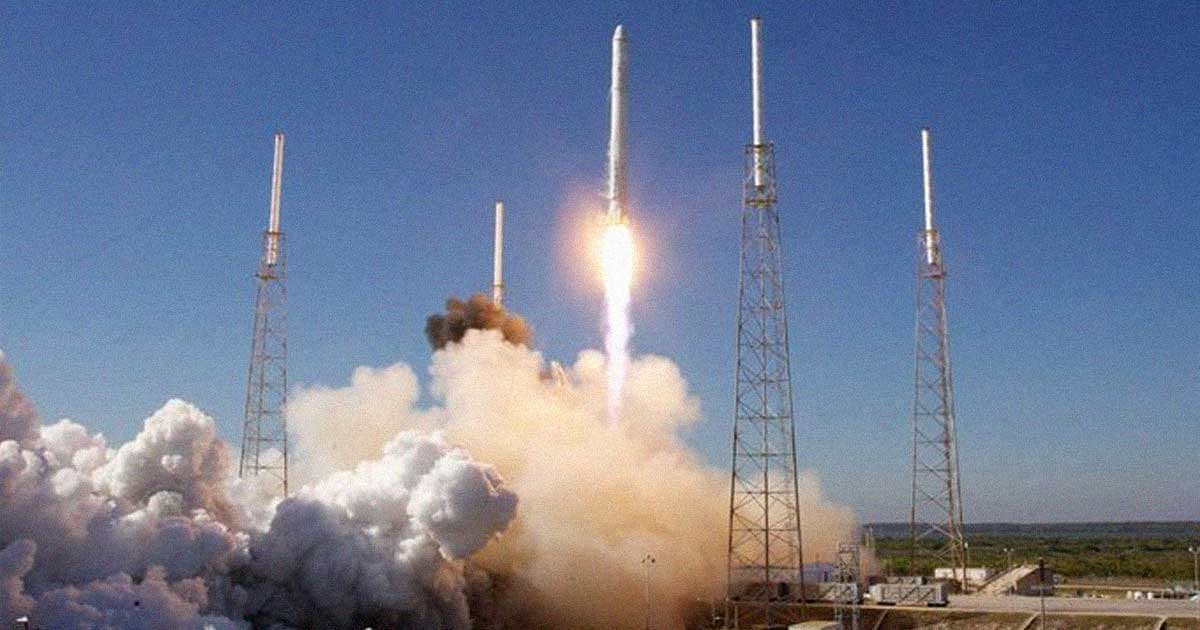 Space travel is undoubtedly one of the most exciting frontiers in science, especially now that there's significant private investment from companies like SpaceX — but it comes at a significant cost as well.

With launch rates in recent decades tripling according to the National Oceanic and Atmospheric Administration (NOAA), as well as significant investments in space tourism, the damage space travel may do to the environment may no longer be as negligible as once believed.

In fact, if we continue on our current course, projected levels of increased spaceflight would damage the ozone and increase annual temperatures in the stratosphere by up to four degrees Fahrenheit,  a new study by a team of researchers led by Cooperative Institute for Research in Environmental Science scientist Christopher Maloney, has found.

The most problematic byproduct of rocket launches which the researchers focused on is black carbon, otherwise known as soot, which absorbs sunlight and retains heat. According to the NOAA, rockets used in spaceflight currently release a baseline of 1,000 tons of the stuff per year.

Assuming a tenfold increase in hydrocarbon fueled launches within the next 20 years — which the regulator asserts is in line with current rocket launch growth rates — the researchers estimate that the resulting increase in temperature could cause changes in atmospheric circulation and reductions of the ozone, particularly in the northern hemisphere.

And that's a big problem, as the ozone resides in the stratosphere and is strongly affected by changes in temperature and circulation. Combine that with the fact that the stratosphere is sensitive to even modest increases in black carbon, and you have a recipe for disaster.

"We need to learn more about the potential impact of hydrocarbon-burning engines on the stratosphere and on the climate at the surface of the Earth," said Maloney in a press release about the work. "With further research, we should be able to better understand the relative impacts of different rocket types on climate and ozone."

Space flight emissions are also potentially more damaging than airplane emissions, according to the NOAA, because they’re the only form of direct human aerosol pollution present above the troposphere where it can do the most damage to the ozone in particular.

Although we're still sitting at around 1,000 tons of rocket soot per year, the projected 10,000 tons by NOAA doesn’t seem very far off. Of course, it’s possible that we develop cleaner methods of spacecraft propulsion — but even then, will that be enough to offset the projected industry growth?

So while our sights are set on space tourism and landing humans on the Moon, we might need to come back down to Earth, literally, and consider if it’s worth the potential damage to our planet.

More on rocket launches and the environment: Rocket Launches Are Shockingly Bad for the Environment

Read This Next
Makeover Scene
Space Tourist Says He's Thinking About Flying SpaceX Craft Up to Fix Hubble
Grain of Salt
There's a Huge Problem With Elon Musk's Promise to Bring Starlink to Iran
Sluggo Mode
SpaceX Has a Major Problem With Its Starlink Internet Connections
Dumpster Fire
SpaceX Tested Starship's Engines and Accidentally Caused a Large Fire
Classified
Here's What the Former Head of NASA Has to Say About the Moon Mission Delay
More on Off World
Appetite for Dest...
Yesterday on the byte
Black Hole In "Hyper-Feeding Frenzy" Chews Through Stars and Shoots Its Leftovers Towards Earth
Lunar RGB
Wednesday on the byte
NASA Shows Off Artemis "Party Mode," Powered by Amazon (TM) Alexa (TM)
Putting Things In...
Tuesday on futurism
Amazing Artemis Photo Shows Every Human, Alive or Dead, Plus the Moon
READ MORE STORIES ABOUT / Off World
Keep up.
Subscribe to our daily newsletter to keep in touch with the subjects shaping our future.
+Social+Newsletter
TopicsAbout UsContact Us
Copyright ©, Camden Media Inc All Rights Reserved. See our User Agreement, Privacy Policy and Data Use Policy. The material on this site may not be reproduced, distributed, transmitted, cached or otherwise used, except with prior written permission of Futurism. Articles may contain affiliate links which enable us to share in the revenue of any purchases made.
Fonts by Typekit and Monotype.