Perhaps microbial life was building on Mars long before we were on this planet. 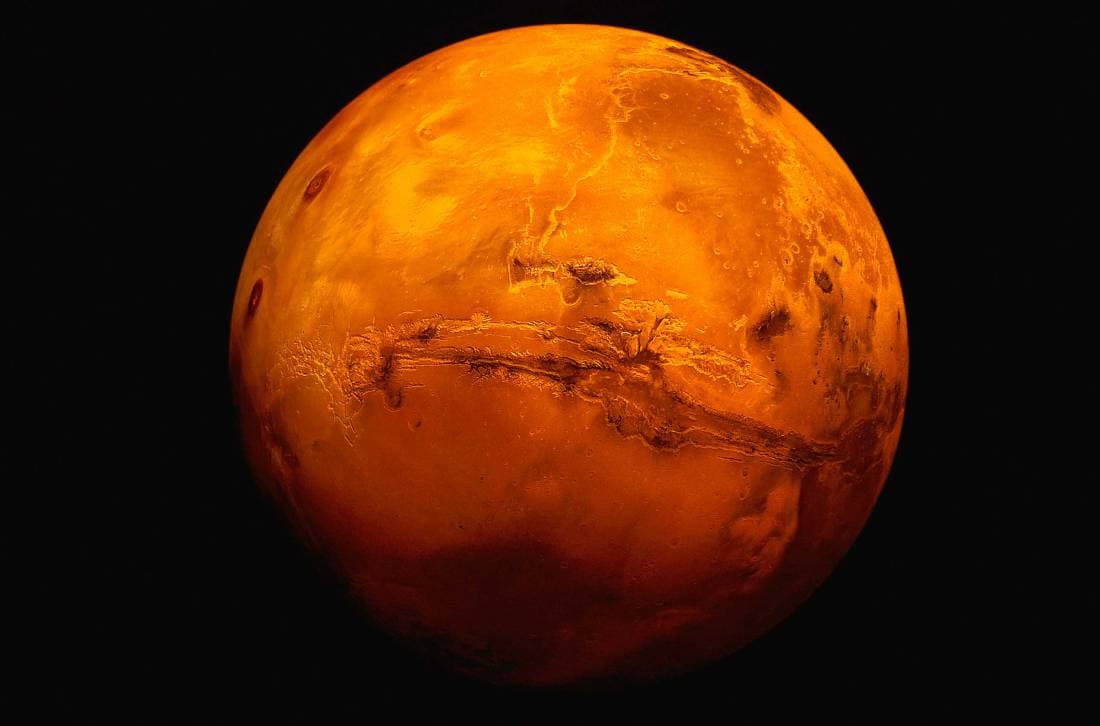 In 2007, NASA's unmanned Spirit Rover wheeled across Mars, taking photographs and data, until it eventually got stuck in soft red soil two years later. Photographs of hot spring silica deposits were seen, but was thought to be just another geological structure. That is until quite recently when two geologists discovered similar deposits here on Earth, and found that these structures are made by tiny organisms—now suggesting existence of the organisms on the Red Planet.

Arizona State University geologists Steven Ruff and Jack Farmer's research is detailed in Nature Communications. They contrasted the Spirit's study on the Mars Home Plate with their findings in the El Tatio Chilean hot springs, a place known to be the best"Mars analog" because of its high elevation, extreme freeze-thaw temperatures, and high exposure ultraviolet rays. Ruff described the mineral outcrops found in El Tatio to be "the most Mars-like of any silica deposits on Earth."

The finger-like silica deposits found in Home Plate were poorly misunderstood. Now, the geologists have determined that microbes play a major role in forming the silica deposits, suggesting that the same has been occurring on Mars.

The ASU researchers' discovery prompts future explorations to search specifically for the possible biosignatures in the silica structures. NASA has announced plans to send a new rover to Mars in 2020, and this new mission, which is yet unnamed, could be specifically instrumented and prepared for the search for microbial life.

Today, continued study about Mars' dynamic system is ever-imperative as plans to send humans there loom closer to materialization. These discoveries could greatly alter preparations from SpaceX and NASA before we can finally set up camp on the Red Planet.

Read This Next
A Sip of Opal
NASA Discovers Precious Gemstones on Mars
Martian Oases
Scientist Proposes Growing a Forest Inside a Bubble on Mars
Big Impact
Meteorite Hit Mars So Hard NASA Thought It Was a Quake
Palliative Care
NASA's Mars Lander Refuses to Die Even Though It's Supposed To
Signs Of Life
NASA Seems Awfully Excited About Finding Organic Matter on Mars
More on Off World
Floodgates
Yesterday on the byte
Astronomers Complain That the JWST Is Producing Too Much Data, Too Fast
Til Death
Yesterday on the byte
Buzz Aldrin Marries His Employee at the Young Age of 93
Snowball Moon
Jan 22 on the byte
Something Weird Is Happening on Saturn's Snow-Covered Moon, Scientists Say
READ MORE STORIES ABOUT / Off World
Keep up.
Subscribe to our daily newsletter to keep in touch with the subjects shaping our future.
+Social+Newsletter
TopicsAbout UsContact Us
Copyright ©, Camden Media Inc All Rights Reserved. See our User Agreement, Privacy Policy and Data Use Policy. The material on this site may not be reproduced, distributed, transmitted, cached or otherwise used, except with prior written permission of Futurism. Articles may contain affiliate links which enable us to share in the revenue of any purchases made.
Fonts by Typekit and Monotype.