Scientists: We Most Likely Won't Ever Be Able to Communicate With Extraterrestrials

A new paper outlines the ways in which an alien society may understand astronomy, and not understand us. 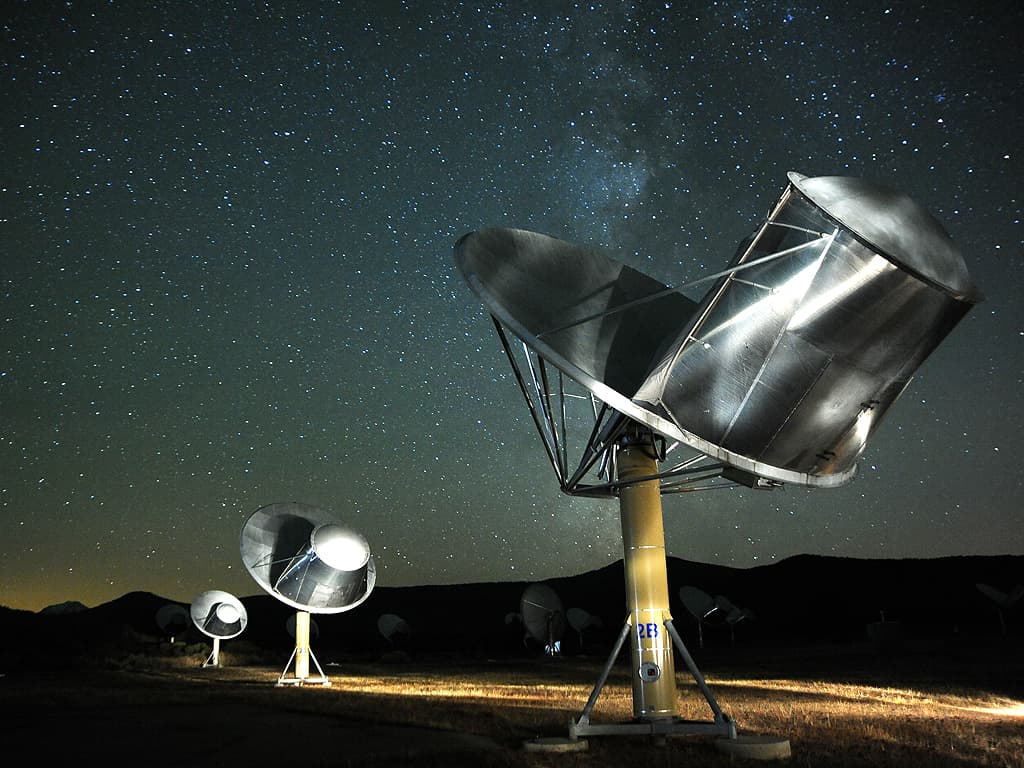 When we imagine extraterrestrial intelligences, we usually think of something approximately like us—even if they may look a little unusual, possessing the requisite slimy tentacles or bug eyes. In fact, there’s even a term for such hypothetical creatures: “bug-eyed monsters” (or BEMs).

However, according to a new paper published at a meeting of the Search for Extraterrestrial Intelligence (SETI) in Puerto Rico, scientists will have to rethink the perceptual and sensory capabilities of potential alien civilizations—for instance, they may not have eyes at all, “bug-like” or otherwise.

The paper, “Alternative Perceptual Systems and Discovery of Basic Astronomical Phenomena,” centers on the idea that alien intelligences may possess sensory systems in which electromagnetic perception—what we call “sight,” which is based on our ability to perceive light—has no part at all to play.

And there’s a great deal to recommend this notion.  For instance, many of the potentially habitable worlds that have been identified in recent years provide environments that would likely favor non-visual perception.  A number of these worlds are unusual “super-Earths” circling red dwarf stars; as a result of their short orbital periods, they are tidally locked with their primaries—forever presenting a single face to their suns.

Such a planet would favor the evolution of life on the twilight strips between the scorching sunward and the frigid space sides, where there would be less of a premium on visual senses.  And even those planets that aren’t tidally locked might be conducive to a similar evolutionary development.  Imagine worlds with excessive cloud cover, like Titan, or deep oceans that may be ice-covered, like Europa.

The point made in the paper is that what distinguishes human beings is not their sensory acuity, but rather the versatility of the intellectual organ that interprets such limited data.  So the authors imagined alien species possessing the same sort of mental dexterity as our own species, and in every way identical to us—including even living on an Earth-like planet with a large natural satellite—save that they are incapable of registering EM radiations.

In a nod to science fiction author Douglas Adams, as well as one species of sightless cave-dwelling insect, the authors dubbed their hypothetical race “Krikkits,” and set about imagining their cultural and technical evolution.  Possessing a limited echolocation sense, the Krikkits would by degrees achieve an advanced technological civilization, experiencing no handicap through their inability to perceive light.

Still, their scientific development would proceed very differently from our own; for instance, their knowledge of astronomy would come late in their career.  The authors imagine the Krikkits only learning of the existence of their moon and the stars after they have developed an industrial society—specifically, after their discovery of magnetism and electricity, and the subsequent evolution of radar and radio technology.

The importance of the study is what it would mean for communicating with an alien intelligence.

Any messages we might exchange would inevitably betray the perceptual biases of each race; and it might make them mutually unintelligible.  The Krikkits’ scientific knowledge, for example, would have confusing gaps, as a result of the different path the history of science took on their world; too, any image-based message, such as the one sent from Arecibo in 1974, would be entirely meaningless to the Krikkits.

It’s a sobering thought.  Our long-anticipated First Contact may amount to nothing—all through want of a common perceptual framework.

Read This Next
Warped Perspective
Scientists Propose Method for Detecting Alien Warp Drive Activity
Outing Life
Swiss Government Scientist Says We May Be on the Brink of Discovering Alien Life
Aquatic Aliens
Experts Puzzled by Harvard Scientist Looking for Alien Wreckage in Ocean
Sky Eye
Sorry, But New Signal Is Definitely Not Aliens, Says Scientist Working on Project
Space Invaders
Study: There May Be as Many as Four Evil Civilizations in Our Galaxy
More on Off World
Trashing Orbit
Yesterday on the byte
Elon Musk Says SpaceX May Build Starship That Dies on Purpose
Cat and Mouse
Yesterday on the byte
SpaceX to Launch "Hunter" Satellites for Targeting Rival Spacecraft
Space In Space
Yesterday on the byte
NASA Official Admits There's a Bit of an Issue on the Space Station
READ MORE STORIES ABOUT / Off World
Keep up.
Subscribe to our daily newsletter to keep in touch with the subjects shaping our future.
+Social+Newsletter
TopicsAbout UsContact Us
Copyright ©, Camden Media Inc All Rights Reserved. See our User Agreement, Privacy Policy and Data Use Policy. The material on this site may not be reproduced, distributed, transmitted, cached or otherwise used, except with prior written permission of Futurism. Articles may contain affiliate links which enable us to share in the revenue of any purchases made.
Fonts by Typekit and Monotype.