These three newly discovered worlds are the best targets for the search for alien life. 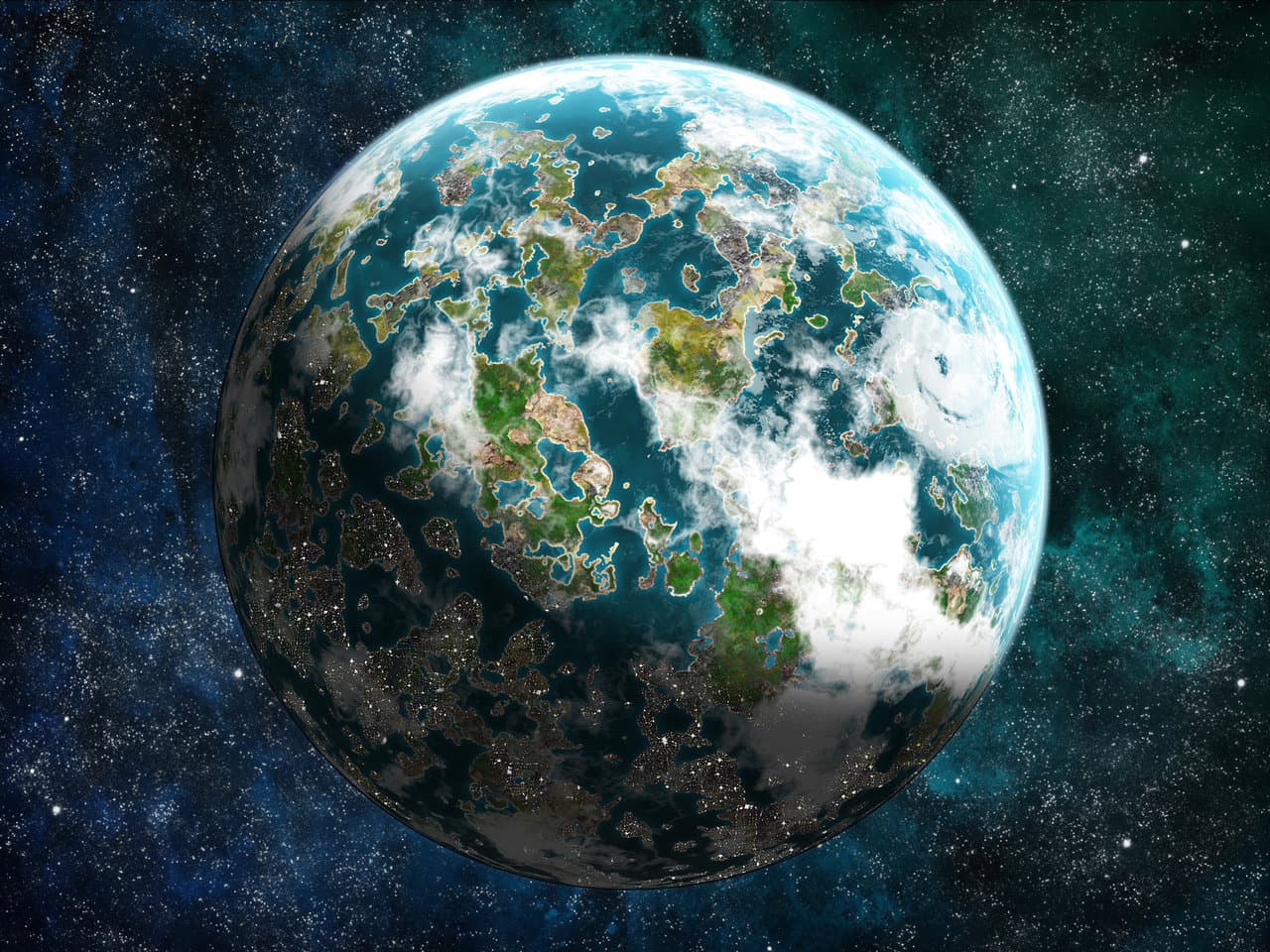 Scientists have found planets that could possibly house alien life, and they're only 40 light-years away from Earth. This is the first time these three planets were detected, thanks to the Transiting Planets and Planetesimals Small Telescope (TRAPPIST).

The newly discovered trio of planets, with temperatures and sizes comparable to those of Earth and Venus, certainly have scientists talking. In fact, these three worlds are now considered the best targets for the search for life outside our solar system.

So, if the planets are habitable (or already have inhabitants) what would they look like? Well, because the star that they orbit is so small and cool, the life would have had to adapt to a rather different kind of light—infrared.

“Fortunately, we may be able to answer these questions in the near future, as the geometry of the system makes it likely that we will be able to detect the atmospheric gases of these planets in the next decade with the launch of the James Webb Space Telescope,” said study author Adam Burgasser, a professor of physics at the University of California San Diego.

“This facility will allow us to search for biogenic gases—oxygen or methane for example—that would firmly indicate the presence of life, or search for other gas species that would tell us about the planets' compositions, geothermal activity and evolutionary history,” Burgasser adds.

"These planets are so close, and their star so small, we can study their atmosphere and composition, and further down the road, which is within our generation, assess if they are actually inhabited,"co-author Julien de Wit says. "All of these things are achievable, and within reach now. This is a jackpot for the field."

But Just How Habitable Are They?

Before the James Webb can tell us more, though, scientists have made some determinations about the planets' habitability.

To begin, all three of the planets are tidally locked, with permanent day and night sides. Despite temperature extremes on two of the planets, the so-called "Goldilocks Zone" (where the temperature is just right for things like liquid water), does exist on their western sides. Here, it may be temperate enough to sustain conditions suitable for life.

Better yet, the third planet, which exists farthest from its star, may be entirely within the habitable zone.

Could Earth-like temperatures result in Earth-like creatures? We'll have to wait a little longer to find out what secrets these new additions to our cosmos hold.

Read This Next
Psychological Warfare
Experts Excoriate NASA Report Claiming James Webb Wasn't Homophobic
Origins Machines
The JWST's Data Is So Incredible That Even Those Who Built It Are Questioning Previous Science
Accuracy Wall
Harvard and MIT Scientists Warn That James Webb Data May Not Be What It Seems
Tada!
NASA Officially Unveils First Set of Dazzling James Webb Images
Search for Life
Former Astronaut Suggests Specific Planet for James Webb to Search for Life
More on Off World
Exoplanet Dance
Yesterday on the byte
Scientist Releases Amazing Video of Exoplanets Orbiting Distant Star
Space Junk News
Yesterday on the byte
Two Large Chunks of Space Debris Just Almost Collided in an Epic Disaster
Mars Drop
Yesterday on the byte
NASA's Mars Rover Perseverance Just Dropped Off Its Last Sample
READ MORE STORIES ABOUT / Off World
Keep up.
Subscribe to our daily newsletter to keep in touch with the subjects shaping our future.
+Social+Newsletter
TopicsAbout UsContact Us
Copyright ©, Camden Media Inc All Rights Reserved. See our User Agreement, Privacy Policy and Data Use Policy. The material on this site may not be reproduced, distributed, transmitted, cached or otherwise used, except with prior written permission of Futurism. Articles may contain affiliate links which enable us to share in the revenue of any purchases made.
Fonts by Typekit and Monotype.