"Our study of warp drives has paved the way for gravitational wave detection." 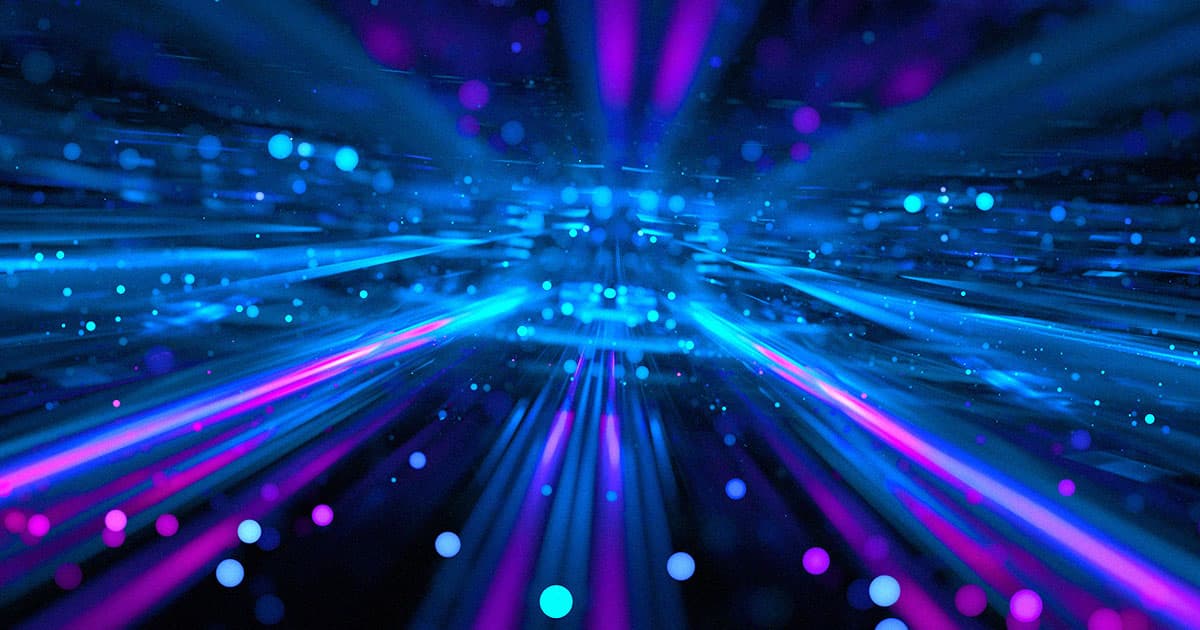 A team of scientists has proposed that we could use existing Earth-based observatories to hunt for advanced alien life forms by seeking out the activity of their hypothetical warp drives.

In a recent paper, which according to Universe Today is scheduled to be published in the Monthly Notices of the Royal Astronomical Society, the team of researchers from UCLA, Carnegie Mellon and elsewhere argues that looking for particularly types of gravitational wave signals could reveal the existence of advanced technologies capable of producing them.

Sure, it's a serious stretch — but it's nonetheless a fascinating potential new way of probing the cosmos for life.

Gravitational waves, unlike electromagnetic signals, can be detected across vast distances, as Science Alert points out, meaning that we could scan the deepest depths of the cosmos for them.

So far, the gravitational waves we've detected are believed to have been created by the collisions between black holes and neutron stars. These powerful events send out massive ripples in space and time, which have been picked up by observatories such as the Laser Interferometer Gravitational-Wave Observatory (LIGO) in the United States.

But this paper argues that alien civilizations could be creating similar ripples with warp drives, which are a purely hypothetical propulsion systems that would allow spacecraft to travel extremely close or even faster than the speed of light, since any mass can produce such an effect if it accelerates fast enough.

Despite the astronomical uncertainties involved, the researchers are optimistic.

"Our study of warp drives has paved the way for gravitational wave detection," said the paper's coauthor Gianni Martire, who's the CEO of Applied Physics, an independent group of scientists and engineers which has published a series of papers on the topic of warp drives, in a press release about the work.

Applied Physics has already teamed up with Carnegie Mellon to develop "the first machine learning-based model that will be sensitive enough to detect these warp drive signals and distinguish them from background noise," according to the statement.

But before we can start hunting for alien warp drives, our human technologies have some catching up to do.

"Gravitational wave detection is still in its infancy," admitted Manfred Paulini, professor of physics and associate dean at Carnegie Mellon University, in the statement. "Future experimental improvements will open the gates for new discoveries."

Read This Next
Outing Life
Swiss Government Scientist Says We May Be on the Brink of Discovering Alien Life
Aquatic Aliens
Experts Puzzled by Harvard Scientist Looking for Alien Wreckage in Ocean
Sky Eye
Sorry, But New Signal Is Definitely Not Aliens, Says Scientist Working on Project
Space Invaders
Study: There May Be as Many as Four Evil Civilizations in Our Galaxy
Alien Fever
Head of NASA Suggests That UFOs Could Be Alien Technology
More on Off World
Heavy Metal
6:27 PM on the byte
NASA Mars Rover Finds Metallic Object That Smashed Down on Surface
Small But Mighty
5:44 PM on the byte
Baby Asteroid Photobombs James Webb On Accident
Little Guy
3:28 PM on the byte
Scientists Prototype "Creeping" Lizard-Like Robot for Exploring Mars
READ MORE STORIES ABOUT / Off World
Keep up.
Subscribe to our daily newsletter to keep in touch with the subjects shaping our future.
+Social+Newsletter
TopicsAbout UsContact Us
Copyright ©, Camden Media Inc All Rights Reserved. See our User Agreement, Privacy Policy and Data Use Policy. The material on this site may not be reproduced, distributed, transmitted, cached or otherwise used, except with prior written permission of Futurism. Articles may contain affiliate links which enable us to share in the revenue of any purchases made.
Fonts by Typekit and Monotype.