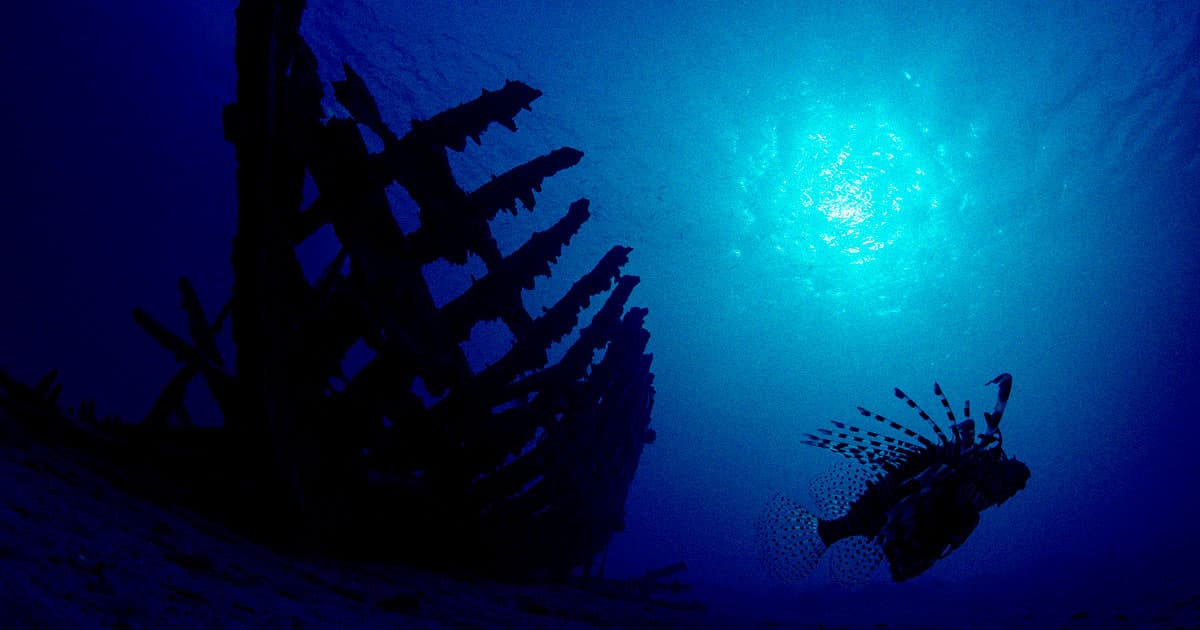 In the search for extraterrestrial intelligence, most eyes are on the sky. At least one scientist, though, thinks we should be searching the ocean floor.

That researcher, Avi Loeb — who we’ve interviewed before — is a highly regarded professor at the Harvard-Smithsonian Center for Astrophysics. Loeb's not your average nut, but he has been much more vocal about the possibility of alien life than most of his peers. That outspokenness has earned him a certain notoriety, with his eyebrow-raising hypotheses including the claim that an object that drifted through our solar system a few years back was an extraterrestrial spacecraft.

His latest adventure involves a meteor designated CNEOS 2014-01-08, which allegedly barreled into the Earth back in 2014 at over 100,000 miles per hour. At only two feet long, the meteor is thought to have disintegrated into small fragments, disappearing into the South Pacific Ocean.

Loeb believes the meteor came from beyond the solar system, and by extension may be extraterrestrial in origin. Alien or not, if true, that would make the meteor the first interstellar object of its size to hit the Earth that was observed by humans.

"It moved very fast, roughly 40 kilometers per second when it exploded in the lower atmosphere," Loeb told the Associated Press. "And from that, we can infer that it was moving much too fast to be bound to the Sun."

In writing to Salon, Loeb also claimed that the object's "material strength was twice tougher than an iron meteorite."

The Harvard astrophysicist, working with a Harvard undergraduate, submitted their findings to a peer-reviewed journal in 2019, and were promptly rejected.

According to the AP, however, a memo published in April by the U.S. Space Command seemingly vindicated Loeb and his theory that the meteor originated from beyond our solar system.

But whether the meteor is actually a piece of alien tech remains to be seen, and most scientists, understandably, are skeptical.

"If you're a satellite and you're looking at a meteor... you can get the left-to-right motion, but it's hard to tell if it's coming towards you or moving away from you," Arizona State University astrophysicist Steve Desch explained to the AP.

That would make it pretty tough to accurately calculate the object’s velocity, in other words — a key factor that most of Loeb's hypothesis hinges on.

Others astrophysicists, like science writer Ethan Siegel, were less tactful.

"The alien technology hypothesis is so far-fetched that there is no scientific reason to consider this as anything other than someone with no evidence crying wolf when there is no wolf that we have ever seen before," he told Salon, going on to call Loeb's hypothesis "an absolute travesty."

That doesn’t seem to bother Loeb, though, who’s launching a privately funded $1.5 million expedition that’ll attempt to find samples from the object by searching the bottom of the sea. Using a magnet equipped sled, Loeb and his team plan to sift through the surface of some 40 square miles of the ocean floor to hopefully pluck up the metal remains of the object.

"The ideal scenario is that in addition to tiny fragments, we would find a piece of an advanced technological device, like the hundredth version of the iPhone," Loeb told Salon. "I would love to press a button on such an object."

More on SETI: Sorry, But New Signal Is Definitely Not Aliens, Says Scientist Working on Project

Read This Next
Warped Perspective
Scientists Propose Method for Detecting Alien Warp Drive Activity
Outing Life
Swiss Government Scientist Says We May Be on the Brink of Discovering Alien Life
Sun Gazer
Researchers Want to Use the Sun As a Giant Telescope to Look for Aliens
Sky Eye
Sorry, But New Signal Is Definitely Not Aliens, Says Scientist Working on Project
Loose Signal
Potential Alien Signal Coming From Direction of Earthlike Planet, Scientists Say
More on Off World
Stunning Centaur
Yesterday on the byte
James Webb Spots Asteroid With Its Own Saturn-Like Rings
Grrrrrrrr
Friday on the byte
Internet Erupts as NASA Spots Cartoon Bear on Surface of Mars
Gl1tc4
Friday on the byte
NASA Says Another James Webb Instrument Has Suffered a Glitch
READ MORE STORIES ABOUT / Off World
Keep up.
Subscribe to our daily newsletter to keep in touch with the subjects shaping our future.
+Social+Newsletter
TopicsAbout UsContact Us
Copyright ©, Camden Media Inc All Rights Reserved. See our User Agreement, Privacy Policy and Data Use Policy. The material on this site may not be reproduced, distributed, transmitted, cached or otherwise used, except with prior written permission of Futurism. Articles may contain affiliate links which enable us to share in the revenue of any purchases made.
Fonts by Typekit and Monotype.