Planetary Scientists: Alien Life Might Not Need Planets to Evolve and Survive 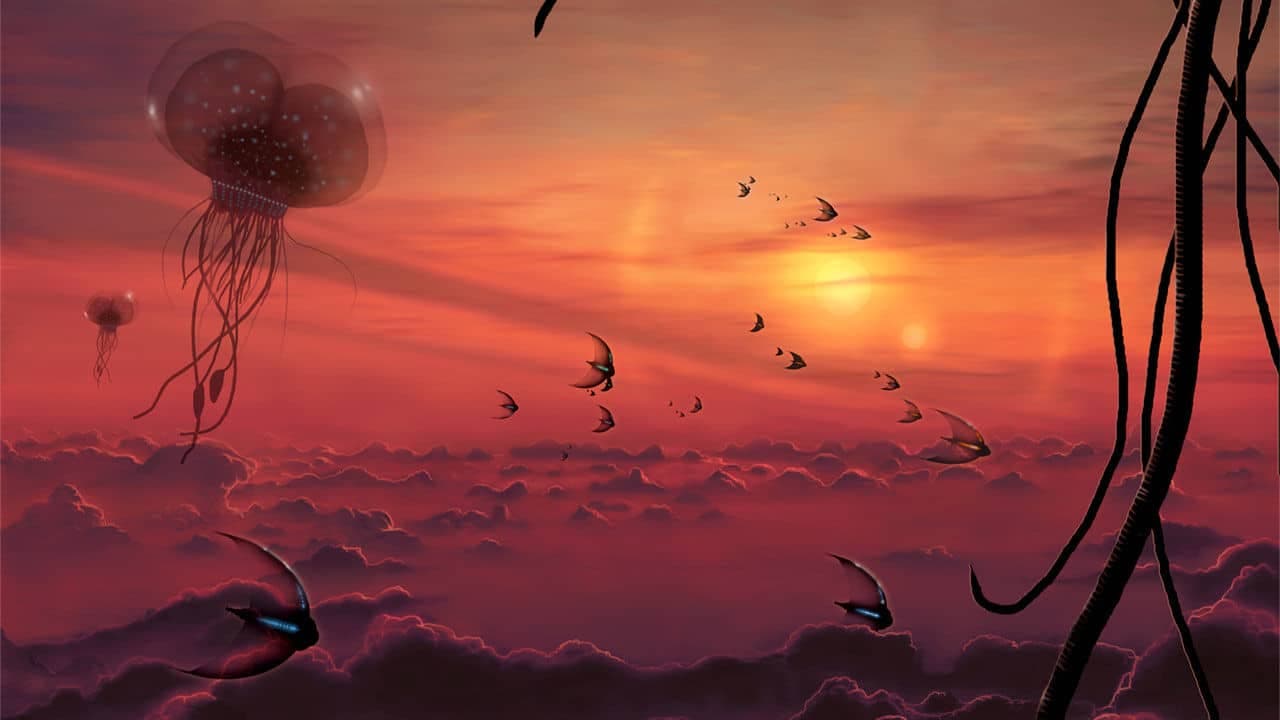 Life in a Cold Brown Dwarf

In the hunt for a celestial body that could host life (specifically, life like that found on Earth), scientists have typically looked for planets with surfaces similar to our own — about the same temperature, same chemical makeup, and, ideally, with liquid water like that from which we evolved. Now, a whole new group of space objects has joined the list of potential life-supporting hosts, and they don't have a planet-like surface at all.

Researchers from the University of Edinburgh in the United Kingdom have proposed that we look for life in the upper atmospheres of cold brown dwarfs. These "failed stars" have the same elements found in traditional stars, but they lack the mass to ignite. Somewhere between the size of a planet and a star, they can boast atmospheres that hover around temperatures that would be considered comfortable on Earth and with about the same pressure levels.

“You don’t necessarily need to have a terrestrial planet with a surface,” Jack Yates, a planetary scientist who led the study, told Science.

The Hunt Is On

This development would open up a whole new arena in the hunt for extraterrestrial life, just maybe not life that looks like we do.

Microbes like those that lurk high above our own atmosphere could be discovered, or perhaps we'd find some of the sky plankton Carl Sagan coined "sinkers." "Floaters,” organisms that manipulate their body pressure to rise and fall within an atmosphere, could also be hovering above cold brown dwarfs.

Though we only know of a handful of cold brown dwarfs right now, about 10 of those are likely to be within 30 light-years of Earth. With the James Webb Space Telescope (JWST) set to launch in just over a year, we may have our answer as to whether these bodies host life sooner rather than later.

Not only would it be a huge discovery if they do, it would also throw out the window our preconceived notions about where to look for life beyond our planet.

Read This Next
Outing Life
Swiss Government Scientist Says We May Be on the Brink of Discovering Alien Life
Convergent Evolution
Scientists Say There May Be "Humans" All Over the Universe
Ancient Remains
Why NASA Scientists Are So Excited by New Hints of Organic Compounds on Mars
Sir!
Elon Musk: "Doesn’t Seem to Be Any Life in This Solar System"
Can't Even
Scientist Behind Venus Life Claim Describes It as "Crazy"
More on Off World
Drama Bomb
Wednesday on the byte
European Space Agency Halts Plans to Send Astronauts to Chinese Space Station
Futurism
Wednesday on the byte
Asteroid Mining Startup About to Launch First Mission
Carry On, Wayward...
Wednesday on the byte
NASA Says Lucy Spacecraft Will Forge Ahead With Busted Solar Array
READ MORE STORIES ABOUT / Off World
Keep up.
Subscribe to our daily newsletter to keep in touch with the subjects shaping our future.
+Social+Newsletter
TopicsAbout UsContact Us
Copyright ©, Camden Media Inc All Rights Reserved. See our User Agreement, Privacy Policy and Data Use Policy. The material on this site may not be reproduced, distributed, transmitted, cached or otherwise used, except with prior written permission of Futurism. Articles may contain affiliate links which enable us to share in the revenue of any purchases made.
Fonts by Typekit and Monotype.