A New Satellite Can Peer Inside Some Buildings, Day or Night

But don't worry — the company says it can't see inside your home. 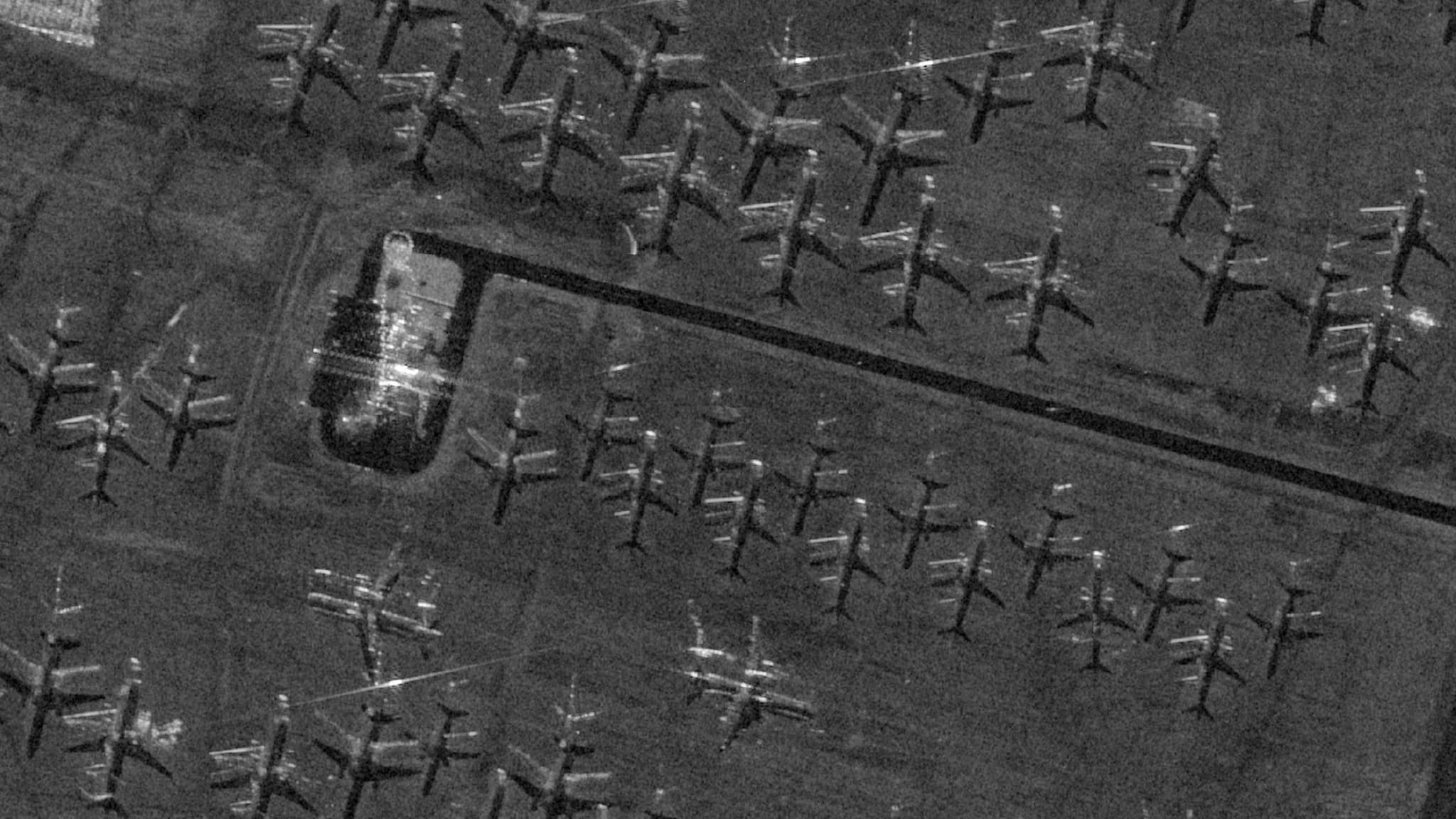 A few months ago, a company called Capella Space launched a satellite capable of taking clear radar images of anywhere in the world, with incredible resolution. It can even see inside some buildings, including spotting airplanes inside hangars — though only in the case of lightweight structures, the company clarified, and not dense ones like high rises or residential homes.

And unlike most of the huge array of surveillance and observational satellites orbiting the Earth, its satellite Capella 2 can snap a clear picture during night or day, rain or shine.

“It turns out that half of the world is in nighttime, and half of the world, on average, is cloudy,” CEO Payam Banazadeh, a former system engineer at the NASA Jet Propulsion Laboratory, told Futurism. “When you combine those two together, about 75 percent of Earth, at any given time, is going to be cloudy, nighttime, or it’s going to be both. It’s invisible to you, and that portion is moving around.”

On Wednesday, Capella launched a platform allowing governmental or private customers to request images of anything in the world — a capability that will only get more powerful with the deployment of six additional satellites next year. Is that creepy from a privacy point of view? Sure. But Banazadeh says that it also plugs numerous holes in the ways scientists and government agencies are currently able to monitor the planet.

“There’s a bunch of gaps in how we’re currently observing Earth from space — the majority of the sensors we use to observe earth are optical imaging sensors,” he said. “If it’s cloudy, you’re going to see the clouds, not what’s happening under the clouds. And if there’s not much light, you’re going to have a really hard time getting an image that is useful.”

By contrast, Capella can peer right through cloud cover, and see just as well in the daylight as in total darkness. That’s because instead of optical imaging, it uses synthetic aperture radar, or SAR.

SAR works similarly to how dolphins and bats navigate using echolocation. The satellite beams down a powerful 9.65 GHz radio signal toward its target, and then collects and interprets the signal as it bounces back up into orbit.

“At that frequency, the clouds are pretty much transparent,” Banazadeh told Futurism. “You can penetrate clouds, fog, moisture, smoke, haze. Those things don’t matter anymore. And because you’re generating your own signal, it’s as if you’re carrying a flashlight. You don’t care if it’s day or night.”

Capella didn’t invent SAR. But Banazadeh says it’s the first U.S. company to offer the technology, and the first worldwide to offer a more accessible platform for potential customers to use.

Another innovation, he says, is the resolution at which Capella’s satellites can collect imagery. Each pixel in one of the satellite’s images represents a 50-centimeter-by-50-centimeter square, while other SAR satellites on the market can only get down to around five meters. When it comes to actually discerning what you’re looking at from space, that makes a huge difference.

Cityscapes are particularly intriguing. Skyscrapers poke out of the Earth like ghostly, angular mushrooms — and, if you look carefully, you notice that you can see straight through some of them, though the company clarified that this is a visual distortion rather than truly seeing through the structures.

Right now, that’s as good a resolution as is possible with SAR. Not because of technological limitations — Capella hopes to improve with subsequent satellite launches down the road — but because of U.S. law, export controls, and licensing requirements.

As long as the company don’t improve the resolution a hair beyond what it’s at now, Banazadeh said its satellites can image any part of the world that a paying customer asks for.

Those customers, he explained, could be government agencies monitoring a hostile military for movement or tracking an airport for activity. That’s where that wall-penetrating vision comes into play. Banazadeh gave the example of an airport where planes hidden under a canopy became clear as day thanks to SAR satellites. The customers may also be scientists peering through the thick clouds of the Amazon rainforest to track deforestation, or even investors checking up on global supply chains.

Possibilities abound. Train two SAR satellites on the same target and they can actually image targets in three dimensions down to minute differences in height. Banazadeh said one group is already using that trick to measure how much oil is being stored in open-top oil tanks or how much is being extracted from an open-pit mine on a given day — and using that information as a proxy for the value of various commodities. That can also help authorities monitor infrastructure for possible safety issues: SAR can track how much the ground above a tunnel sinks over time, for example.

“We’re making it very easy for people with all sorts of backgrounds to interact with a company like us, and that inevitably is going to bring a more users that previously couldn’t access this market,” Banazadeh said. “That’s our hope.”

Editor’s note 12/19/20: The original version of this story overgeneralized the Capella satellite’s capabilities to image the interiors of buildings. While it can indeed see inside some structures, including spotting the shapes of airplanes inside hangars, the company clarified that is not able to see details inside dense structures such high rises or residential homes. The story and headline have been updated throughout.

Do you support our journalism? Times are tough in the industry, but if you want to help us produce more great stories like this one, you can subscribe to Futurism for just $5.99 per month.

More on satellites: SpaceX Is Launching a Fleet of Pirate-Hunting Satellites

Read This Next
Space Pirates
SpaceX Is Launching a Fleet of Pirate-Hunting Satellites
Playing Chicken
SpaceX Wouldn’t Move Its Satellite to Avoid a Collision, Says ESA
Satellite Down
India Just Shot Down a Satellite With a Missile
Spy Satellites
Watch the U.S. Launch a Classified Spy Satellite Today
Futurism
Creating a Space Force Could Trigger an Off-World Arms Race
More on Off World
Mars Dance
Yesterday on the byte
Mars Rover Does “Twist on One Foot” to Shake Off More Pebbles
Kodak Moment
Yesterday on the byte
Awesome Photo Shows James Webb Space Telescope in Deep Space Home
To The Moon!
Tuesday on the byte
A Derelict SpaceX Rocket Is About to Crash Into the Moon
READ MORE STORIES ABOUT / Off World
Keep up.
Subscribe to our daily newsletter to keep in touch with the subjects shaping our future.