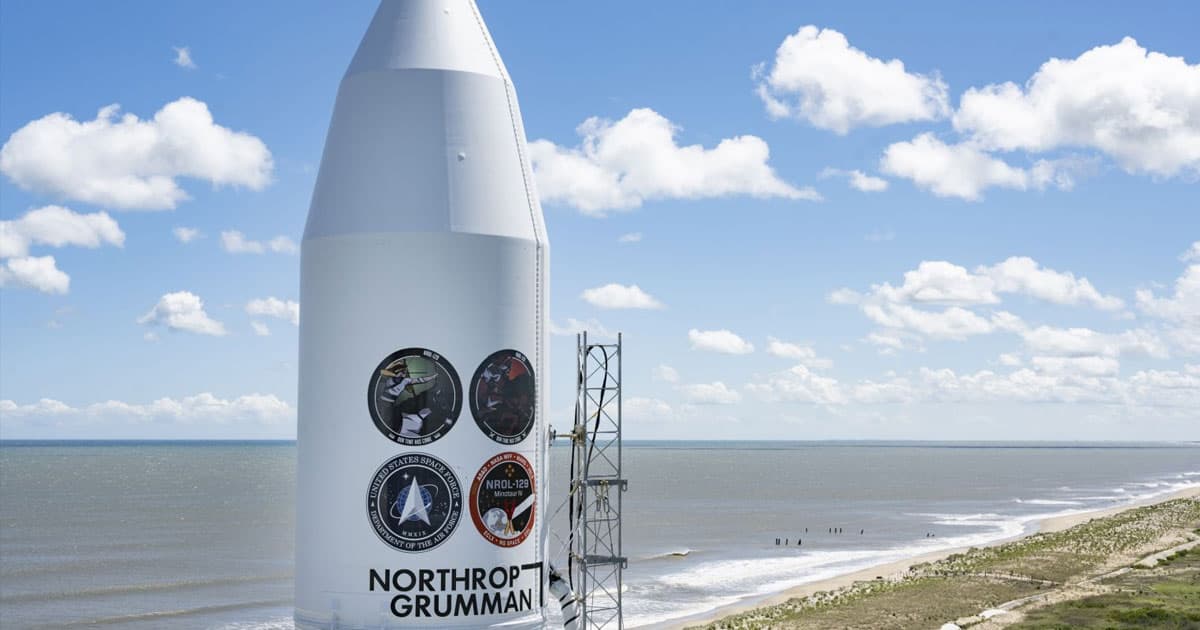 The newly-formed US Space Force is about to launch four reconnaissance satellites into orbit on behalf of the National Reconnaissance Office (NRO).

The new military branch is launching its top secret payload on board a Minotaur IV rocket built by US defense tech company Northrop Grumman — the first time a rocket in its line has flown since 2013.

The exact launch time is classified — but we do know it will launch from NASA's Wallops Flight Facility in Virginia on Thursday. It's the Space Force's first launch from the facility since its establishment in December, according to a mission brief.

We know next to nothing about the nature of the payload. The mission brief is almost comically vague.

It also says the NRO's satellites are meant to "provide global coverage against a wide range of intelligence requirements," as well as assisting during emergencies and disaster relief efforts.

A live cast of the launch will be made available courtesy of NASA.

READ MORE: The Space Force will launch 4 secret satellites from Virginia Wednesday and you can watch it live [Space.com]

Moon Patrol
US Military Announces Plans for Satellite Orbiting the Moon
3. 4. 22
Read More
Space Beef
Elon Musk: SpaceX Competitor "A Complete Waste of Taxpayer Money"
8. 14. 20
Read More
A Levitating Sled Just Set a New World Speed Record
4. 26. 16
Read More
+Social+Newsletter
TopicsAbout UsContact Us
Copyright ©, Camden Media Inc All Rights Reserved. See our User Agreement, Privacy Policy and Data Use Policy. The material on this site may not be reproduced, distributed, transmitted, cached or otherwise used, except with prior written permission of Futurism. Articles may contain affiliate links which enable us to share in the revenue of any purchases made.
Fonts by Typekit and Monotype.