Yeah, it's THAT good. 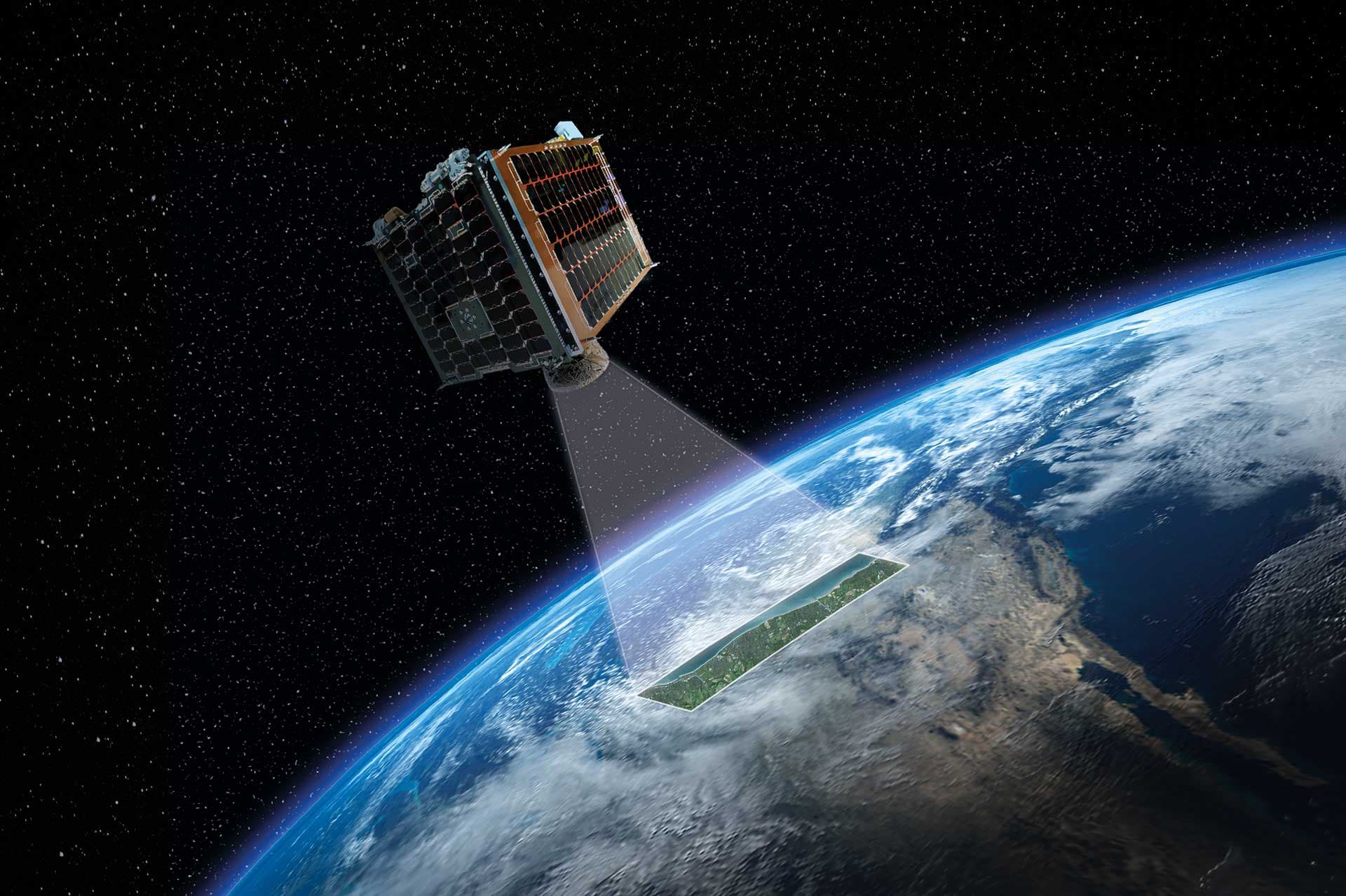 Nose-pickers, nude bathers, and speedy drivers beware: there's a new eye in the sky that can see you doing your most private activities, and in unprecedented detail.

Today, British startup Earth-i published the first collection of high-quality, color image taken from its VividX2 satellite, the first of 15 that the company hopes will comprise its “constellation.”

The video, set to the most inspirational music humanly possible, shows off the satellite’s ability to capture high-quality, color video footage of the everyday goings-on of Earth. The satellite boasts a resolution of about 60 centimeters at up to 50 frames per second — enough to see individual cars zipping down the highway.

After just a two-minute flyover, the satellite is able to construct a composite video of the scene. It can also render 3D models of whatever it’s looking at, which could help first responders and other disaster response teams track floods or structural damage to buildings after a major storm, for example.

For now, officials can use drones to capture aerial footage of events like natural disasters or wildfires, but a detailed, nearly-live feed from a satellite can let first responders and other officials better see the big picture so that they can better distribute people and resources.

On its web site, Earth-i claims that its VividX2 satellite will be able to help with disaster relief efforts, oil spill monitoring, geographical mapping (thanks to its 3D models), and managing large tracts of farmland.

Oh, and it can do some surveillance and reconnaissance, too, for militaries or private citizens (it's far from the only company to offer these services).

Down the road, after more satellites are launched, Earth-i hopes to offer customers access to a 2-minute video a video feed of a specific location or track moving targets like cars or airplanes.

If that sounds kind of freaky to you, well, you're not alone. The future is full of surveillance for hire, in unprecedented resolution.

Read This Next
Rolling Coal
Space Travel Will Absolutely Gut the Environment, Scientists Warn
Astronaut Drip
We Just Got the First Peek at NASA's Artemis Moon Landing Suits
Blast Off
Former Astronaut Details Quest to Grow Cannabinoids in Space
Name Game
NASA May Still Rename James Webb Telescope Over Homophobia Controversy
RIP
Unfortunate Comet Flies Too Close to the Sun, Disintegrates and Becomes a Ghost
More on Off World
Florida, We Have ...
Tuesday on the byte
Website Selling Moon Mission Launch Tickets Crashed Almost Immediately
Paw Patrol
Monday on the byte
Space Force Sending in Robot Dogs to Patrol a Space Port
A Decade
Aug 7 on the byte
NASA's Curiosity Rover Celebrates 10th Anniversary
READ MORE STORIES ABOUT / Off World
Keep up.
Subscribe to our daily newsletter to keep in touch with the subjects shaping our future.
+Social+Newsletter
TopicsAbout UsContact Us
Copyright ©, Camden Media Inc All Rights Reserved. See our User Agreement, Privacy Policy and Data Use Policy. The material on this site may not be reproduced, distributed, transmitted, cached or otherwise used, except with prior written permission of Futurism. Fonts by Typekit and Monotype.