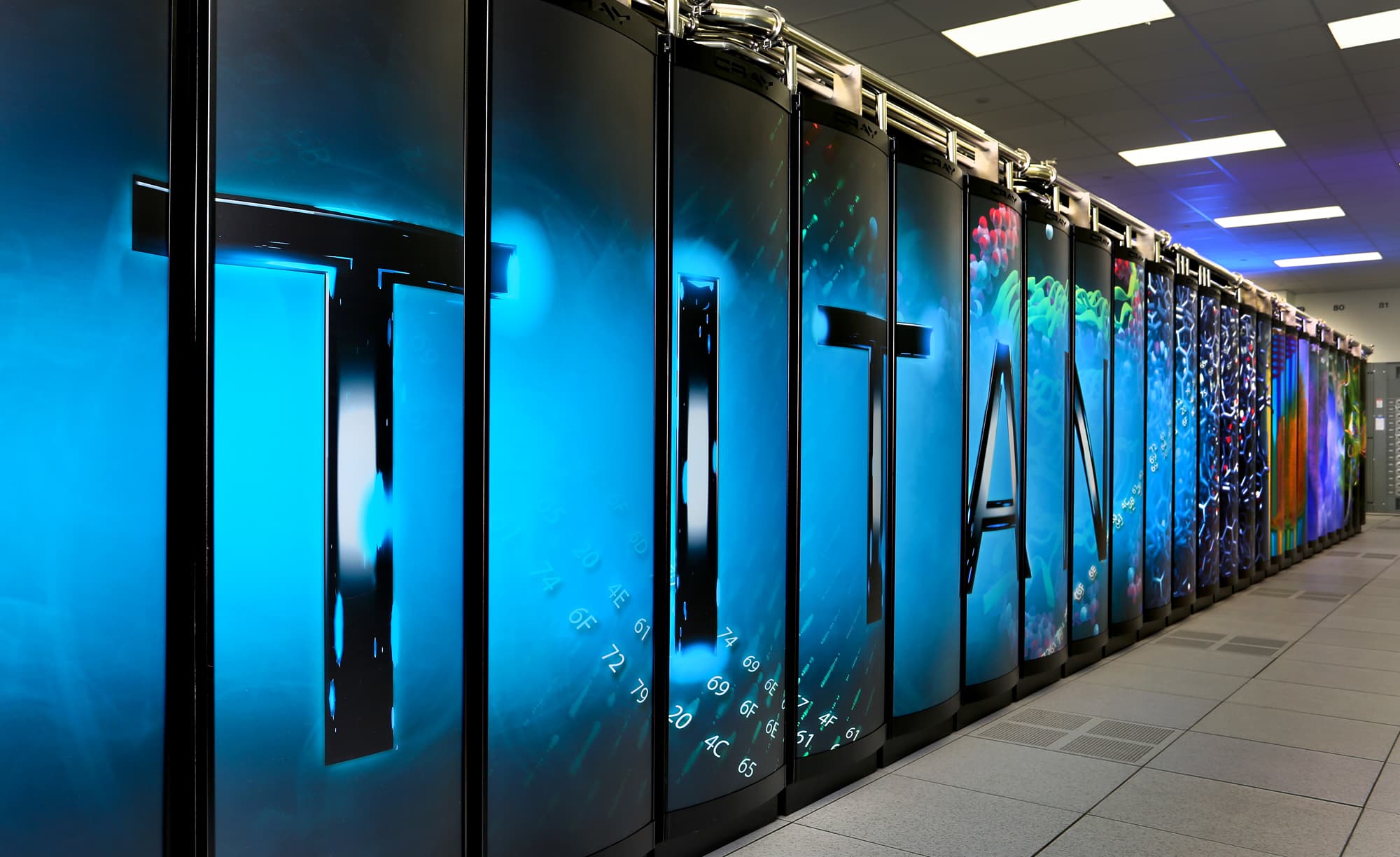 The Birth of the Universe

Researchers from the U.S. Department of Energy’s Argonne National Laboratory have acquired an “avalanche of data” from one of the largest cosmological simulations ever. The simulation, called the Q Continuum, ran a model of the universe’s evolution from 50 million years after the Big Bang up to the present day. The goal of the simulation is to help researchers understand dark matter, which has so far been unmeasurable with modern instruments. The simulation was able of show how the universe might have evolved, from when galaxies and stars first emitted light to its current state. Argonne physicist Katrin Heitmann describes the simulation as "very uniform, with matter clumping together over time. Gravity acts on the dark matter, which begins to clump more and more, and in the clumps, galaxies form."

The Argonne team ran the simulation on the Titan supercomputer at the Oak Ridge National Laboratory using the Hardware/Hybrid Accelerated Cosmology Code (HACC). The simulation involved taking the half a trillion particles that make up the universe and dividing them into 100,000-kilometer-long cubes at a high resolution. "This is a very rich simulation. We can use this data to look at why galaxies clump this way, as well as the fundamental physics of structure formation itself," says Heitmann. The simulation generated 2.5 petabytes (or 2500 terabytes) of data that is now being analyzed and will take several years, according to Heitmann.