Meet Sedna: The Other "Red Planet" 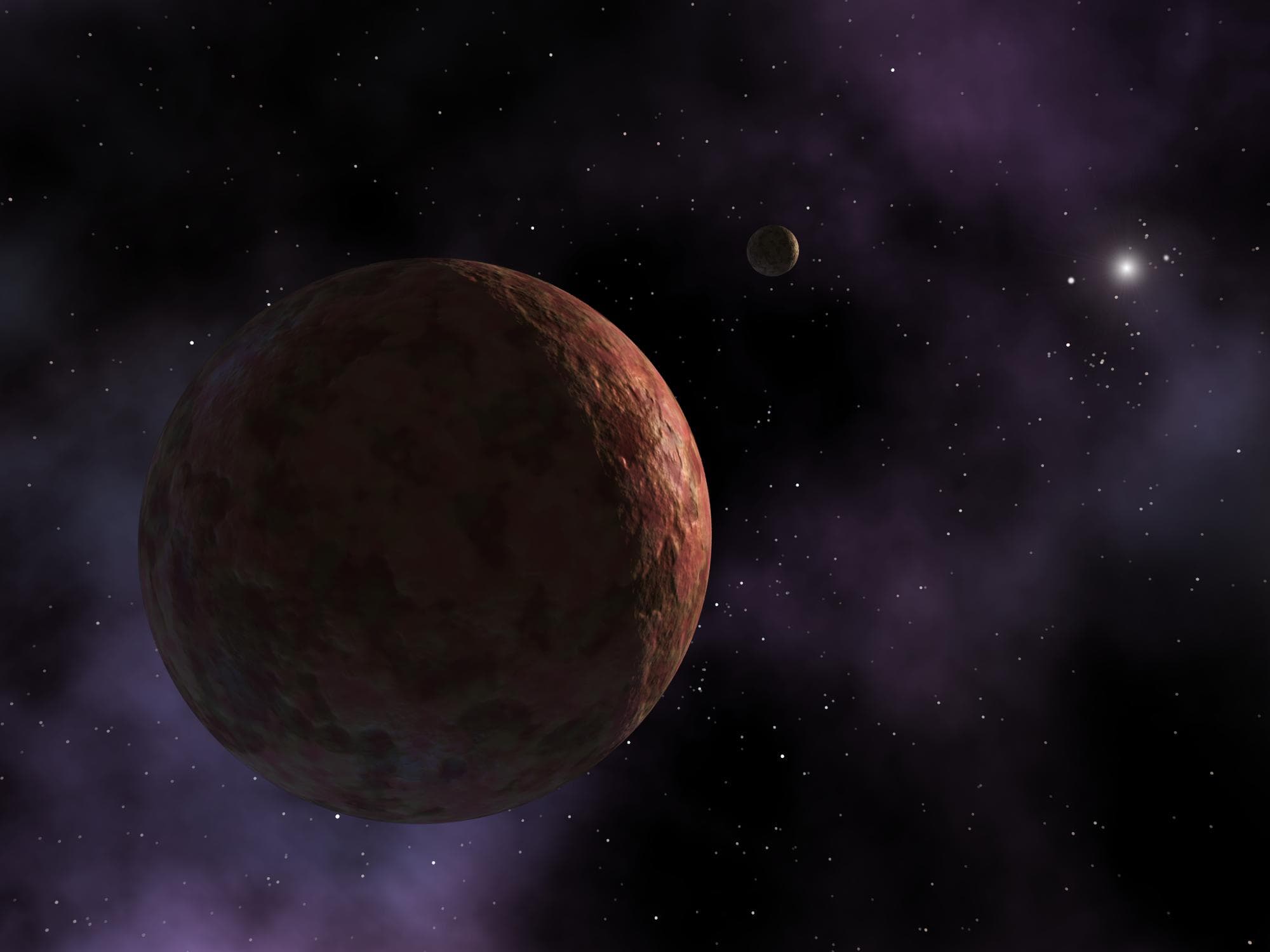 While new discoveries about Mars continue to make headlines, another "red planet"—known as Sedna (or 90377 Sedna)—is making its way into the inner solar system. At this moment, the crimson-hued dwarf planet is making its closest approach to the Sun in over 10,000 years.

Beyond the orbit of Neptune, our solar system is teeming with objects both large and small: remnants of the earliest moments in the history of our solar system. These so-called trans-Neptunian objects (TNOs) are scattered across three overlapping regions of space: the Kuiper Belt, the scattered disk, and the Oort Cloud.

Based on what we know so far, these regions are home to numerous dwarf planets. Pluto, easily the most well-known, was famously demoted from full planetary status, to a dwarf planet. They, like their bigger counterparts, tend to keep to stable, largely circular orbits within the Kuiper Belt: the nearest trans-Neptunian zone.

But Sedna—named for the Inuit goddess of oceans—behaves differently. This tiny planetoid, which measures around 620 miles (1,000 km) across, is one of the most distant objects discovered. It appears to originate from the Oort Cloud, the outer boundary of the solar system containing the last scattered remnants of the Sun's protoplanetary disk.

The Oort Cloud is now thought to be the source of long-period comets (those with orbits longer than 200 years). Though most TNOs maintain orbits that keep them well away from the inner planets, some take eccentric, elongated paths. Nudged by the gravitational pull of nearby bodies (including Jupiter and Neptune), or the tidal forces of the Milky Way itself, they fall into unstable, highly elliptical orbits that bring them close to the Sun in cycles that can range from decades to thousands of years.

At the time of its discovery, Sedna was considered the most distant object ever observed in our solar system, and the brightest next to Pluto. At aphelion, it is 870 billion miles (1,400 billion km) from the Sun.

By 2076 however, Sedna will come closer than it has in 11,400 years, merely 76 AU (equal to 71 billion miles/115 billion kilometers) at its most distant point. The last time Sedna approached this close, Earth was embroiled in an ice age, and woolly mammoths still roamed around.

The fact that Sedna looks like a planet and behaves like a comet raises intriguing questions about its origins. What can this strange world tell us about the formation of our solar system?

Where Did Sedna Come From?

There are three main possibilities. First, Sedna could have formed in its present location, as a part of the original protoplanetary disk, which astronomers now believe accounts for the origin of the Oort Cloud itself.

If that’s true, then Sedna’s original orbit would have been circular. It would have had to be knocked into its current, extremely elliptical orbit by the gravitational effects of another body. But what body could exert such force?

The second theory suggests that the effects of another star—perhaps one of the Sun's sister stars—might have pushed Sedna into its current orbit. Finally, some astronomers theorize that Sedna didn’t originate in our solar system at all. Rather, it might have been snatched from another star system altogether when nearby planetary systems were taking shape.

If nothing else, its behavior raises tantalizing questions about the early life of the Sun and its companions. But as this red visitor approaches the Sun in coming decades, Earth-based researchers may have a unique opportunity to unlock its secrets.

Read This Next
Futurism
Watch This Breathtaking, Close-Up Clip Of The Surface of A Distant Comet
Futurism
This Image Is the Final Moment of Humanity's First Visit to a Comet
Futurism
No, a Huge Asteroid Probably Won't Wipe out Humanity
Futurism
The 40-Year Old Mystery of the "Wow!" Signal Was Just Solved
Futurism
Philae Found! Lost Lander Finally Spotted on Comet's Surface
More on Off World
Exoplanet Dance
Yesterday on the byte
Scientist Releases Amazing Video of Exoplanets Orbiting Distant Star
Space Junk News
Yesterday on the byte
Two Large Chunks of Space Debris Just Almost Collided in an Epic Disaster
Mars Drop
Yesterday on the byte
NASA's Mars Rover Perseverance Just Dropped Off Its Last Sample
READ MORE STORIES ABOUT / Off World
Keep up.
Subscribe to our daily newsletter to keep in touch with the subjects shaping our future.
+Social+Newsletter
TopicsAbout UsContact Us
Copyright ©, Camden Media Inc All Rights Reserved. See our User Agreement, Privacy Policy and Data Use Policy. The material on this site may not be reproduced, distributed, transmitted, cached or otherwise used, except with prior written permission of Futurism. Articles may contain affiliate links which enable us to share in the revenue of any purchases made.
Fonts by Typekit and Monotype.