Watch This Breathtaking, Close-Up Clip Of The Surface of A Distant Comet

This simple GIF will make your jaw drop. 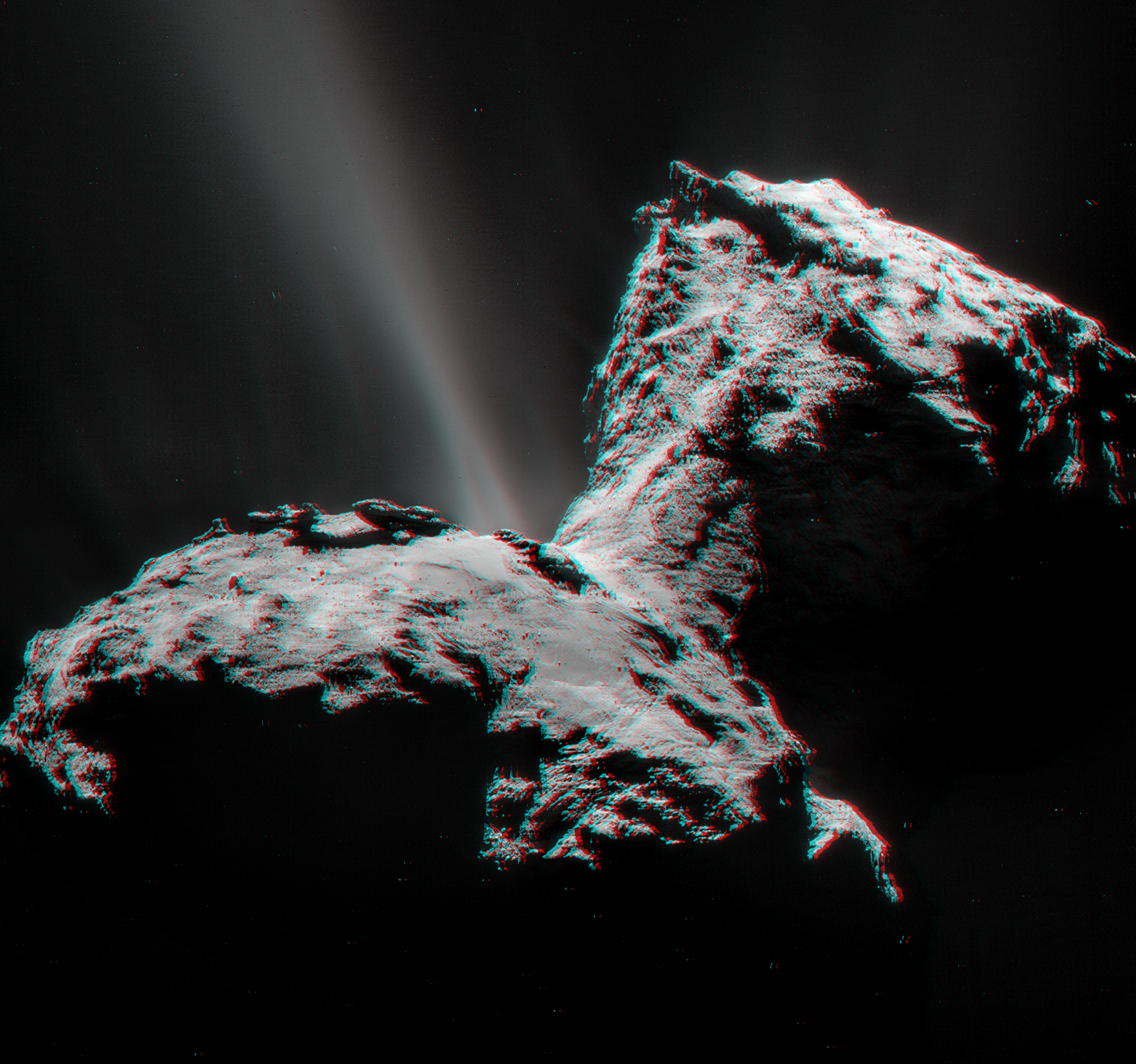 It was a landmark feat: a space mission entered the orbit of a distant comet for the first time.

The European Space Agency’s Rosetta rendezvoused with Comet 67P/Churyumov-Gerasimenko in the outer reaches of the Solar System.

After ten years of traveling through deep space, powered mainly by solar cells, Rosetta neared the comet not far (relatively speaking) from the orbit of Jupiter, and started circling it.

In November 2014, Rosetta released a tiny lander onto the mysterious comet to have a closer look — the first time we’ve ever dispatched a robotic lander on a comet’s rocky surface.

And the view was breathtaking. The lander sent back a series of images straight from the surface of 67P. A couple of years later, Twitter user Iandru79 created this animated short clip from a series of long exposures, taken back in 2016.

You know what, you should really just watch it:

If you want to follow up with Rosetta, and find out where it is right now (plus, you’ll hear some spooky atmospheric music while you track it down), click here.

Read This Next
Futurism
This Image Is the Final Moment of Humanity’s First Visit to a Comet
Futurism
No, a Huge Asteroid Probably Won’t Wipe out Humanity
Futurism
The 40-Year Old Mystery of the “Wow!” Signal Was Just Solved
Futurism
Watch the Final Moments of the ESA’s Rosetta Spacecraft as It Crashes Into a Comet
Futurism
First-Ever Discovery: Complex Organic Molecules Found on Rosetta’s Comet
More on Off World
Death Watch
Yesterday on futurism
Goodnight Sweet Prince: NASA is Officially Killing Its Mars Lander
Tray Revolution
Yesterday on the byte
Elon Musk Spotted Seemingly Using Starship Heat Shield as Snack Tray
Stargazing
Yesterday on the byte
Watch the Milky Way Instantly Pop Into View During Lunar Eclipse
READ MORE STORIES ABOUT / Off World
Keep up.
Subscribe to our daily newsletter to keep in touch with the subjects shaping our future.
+Social+Newsletter
TopicsAbout UsContact Us
Copyright ©, Camden Media Inc All Rights Reserved. See our User Agreement, Privacy Policy and Data Use Policy. The material on this site may not be reproduced, distributed, transmitted, cached or otherwise used, except with prior written permission of Futurism. Fonts by Typekit and Monotype.