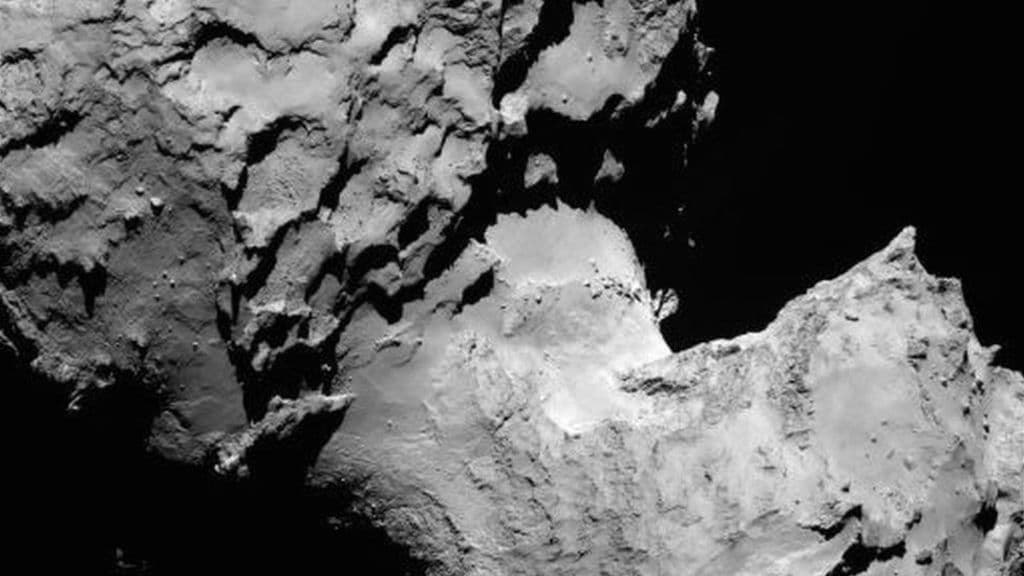 The Rosetta is a space probe launched by the European Space Agency in March 2004. Back in August 2014, the space probe was able to reach comet 67P and was able to land on it a month after - marking the first time we've ever landed on a comet. Yesterday, Rosetta announced that they have discovered molecular oxygen in the gas cloud surrounding the comet - which came as a surprise to the scientists as they initially thought that oxygen reacts with other elements as planets form. This new finding challenges our current ideas on how the solar system was formed.

Free oxygen was found to be the fourth most common gas around the comet, with the first three being water vapor, carbon monoxide, and carbon dioxide. The data was so surprising that the scientists had to go everything again to make sure it all checked out. Oxygen reacts very easily with other elements to form compounds, rather than stay in its unique form. The researchers suggest that oxygen must have been frozen very quickly and was trapped in clumps of material early on in the formation of the Solar System. Several theories about how the planets and comets formed around the Sun suggest a violent process that would have heated up the frozen oxygen - which would by then, have reacted with other elements. This new information contradicts that idea, and this indicates that the formation of the Solar System formation may have been calmer.

Read This Next
Futurism
Watch This Breathtaking, Close-Up Clip Of The Surface of A Distant Comet
Futurism
This Image Is the Final Moment of Humanity's First Visit to a Comet
Futurism
Watch the Final Moments of the ESA's Rosetta Spacecraft as It Crashes Into a Comet
Futurism
First-Ever Discovery: Complex Organic Molecules Found on Rosetta's Comet
Futurism
Philae Found! Lost Lander Finally Spotted on Comet's Surface
More on Off World
Final Selection
5:16 PM on the byte
NASA Finalizing Secretive Decision on First Astronauts for the Artemis Moon Mission
Hall Effect
Yesterday on futurism
Test Suggests Ion Thrusters Could Power Crewed Interplanetary Missions
CHON: Legacy
Yesterday on the byte
James Webb Discovers Coldest Ice in Known Universe, Harboring Molecules Essential For Life
READ MORE STORIES ABOUT / Off World
Keep up.
Subscribe to our daily newsletter to keep in touch with the subjects shaping our future.
+Social+Newsletter
TopicsAbout UsContact Us
Copyright ©, Camden Media Inc All Rights Reserved. See our User Agreement, Privacy Policy and Data Use Policy. The material on this site may not be reproduced, distributed, transmitted, cached or otherwise used, except with prior written permission of Futurism. Articles may contain affiliate links which enable us to share in the revenue of any purchases made.
Fonts by Typekit and Monotype.