SpaceX Is Launching a Fleet of Pirate-Hunting Satellites

"We’ve seen dark ship activity all over the globe." 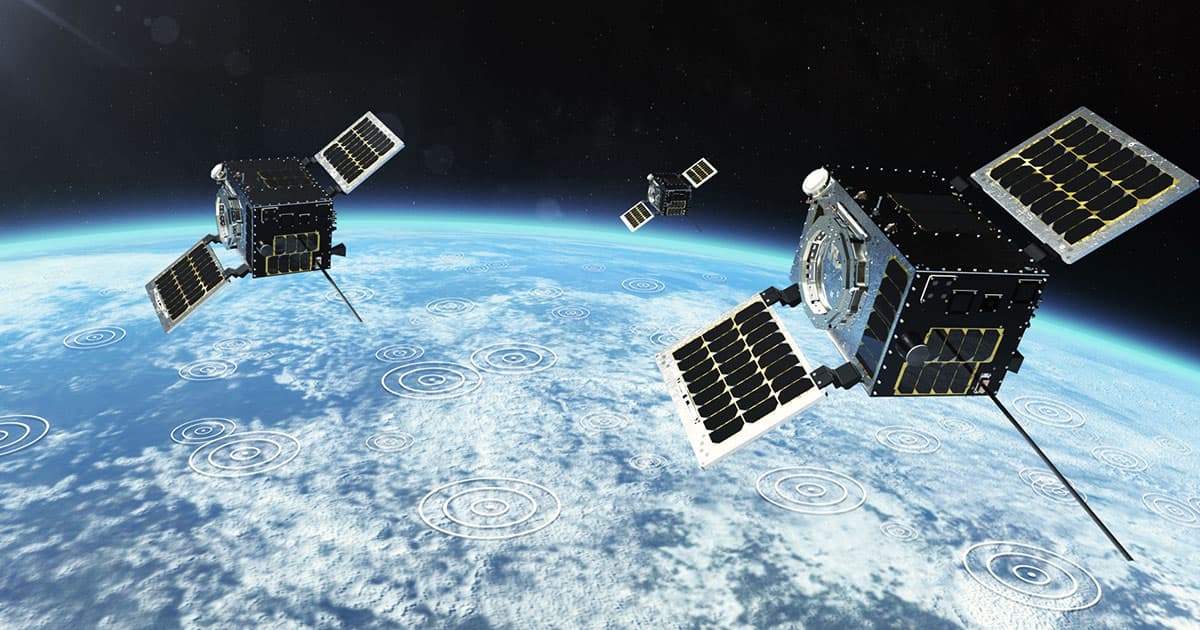 At the end of the year, a fleet of pirate-hunting satellites will take to the sky.

A satellite intelligence company called HawkEye 360 says it's booked a ticket on a SpaceX rideshare mission to launch a cluster of three satellites that will sail around the globe, tracking down pirates, poachers, and smugglers.

HawkEye 360, unlike the superhero of the same name, doesn't actually dole out justice. But it does work with terrestrial authorities including the Pentagon and the National Reconnaissance Office to pinpoint potential issues by tracing radio signals coming from the surface.

The company has had satellites in orbit since 2018, but CEO John Serafini told Futurism that each new launch will further improve its capabilities to track down crimes from orbit.

"We've seen dark ship activity all over the globe," Serafini told Futurism, "and even analyzed Iran smuggling oil to Syria."

"We were able to identify a build-up of Chinese troops in the Galwan Valley, contributing deeper understanding about the heightened tensions occurring along the India/China border," he added. "We've helped rangers in Garamba National Park monitor their vast landscape for wildlife poaching."

That last project, he said, illustrates one of the main ways this new launch will help HawkEye 360 improve: It's not that there are parts of the world that it can't monitor with its current fleet, Serafini says, but that each cluster will improve its response time as well as its ability to pinpoint a signal's exact location.

"Similar to how visible imaging satellites were once only the domain of governments, but now there are many commercial providers of satellite imagery, HawkEye 360 is augmenting government capabilities by providing a useful source of commercial [radio frequency] data," Serafini said.

With each new launch — Serafini wants to bring the total satellite count to 21 in the coming years — the amount of time it takes to revisit each location will drop. The ultimate goal is to get it down to 45 minutes, Serafini says. That would make it harder for, say, poachers to sneak into the Garamba National Park or any other preserve, kill a protected animal, and make off with the trophy.

"With our current cluster, we can already collect data anywhere in the world multiple times per day," Serafini said. "But we need faster revisits in order to enable dark ship tracking or increase data density to conduct richer analysis."

Read This Next
Shot Well
Head of NASA Relieved to Hear Elon Musk Isn't REALLY Running SpaceX
Monkey Business
China Plans to Send Monkeys to Space Station to Have Sex With Each Other
Overview Effect
William Shatner Says His Space Trip Left Him With a Feeling of Terrible Grief
Makeover Scene
Space Tourist Says He's Thinking About Flying SpaceX Craft Up to Fix Hubble
Grain of Salt
There's a Huge Problem With Elon Musk's Promise to Bring Starlink to Iran
More on Off World
Drama Bomb
Yesterday on the byte
European Space Agency Halts Plans to Send Astronauts to Chinese Space Station
Futurism
Yesterday on the byte
Asteroid Mining Startup About to Launch First Mission
Carry On, Wayward...
Yesterday on the byte
NASA Says Lucy Spacecraft Will Forge Ahead With Busted Solar Array
READ MORE STORIES ABOUT / Off World
Keep up.
Subscribe to our daily newsletter to keep in touch with the subjects shaping our future.
+Social+Newsletter
TopicsAbout UsContact Us
Copyright ©, Camden Media Inc All Rights Reserved. See our User Agreement, Privacy Policy and Data Use Policy. The material on this site may not be reproduced, distributed, transmitted, cached or otherwise used, except with prior written permission of Futurism. Articles may contain affiliate links which enable us to share in the revenue of any purchases made.
Fonts by Typekit and Monotype.