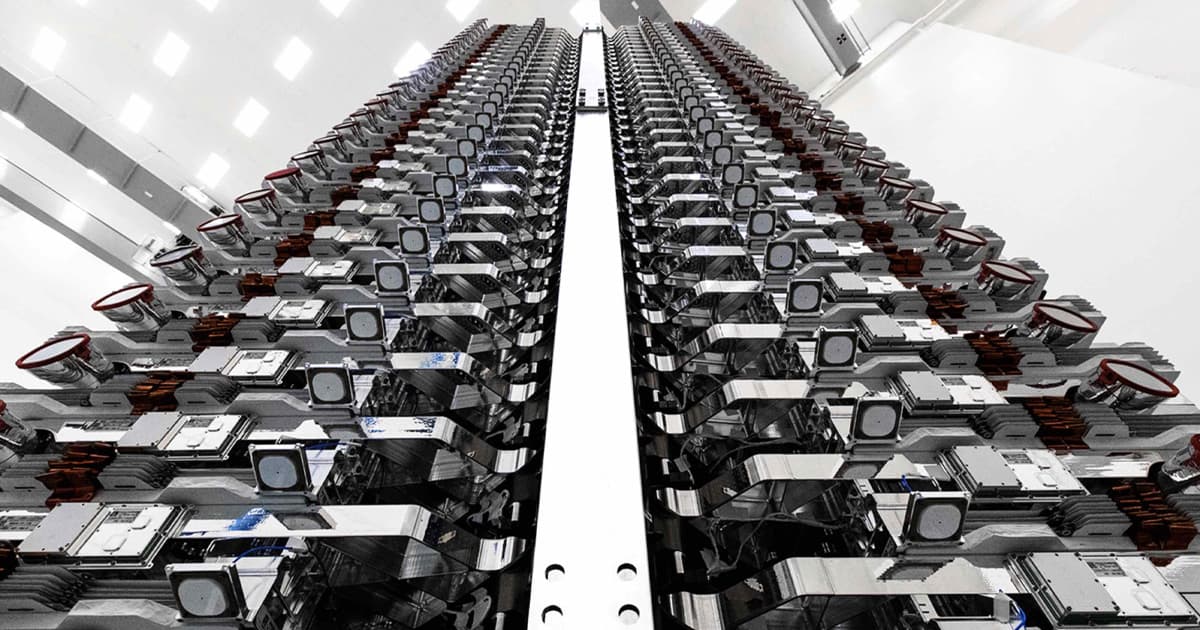 They're dead in the water — in space.

They're dead in the water — in space.

So far, about three percent of the satellites in the SpaceX Starlink network seem to have failed.

The satellites have thrusters that can steer them out of the way of hazards like incoming space debris, but they only seem to be working on 97 percent of the satellites, Harvard-Smithsonian Center for Astrophysics astronomer Jonathan McDowell told Business Insider — leaving an appreciable number floating dead in space, where they could menace other satellites or astronauts in orbit.

SpaceX has launched about 775 Starlink satellites so far but plans to have 42,000 by the time the constellation is complete. At a three percent failure rate — assuming it stays consistent — that amounts to 1,260 immobilized satellites waiting to smash into other stuff in space.

"I would say their failure rate is not egregious," McDowell told Business Insider. "It's not worse than anybody else's failure rates. The concern is that even a normal failure rate in such a huge constellation is going to end up with a lot of bad space junk."

SpaceX didn't reply to Business Insider's request for comment, but did previously tell the Federal Communications Commission that it expected to see lower than a one percent rate of satellite failure. Regardless of what the rate ends up being, any collisions make orbit a more dangerous place.

READ MORE: About 3% of SpaceX's Starlink satellites may have failed. That's not too bad, but across a 42,000-spacecraft constellation it could spark a crisis. [Business Insider]