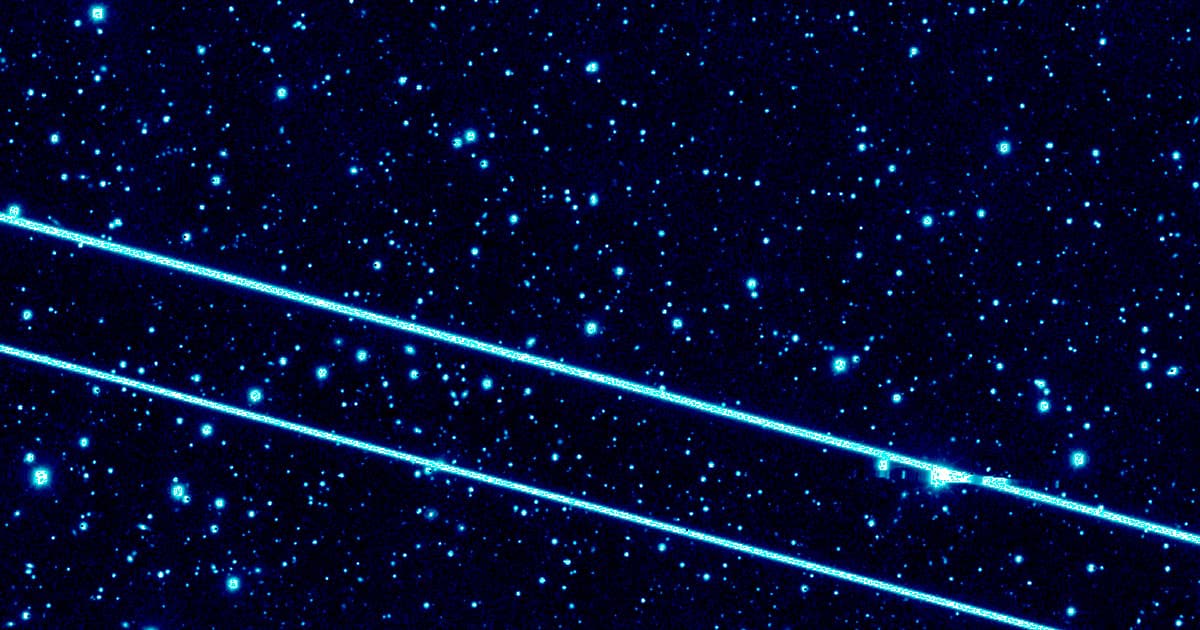 The massive constellation continues to block the night sky.

The massive constellation continues to block the night sky.

The massive constellation of Starlink satellites launched by SpaceX continues to be a thorn in the side of astronomers around the world.

When SpaceX first began launching the satellites, astronomers quickly realized that they were so reflective that they were blocking observatories from being able to study the cosmos. SpaceX responded by making less-reflective satellites for future launches it dubbed DarkSats, but now Scientific American reports that the upgraded satellites are still bright enough to get in the way of sky surveys.

Recent observations of these new DarkSats showed that they're only half as bright as the original Starlink fleet, SciAm reports. That's progress, but they still pose a major disruption to astronomers, who have had their space observations blocked by streaks of light as the satellites pass overhead.

"I would not consider DarkSat as a victory but instead a good step in the right direction," Jeremy Tregloan-Reed, an astronomer at Chile's University of Antofagasta, told SciAm.

The problem, University of Washington astronomer Meredith Rawls told SciAm, is that if SpaceX continues without fixing the problem, other companies may follow its precedent and launch their own satellite constellations without considering astronomers' needs at all.

If that were the case, scientists might not have much recourse beyond SpaceX CEO Elon Musk's not-so-subtle suggestion to launch new orbital observatories beyond his own view-blocking satellites.