SpaceX's Starlink Satellites Ruined This Photo of the NEOWISE Comet

These gorgeous shots of the comet were "completely photobombed by Elon Musk's Starlink satellites." 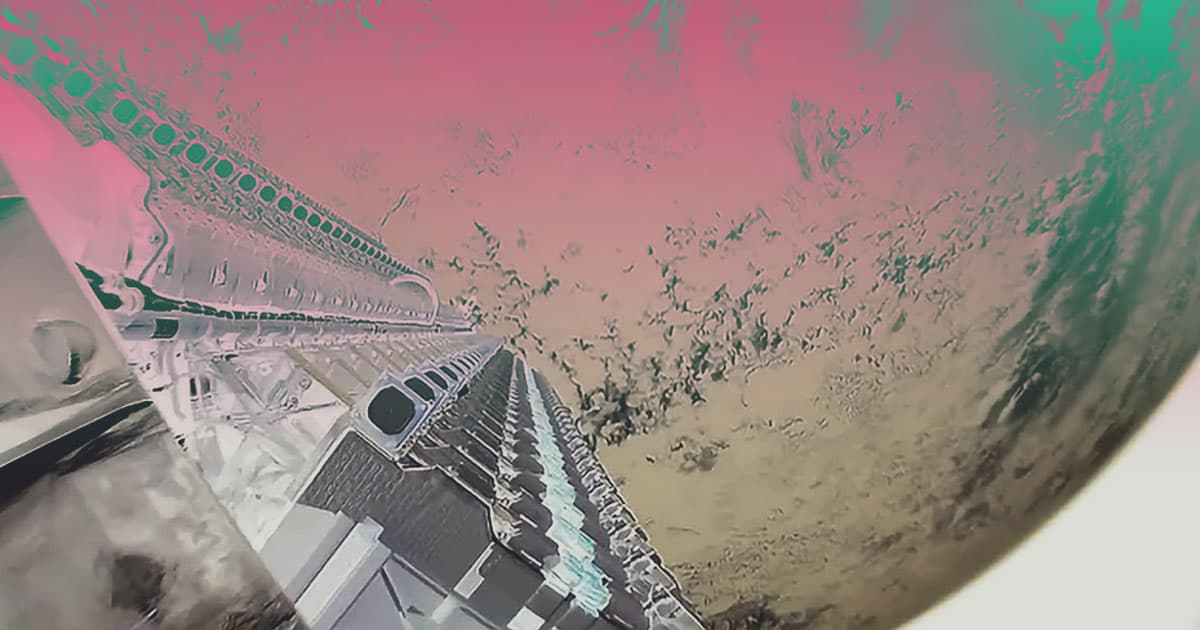 Over the past year, SpaceX has been launching hundreds of small broadband internet-beaming satellites into low-Earth orbit as part of its Starlink constellation. The tally as of June: 540.

While the promise of reliable and fast satellite internet accessible from pretty much anywhere in the world sounds pretty promising, not everybody is happy. As it turns out, the tiny satellites are way brighter than anybody was expecting — and that's bad news for astronomers.

Over the last couple of months, countless reports have emerged of frustrated astronomers having their observations ruined by Starlink satellites appearing as bright streaks of light.

In the latest instance, images taken of the spectacular NEOWISE comet by astrophotographer Daniel Lopez were "completely photobombed by Elon Musk's Starlink satellites," as Space Telescope Science Institute astronomer Julien Girard pointed out in a tweet.

17 30-second images of the comet added up by @cielodecanarias, completely photobombed by @elonmusk's #Starlink satellites. It's a few hundreds of them right now,there will be a few thousands in the near future. @SpaceX is committed to coating orienting them better but still.... pic.twitter.com/TYtTf5xwhc

“If there are lots and lots of bright moving objects in the sky, it tremendously complicates our job,” Smith College astronomer James Lowenthal told The New York Times last November. “It potentially threatens the science of astronomy itself.”

They're so bright, in fact, that some are visible to the naked eye. In fact, onlookers keep mistaking them for UFOs, according to news reports from December.

The brightness is due in part to the fact that the Starlink satellites are orbiting Earth at much closer distance than most — an operational altitude of roughly 550 kilometers, rather than the usual medium-Earth orbit (at 20,000 km) or geostationary orbit (at 36,000 km) used by other kinds of satellites, like those that provide GPS and communication services.

SpaceX has also claimed that they're bright early on because they're still climbing in orbit after launch, and will eventually spread out and become dimmer over a period of several months.

Luckily, SpaceX claims it's working on a number of solutions.

Early attempts to paint the underside of each satellite with an anti-reflective coat of paint seem to have only been partially successful.

SpaceX is now trying out a new method: launching satellites with a cool pair of sunglasses.  The space company is planning to mount retractable sunshades, called "VisorSat," to each of the satellites to block sunlight from hitting its reflective parts — the main reason they're so bright — SpaceNews reported in May.

The company's latest batch of Starlink satellites, which launched back in June, included a just single unit with such a sunshade. It's still unclear if the solution will appease astronomers.

SpaceX's most recent Starlink launch, 57 satellites each equipped with a VisorSat sunshade, had to be delayed due to weather earlier this month. The launch is now planned for July 29.

If no solution is found, astronomers could be struggling with bright Starlink satellites ruining their observations for many years to come. SpaceX already has permission from the Federal Communications Commission to launch tens of thousands of Starlink satellites to bring global internet coverage to the world.

Read This Next
Enemy Mine
Elon Musk Now Denies That His Family's Emerald Mine Existed, In Spite of Previously Bragging About It
Bot Rush
An Overwhelming Number of Porn Bot Accounts "Drowned Out" Chinese Protest Content on Twitter
Hardcore Mode
Even Twitter's Intern Just Resigned in Disappointment
This is Exhausting
Elon Musk Seems to Be Trying to Weasel Out of Vote to Resign
Backtrack, Backtrack
It Turns Out Elon Musk’s Stalking Incident Had Nothing to Do With ElonJet
More on Future Society
Spreadsheet Guy
Yesterday on the byte
Sam Bankman-Fried Posts Excel Docs That He Says Shows Nothing Was His Fault
Nip Split
Jan 22 on the byte
Meta Board Trashes Facebook's "Convoluted and Poorly Defined" Female Nipple Rule
Crypto Cacophony
Jan 22 on the byte
Residents Annoyed by Crypto Mine That Emits Constant, Horrible Noise
READ MORE STORIES ABOUT / Future Society
Keep up.
Subscribe to our daily newsletter to keep in touch with the subjects shaping our future.
+Social+Newsletter
TopicsAbout UsContact Us
Copyright ©, Camden Media Inc All Rights Reserved. See our User Agreement, Privacy Policy and Data Use Policy. The material on this site may not be reproduced, distributed, transmitted, cached or otherwise used, except with prior written permission of Futurism. Articles may contain affiliate links which enable us to share in the revenue of any purchases made.
Fonts by Typekit and Monotype.