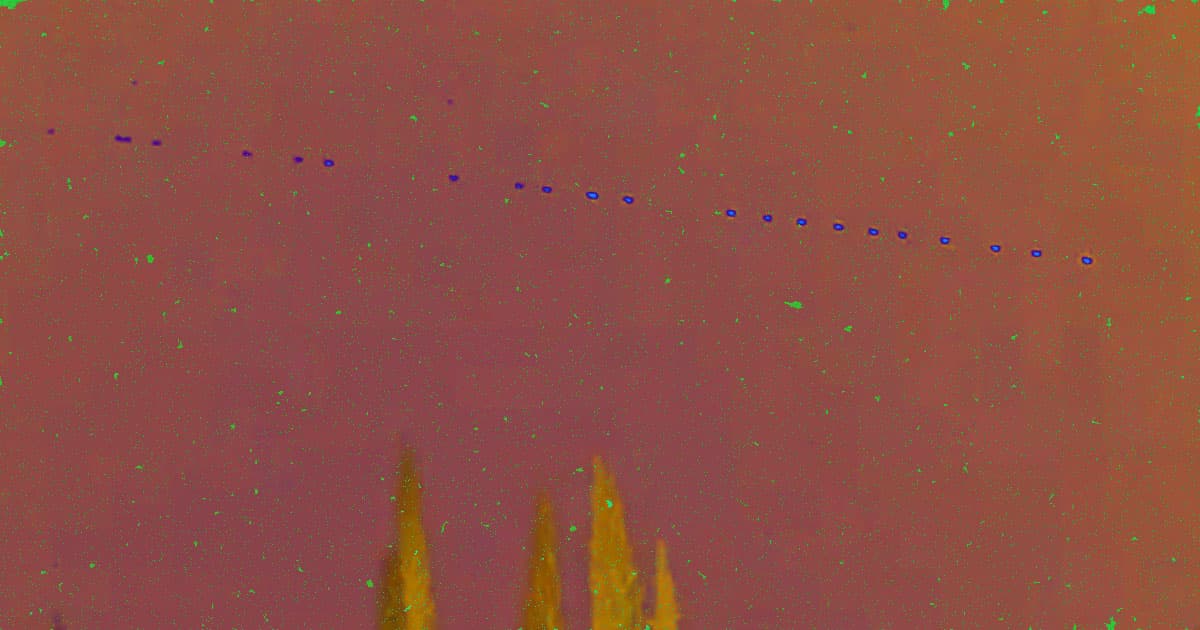 UFO Train in the Sky

Locals in several small towns in Montana recently reported sightings of “strange lights” in the night sky to news outlets, prompting local authorities to have to explain that the lights were satellites launched by space company SpaceX — and not UFOs visiting Earth, as Gizmodo reports.

So far, SpaceX has launched 120 satellites as part of its broadband-internet-beaming Starlink constellation, and it plans to add many thousands more in the near future.

Since they’re orbiting the Earth at a relatively low altitude, the satellites can often be seen with the naked eye, and this isn’t the first time people have mistaken them for alien spacecraft. In May, some people in the Netherlands thought the satellites were UFOs.

The Starlink satellites are also extremely visible to astronomical instruments back on Earth. They’ve already affected astronomical efforts, causing bright streaks of light to show up in wide-field surveys of the night sky.

SpaceX has responded to astronomers’ concerns by announcing that it will coat one of the satellites due to launch in the coming weeks with a non-reflective paint as a test to see if it reduces the amount of light the object reflects.

But even that might not make the satellites invisible to the most sensitive of astronomical instruments, as The New York Times reported last month.

READ MORE: Starlink Satellites Produce Wave of UFO Sightings in the US [Gizmodo]

Consider the Source
Pentagon UFO Report Describes Radiation Burns, Other Bizarre Claims
Apr 5
Read More
From Our Partners
This NASA Apollo 15 Commemorative Watch Is Historic In Its Own Right
9. 10. 21
Read More
AI Aliens
Astronomer: Aliens Will Most Likely Resemble AI if We Ever Make Contact
6. 15. 21
Read More
+Social+Newsletter
TopicsAbout UsContact Us
Copyright ©, Camden Media Inc All Rights Reserved. See our User Agreement, Privacy Policy and Data Use Policy. The material on this site may not be reproduced, distributed, transmitted, cached or otherwise used, except with prior written permission of Futurism. Fonts by Typekit and Monotype.