"It's hard to find a body part they can't regenerate: the limbs, the tail, the spinal cord, the eye, and in some species, the lens, even half of their brain has been shown to regenerate." 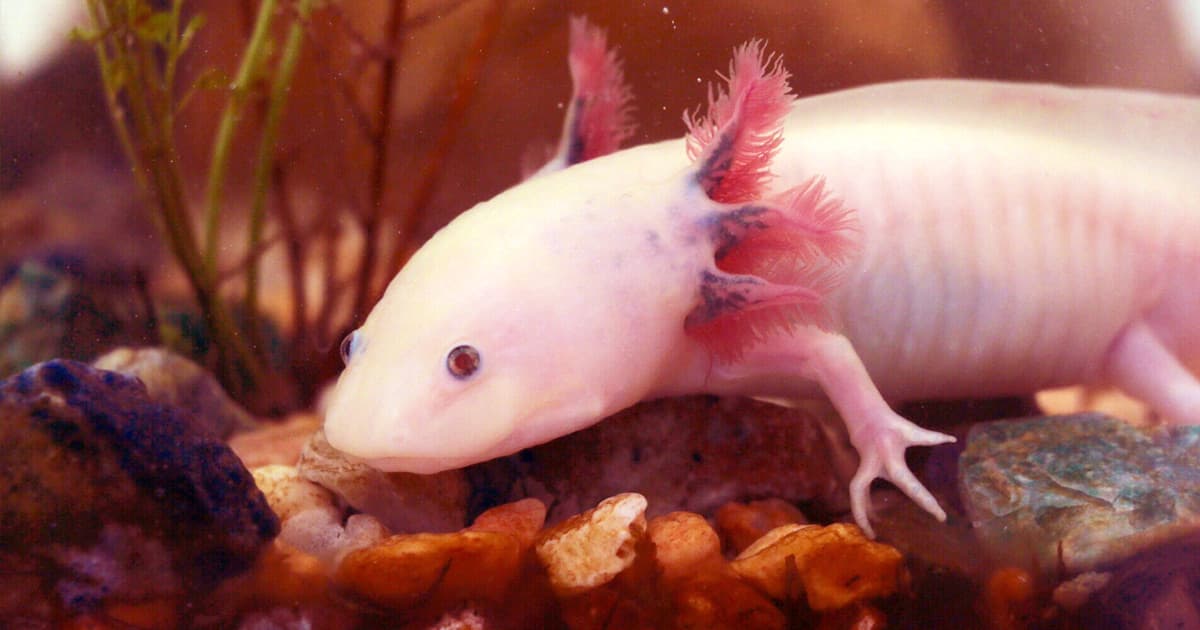 For the first time, scientists have completely sequenced the genome of the axolotl, a bizarre salamander that’s capable of regenerating many of its body parts after an injury.

By unlocking the entirety of the axolotl’s genetic code, according to a press release, doctors from the University of Kentucky hope that they may be able to use it in human medicine. By developing new genetic treatments, they hope that someday humans may be able to regenerate missing limbs or reverse other damage, like salamanders do.

“It’s hard to find a body part they can’t regenerate: the limbs, the tail, the spinal cord, the eye, and in some species, the lens, even half of their brain has been shown to regenerate,” Kentucky researcher Randal Voss said in the release.

Sequencing the human genome has become more or less commonplace, but the team needed to come up with new techniques to sequence axolotl DNA, because the critter’s genetic code is ten times longer than a human’s.

“Just a few years ago, no one thought it possible to assemble a 30+GB genome,” said Kentucky biologist Jeramiah Smith. “We have now shown it is possible using a cost effective and accessible method, which opens up the possibility of routinely sequencing other animals with large genomes.”

With that capability, the team hopes to begin probing the full DNA sequence for insights into the axolotl’s regenerative abilities.

“Now that we have access to genomic information, we can really start to probe axolotl gene functions and learn how they are able to regenerate body parts,” said Voss. “Hopefully someday we can translate this information to human therapy, with potential applications for spinal cord injury, stroke, joint repair… the sky’s the limit, really.”

More on regenerative medicine: Human Limb Regeneration: How Close Are We To The Finish Line?

9.15.21 Developments
Fauci: “No Evidence” That COVID Vaccine Injured Nicki Minaj’s Cousin’s Friend’s Testicles
Finally some sanity.
By Victor Tangermann / Read More >>
9.15.21 Treatments
Four Patients Die After Experimental Gene Therapy
The company behind the treatment will "remain committed to" its development.
By Tony Tran / Read More >>
9.14.21 Studies
Study: Weight Gain Caused by Eating Specific Foods, Not Eating Too Much
"People may lose weight with less hunger and struggle."
By Tony Tran / Read More >>
Keep up.
Subscribe to our daily newsletter to keep in touch with the subjects shaping our future.