These fish can go from paralysis to swimming in 10 to 12 weeks. 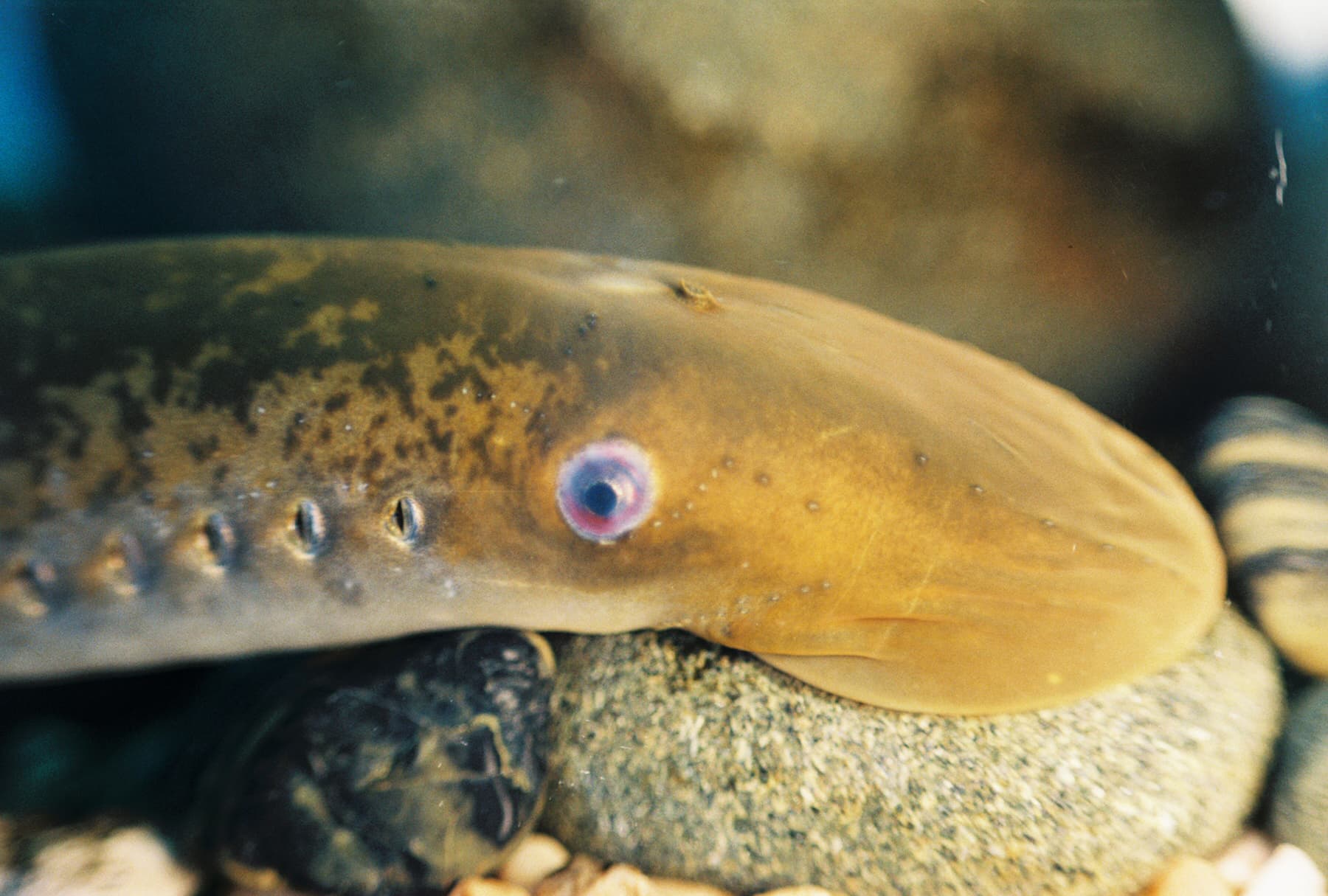 The lamprey looks about as different from a human as you can imagine. This fish has an eel-like, finless body, bulging eyes, and a circle of frankly horrifying teeth in place of a jaw, which some species use to latch onto other animals and suck their blood. Yet these alien-looking creatures share something fairly extraordinary with humans: we both contain genes that, in the lamprey, allows it to repair broken spinal cords. The discovery shows promise for medicine: if we could one day activate the same gene in humans, we could reverse spinal cord damage — even paralysis.

In their study, injured lamprey went from full paralysis to normal swimming within 10 to 12 weeks.

"Scientists have known for many years that the lamprey achieves spontaneous recovery from spinal cord injury, but we have not known the molecular recipe that accompanies and supports this remarkable capacity," says Ona Bloom, an associate professor at the Feinstein Institute and the Zucker School, in a press release. "In this study, we have determined all the genes that change during the time course of recovery and now that we have that information, we can use it to test if specific pathways are actually essential to the process."

In order to locate the precise genetic changes that allow lamprey to make this amazing recovery, the researchers had to start by first paralyzing the animals, which they achieved by making an incision in their spinal cords. The researchers then took samples from their brains and spinal cords, beginning hours after the injury and continuing over three months following. Those samples helped them identify what genes and signaling pathways — the proteins and other chemicals produced by cells to control their function — were activated in the injured animals.

The team identified one pathway in particular that was essential to recovery: if the Wnt signaling pathway was blocked, the animals were unable to recover. The researchers were also surprised to find that changes occurred not only in the injured spinal cord of the animals, but also in the brain.

"This reinforces the idea that the brain changes a lot after a spinal cord injury," said Jennifer Morgan, director of the Eugene Bell Center for Regenerative Biology and Tissue Engineering at MBL, in the press release. "Most people are thinking, 'What can you do to treat the spinal cord itself?' but our data really support the idea that there's also a lot going on in the brain."

This discovery is likely a long way from being used for treatments, however. Now that researchers know what genetic changes occur during the recovery process, they will be able to test out turning genes and pathways on and off in order to hone in on the exact sequence required for healing. Once this sequence is defined, it could be tested in other animals.

These findings are part of a broader search for a way to treat, if not cure, spinal cord injury. Scientists have already made progress in using stem cells in rats, brain implants in monkeys, and even electric stimulation in humans to partially or fully reverse paralysis.