"Imagine being able to produce a child with your favorite movie star using the DNA from a strand of hair or flake of skin." 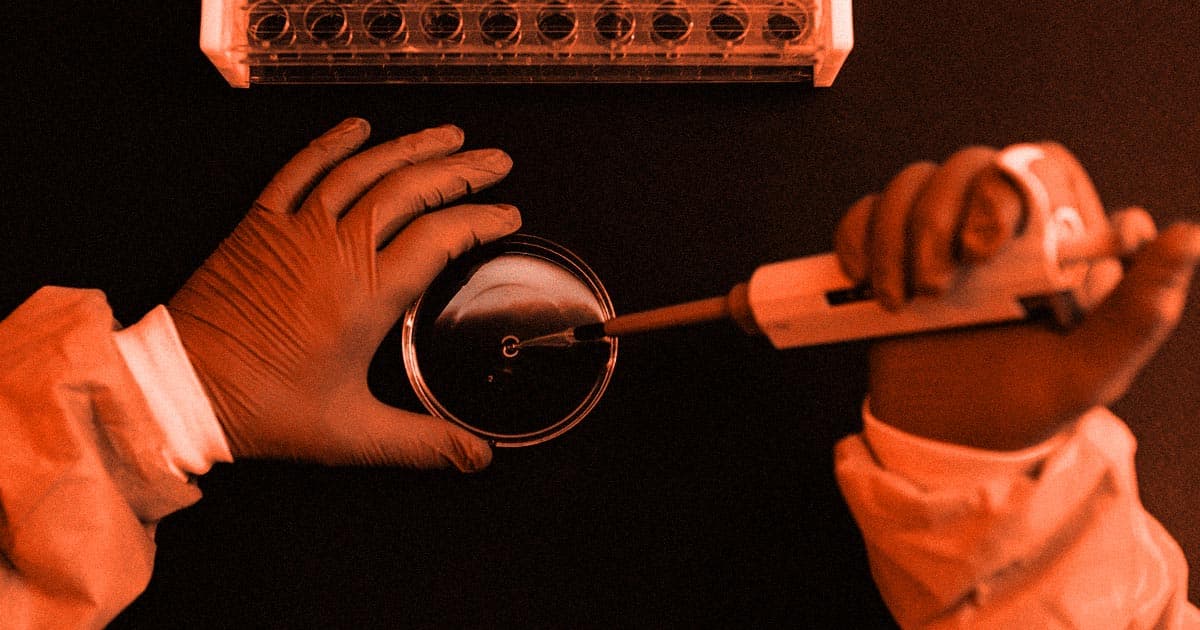 The notoriously murky waters of DNA ethics are about to get even murkier.

In an essay for The Conversation, law professors from Georgia State University and the University of Maryland argue that "genetic paparazzi" could soon be coming after the DNA of public figures, including celebrities and politicians.

That could throw the legal system into chaos, they argue — which could be bad news not only for celebrities, but for the general public as well.

Between recent innovations in both genetics and reproduction, blurry public interest laws, and the lack of any firm precedent, courts are ill-equipped to deal with the potentially civilization-shifting — not to mention extremely creepy — consequences of celebrity DNA theft.

For one, the buying and selling of alleged celebrity mementos is nothing new, from Britney Spears' gum to Justin Timberlake's half-eaten French toast showing up on eBay. Some of these items — if they're actually legit — could possibly contain viable genetic material.

While those DNA samples may have been of little use to poachers in years past, genetic technologies have come a long way ever since scientists announced they had sequenced the entire human genome in 2003. And with those breakthroughs come new possibilities for seriously disturbing behavior.

Consider IVG, a cutting-edge technology that could one day be able to turn non-reproductive cells from nearly any tissue or organ into sperm or egg cells.

The ramifications, if such a technology were to ever become a reality, are downright creepy.

"Imagine being able to produce a child with your favorite movie star using the DNA from a strand of hair or flake of skin," reads a blog post from Georgia State University cited in the Conversation essay. "What sounds like the plot to a sci-fi thriller is actually not that far from reality."

What precedent does exist doesn't bode well. For instance, in 2018, Madonna famously lost her bid to halt the auction of several personal objects, including DNA-laden items including her hairbrush and underwear.

In the Conversation essay, the professors argue that courts will likely fit cases involving genetic paparazzi into the legal framework of privacy rights, a "complex web of state and federal regulations governing how information can be acquired, accessed, stored and used."

In other words, the US legal system simply doesn't know how to meaningfully recognize the personal right to one's own DNA, a dangerous gap that could leave individuals vulnerable.

Filling that gap will become more important than ever as DNA sequencing is further commercialized, and thus more readily available. Who will ensure that our most private biological data won't land in the wrong hands?

For now, we'll have to wait and see how courts end up handling cases brought by or against public figures, as they will have broader implications for the general public.

"When disputes involving genetic theft from public figures inevitably reach the courtroom," the researchers wrote, "judges will need to confront fundamental questions about how genetics relates to personhood and identity, property, health and disease, intellectual property and reproductive rights."

5.28.22 Studies
Good News, Gamers! That Screen Time Could Make You a Little Smarter, Scientists Say
5.25.22 Genetics
Elon Musk Speculates About Storing All Human DNA in Database
5.15.22 Studies
Scientist Say They Might Be Able to Reverse Binge Drinking With Gene Editing
11.29.21 Studies
Scientists May Have Found the Molecular-Level Cause for Alzheimer's
10.05.21 Genetics
New Genetic Discovery Could Finally Explain Balding