Storing DNA
May 25 / by Victor Tangermann

Elon Musk Speculates About Storing All Human DNA in Database 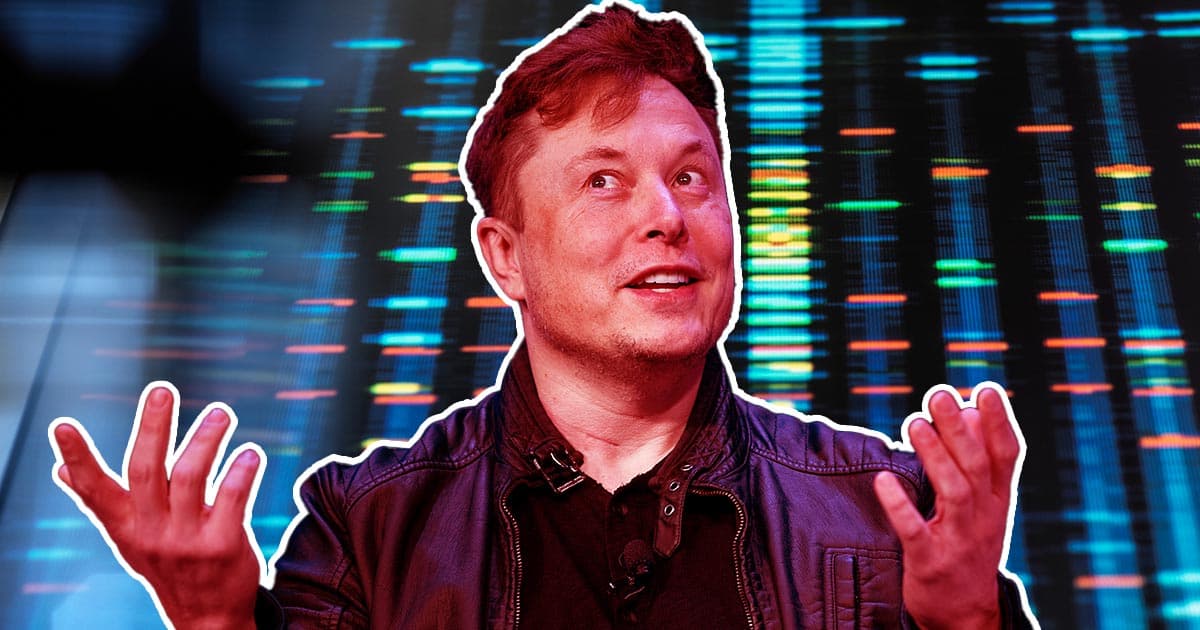 In the early 2000s, scientists from the Human Genome Project announced a breakthrough: they had sequenced the complete human reference genome, including all three billion DNA letter, a scientific undertaking likened at the time to landing astronauts on the Moon.

While the reference genome has come under question as of late, with scientists adding more than two million additional variants, it still doesn't take a whole lot of space to store the entire sequence on a traditional computer.

And now, Tesla and SpaceX CEO Elon Musk is once again weighing in on an issue outside his expertise, arguing that one could "fit the DNA sequences of all humans alive today in a fairly small data storage system" — a vaguely terrifying thought coming from the richest man in the world, as if he didn't already have enough fires to put out and problems to solve.

According to MIT Technology Review senior editor Antonio Regalado, who engaged with Musk over the question, the storage size of a single human genome could end up being in the neighborhood of 100 gigabytes.

Dogecoin co-creator Billy Markin, one of Musk's closest Twitter pen pals, immediately pointed out the potentially hair-raising implications of holding all of humanity's DNA sequences in a small room.

At least, that's one interpretation of Musk's comment. The billionaire CEO could also be simply pointing out how surprisingly small the cumulative data of all humans' DNA could turn out to be given the vast commonalities between them.

"One could simply have a few reference human genomes and simply code each individual with a lossless compression delta!" Musk mused.

In simpler terms, why store common DNA information twice if one could reference the data shared by multiple human genomes?

Sure, it's an eyebrow-raising comment from the likes of Musk. Collecting the DNA sequences of all living humans walking this Earth in one place could end in a disaster of unperceivable proportions if that data were to ever land in the wrong hands or be used for nefarious purposes.

But we'll have to err on the side of caution and assume that Musk was just thinking out loud.

We'd certainly be better off if not.

10.12.22 Developments
Elon Musk Has Reportedly Been Telling Friends About Benefits of Shrooms and MDMA
8.26.22 Genetics
Your Doppelganger May Have Strikingly Similar Genes, Habits
8.16.22 Genetics
Cops Use Newborn Baby's DNA to Nail Dad for Crime from the 90s
7.25.22 Genetics
House Rep Worried 23andMe Will Lead to Bioweapons That Kill Specific People Based on DNA
6.08.22 Genetics
Professors Warn That Creeps Might Start Stealing DNA From Celebs For Dark Purposes