Bill Gates: COVID Is Like a World War, Except for One Thing

"No one who lives through Pandemic I will ever forget it." 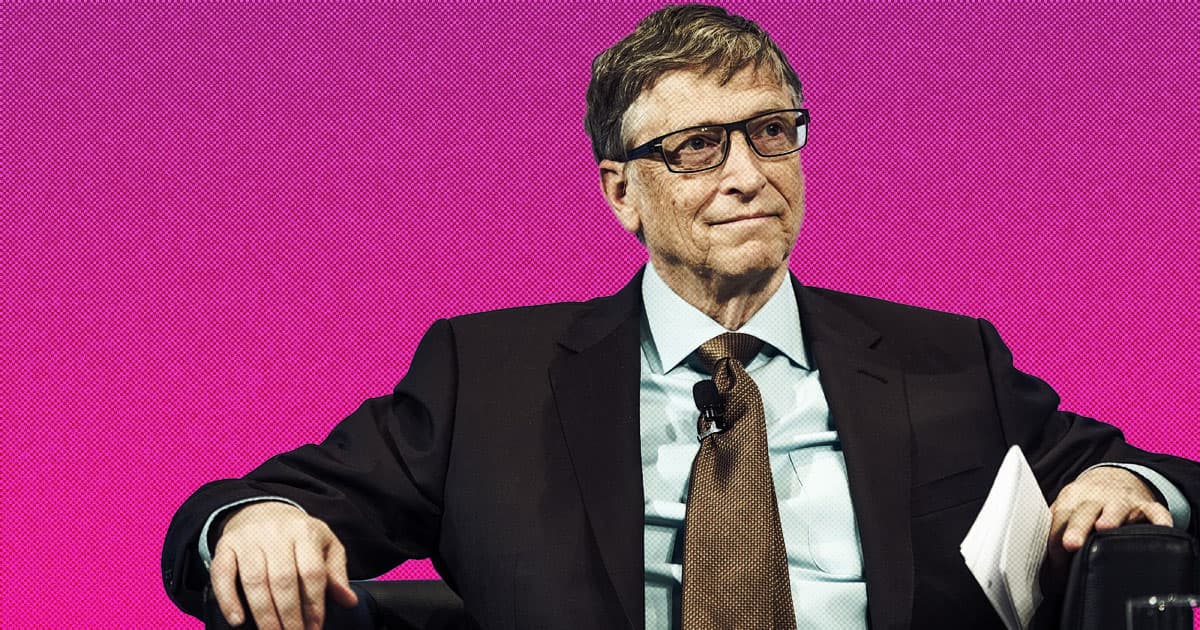 In a blog post, billionaire philanthropist Bill Gates likened the ongoing coronavirus pandemic to a world war — with a striking difference.

"This is like a world war, except in this case, we’re all on the same side," he wrote.

He also urged readers to look on the bright side.

"During World War II, an amazing amount of innovation, including radar, reliable torpedoes, and code-breaking, helped end the war faster," Gates wrote. "This will be the same with the pandemic."

But at the same time, he acknowledged the terrible suffering the pandemic has wrought.

"It is impossible to overstate the pain that people are feeling now and will continue to feel for years to come," the memo reads. "No one who lives through Pandemic I will ever forget it."

Gates argued in the memo that innovations in "testing, treatments, vaccines, and policies to limit the spread while minimizing the damage to economies and well-being" will eventually come about by everyone working together, noting how impressed he's been already with "how the world is coming together to fight this fight."

Gates has already committed $250 million to fighting the coronavirus through The Bill & Melinda Gates Foundation. He also was one of the first to denounce president Donald Trump's plans to defund the WHO.

Despite the criticism and opposition to the White House's handling of the crisis, Gates stops short of making any statements that are explicitly political, as The Seattle Times points out.

In the memo, Gates also underlined the importance and effectiveness of social distancing measures.

"A lot of people will be stunned that in many places we will go from hospitals being overloaded in April to having lots of empty beds in July," he wrote.

But that doesn't mean we should reopen America immediately — something that some US states are already planning to do.

"However, as behavior goes back to normal, some locations will stutter along with persistent clusters of infections and some will go back into exponential growth," he wrote.

Bill gates called the return to normal society a "gradual process," noting that breaking the rules would put everyone at risk.

He also described the new normal: "Picture restaurants that only seat people at every other table, and airplanes where every middle seat is empty. Schools are open, but you can’t fill a stadium with 70,000 people."

That return will also rely on innovations in four key areas: treatments, better and faster testing, contact tracing, and vaccines.

"If in the spring of 2021 people are going to big public events — like a game or concert in a stadium — it will be because we have a miraculous treatment that made people feel confident about going out again," Gates wrote. Such a treatment would have to be "95 percent effective" for that to happen.

Other treatment plans such as manufacturing antibodies or antivirals could also be effective. Gates also pointed out that possible benefits of taking hydroxycholorquine, the controversial malaria drug touted by Trump, to fight the virus would be "modest at best."

The memo also notes that testing will have to be expanded to include at-home testing kits, tests that "may be available in a few months."

"Testing becomes extremely important as a country considers opening up," Gates noted. " You want to have so much testing going on that you see hot spots and are able to intervene by changing policy before the numbers get large."

READ MORE: ‘It is impossible to overstate the pain’: Fight against coronavirus will define our era, Bill Gates says [The Seattle Times]