Report: COVID Has Spread to the World's Largest Refugee Camp

Experts say a coronavirus outbreak in a refugee camp is a worst-case scenario. 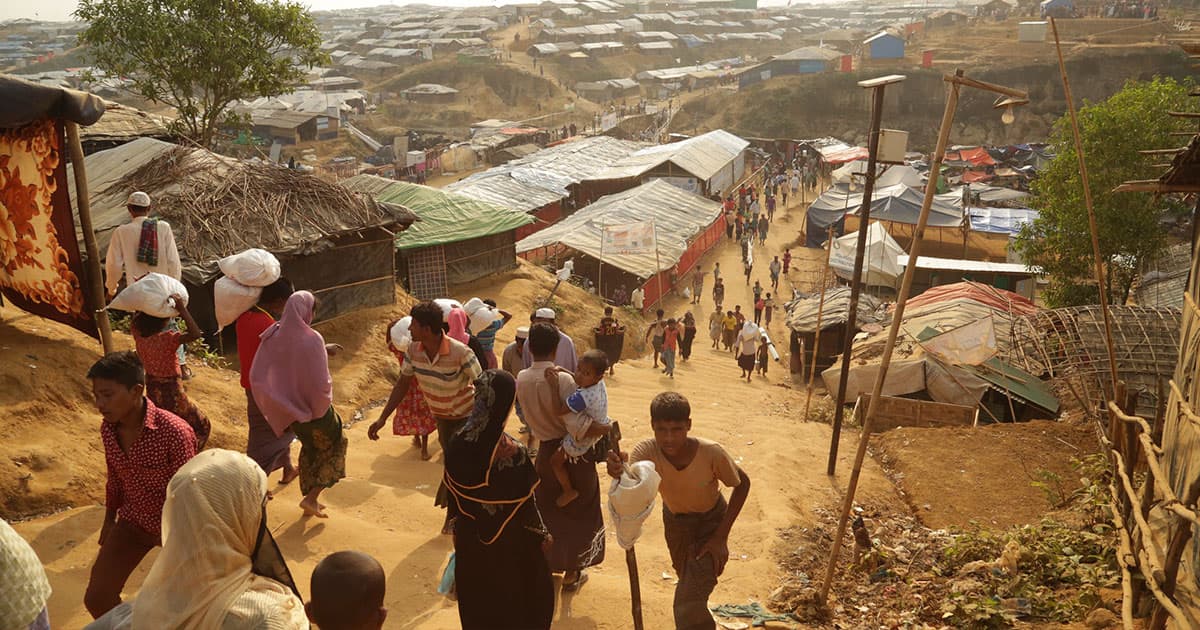 Two residents of the world's largest refugee camp in Bangladesh have tested positive for the coronavirus, the BBC reports. While they have been treated in isolation, a further 1,900 refugees are being tested — indicating fear that the pandemic could sweep through one of the world's most vulnerable populations.

The two Rohingya refugees who tested positive were living in a camp with a population of about one million in Cox's Bazar, a town in southern Bangladesh. The camp has been under lockdown due to the pandemic since March 14.

"Now that the virus has entered the world's largest refugee settlement in Cox's Bazar we are looking at the very real prospect that thousands of people may die from Covid-19," Shamim Jahan, Save the Children's health director in Bangladesh, said in a statement. "This pandemic could set Bangladesh back by decades."

"There are only an estimated 2,000 ventilators in all of Bangladesh, serving a population of 160 million people," Jahan added. "In the Rohingya refugee camps — home to nearly a million people — there are no intensive care beds at this moment."

It's a grim new chapter in the coronavirus pandemic. The Rohingya peoiple are an ethnic group that mainly live in northern Myanmar, but have become one of the world's most persecuted minorities, with many fleeing to Bangladesh over the past several years.

Experts say a coronavirus outbreak in a refugee camp is a worst-case scenario.

"Any kind of epidemic is never good, but particularly not this one, where physical distancing is impossible and home isolation is a joke," Annick Antierens, a strategic adviser to the medical department for Doctors without Borders told Nature last month.

More on the virus: SCIENTISTS HAVE A PROMISING NEW IDEA TO DEFEAT THE CORONAVIRUS