Scientists Say Llama Antibodies Could Be Key to Defeating COVID

"This is one of the first antibodies known to neutralize SARS-CoV-2." 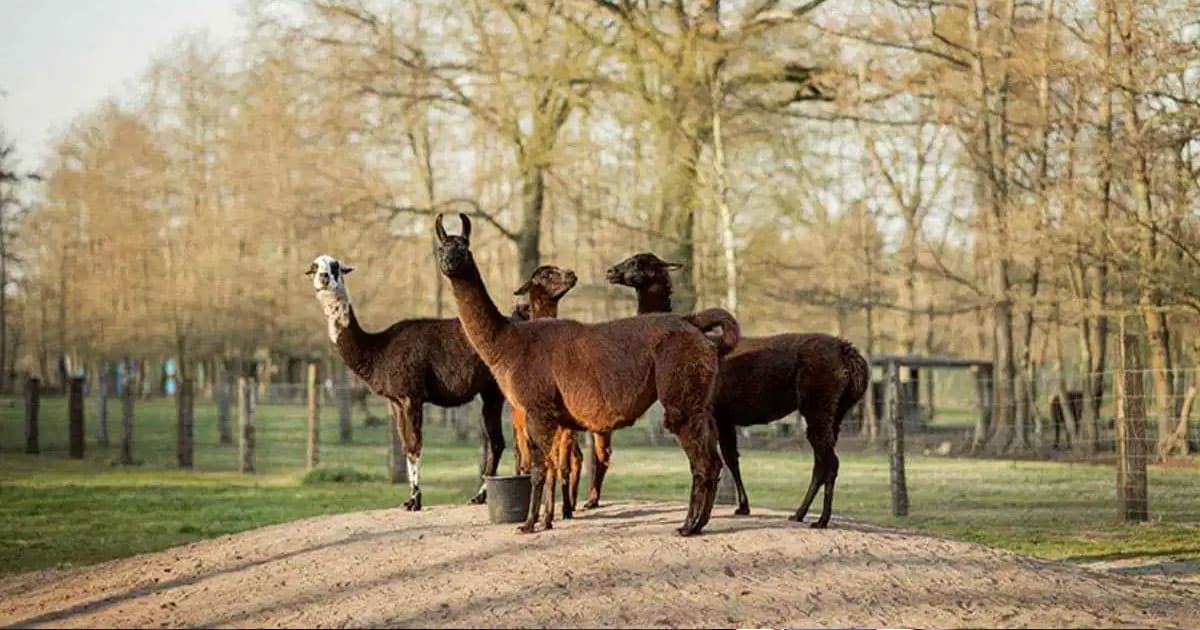 According to a new study published in the journal Cell Tuesday by an international team of researchers, antibodies found in the blood of llamas were able to stave off COVID infections.

"This is one of the first antibodies known to neutralize SARS-CoV-2," Jason McLellan, from the University of Texas at Austin and co-author of the study, said in a statement.

The researchers built on previous research from four years ago in which they found that the antibodies from a then 9-month-old llama named Winter were able to neutralize both SARS-CoV-1 and MERS-CoV viruses over six weeks.

Luckily, the antibodies from Winter — who's now four years old — also staved off SARS-CoV-2, the virus that causes COVID-19.

Surprisingly, this isn't the first time llamas have been used in antibody research, as The New York Times reports. Llama antibodies have been used in work related to HIV and infleunza, where they helped discover promising therapies.

Thanks to the llamas' antibodies' small size, they can connect with different parts of the virus more easily.

"The binding of this antibody to spike is able to prevent attachment and entry, which effectively neutralizes the virus," Daniel Wrapp, Dartmouth Ph.D. candidate and co-author, explained in the statement.

Scientists are hopeful a treatment plan for the newly infected in the form of antibody therapies is particularly promising.

"Vaccines have to be given a month or two before infection to provide protection," McLellan said in the statement. "With antibody therapies, you're directly giving somebody the protective antibodies and so, immediately after treatment, they should be protected."

"The antibodies could also be used to treat somebody who is already sick to lessen the severity of the disease," McLellan added.

"There is still a lot of work to do to try to bring this into the clinic," Xavier Saelens, a molecular virologist at Ghent University in Belgium and co-author, told the Times. "If it works, llama Winter deserves a statue."

Read This Next
Human Experimentation
Inmates Treated With Ivermectin Without Their Knowledge
From Our Partners
Help Stop The Flu With These Virus-Fighting Masks
Hot Vax Summer
Doctors Fear Huge Spike in STIs After Pandemic
Strong Arm
Biden Admin Gives Out 100 Million Vaccine Doses in Just 58 Days
Brands We Love
This Saliva-Based Home Covid Test Lets You Skip the Lines and the Nasal Swab
More on Sci-Fi Visions
From the Dept. of...
Monday on futurism
The Best Humidifiers of 2023
Human v. Giraffe
Jan 24 on the byte
Chaotic Italian Fashion Line Baffles Facial Recognition Software
Step One
Jan 24 on the byte
World’s Third Richest Person Says He’s Developed "Addiction" to ChatGPT
READ MORE STORIES ABOUT / Sci-Fi Visions
Keep up.
Subscribe to our daily newsletter to keep in touch with the subjects shaping our future.
+Social+Newsletter
TopicsAbout UsContact Us
Copyright ©, Camden Media Inc All Rights Reserved. See our User Agreement, Privacy Policy and Data Use Policy. The material on this site may not be reproduced, distributed, transmitted, cached or otherwise used, except with prior written permission of Futurism. Articles may contain affiliate links which enable us to share in the revenue of any purchases made.
Fonts by Typekit and Monotype.