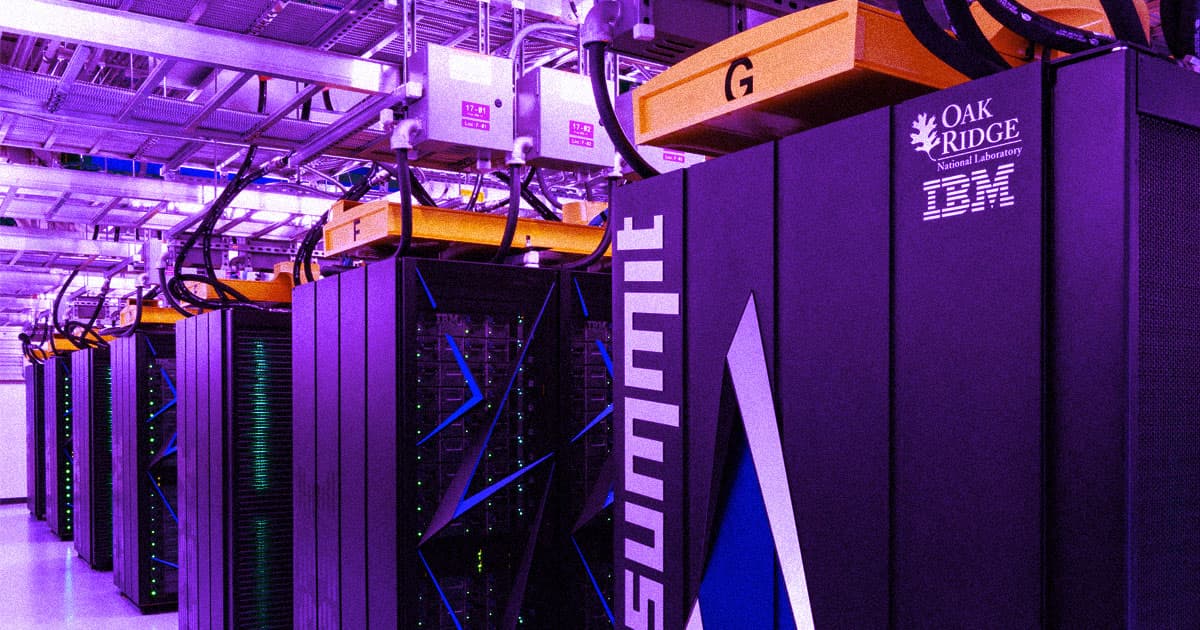 Scientists recently tasked the world's fastest supercomputer with running thousands of simulations to find drug compounds that could fight the coronavirus.

Now, CNN reports, the IBM supercomputer — called "Summit" and housed at the Oak Ridge National Laboratory in Tennessee — has identified 77 treatments that may be able to stop COVID-19 dead in its tracks.

The research, detailed in a paper uploaded to the preprint server ChemRxiv, could help researchers develop a drug to treat the deadly virus — but so far, it's only an important first step.

"Our results don’t mean that we have found a cure or treatment for the coronavirus," said Jeremy Smith, director of the Oak Ridge National Laboratory Center for Molecular Biophysics, in a statement.

"We are very hopeful, though, that our computational findings will both inform future studies and provide a framework that experimentalists will use to further investigate these compounds," he added.

The massive supercomputer was tasked with finding compounds that could bind to the "spike protein" or "S-protein" of the virus that it uses to infect host cells. By rendering the protein ineffective, the virus would be inhibited from spreading.

"Given the results from both sets of docking calculations, our work suggests that at least the seven compounds identified here would be reasonable initial compounds for experimental investigations in limiting SARS-CoV-2’s virus-host interactions," reads the paper.

Editor's note 3/24/2020: This story originally suggested, based on CNN's reporting, that the Summit supercomputer's findings could be used to develop a vaccine. CNN has corrected its reporting to say that it may find new treatments, not a vaccine. We have updated our story to reflect that change.

READ MORE: The world's fastest supercomputer identified chemicals that could stop coronavirus from spreading, a crucial step toward a treatment [CNN]