New Map of Key Coronavirus Protein Could Lead to Vaccine

The virus uses this "spike" to invade human cells. 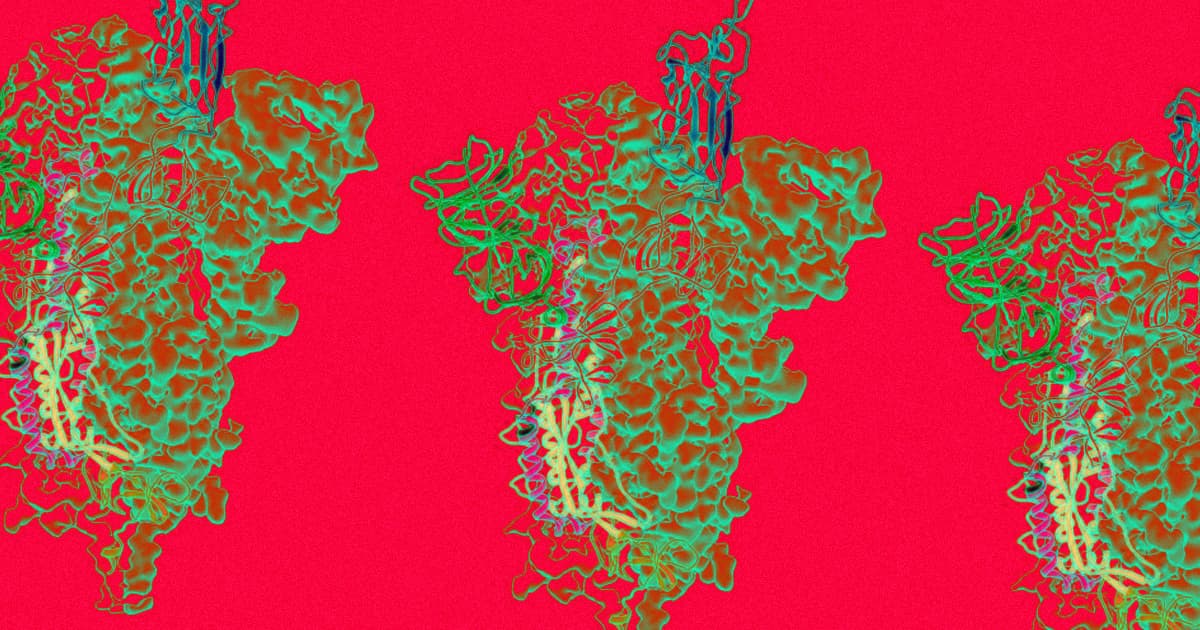 Image by Jason McLellan/Univ. of Texas at Austin
Breakthroughs

A team of researchers from the University of Texas at Austin have mapped a key protein of the Wuhan coronavirus known as SARS-CoV-2, Live Science reports, which the virus uses to invade human cells.

This newly mapped molecular structure could open the doors to developing a vaccine, according to the researchers — though they caution that the process could drag out for 18 to 24 months.

The scientists figured out the shape of a "spike" protein the deadly virus uses to invade cells. The protein binds to human cell receptors and fuses with their membranes, allowing the genome of the virus to enter and spread its infection.

University of Texas associate professor Jason McLellan, senior author of the paper published in the journal Science on Wednesday, used the recently mapped genome of the virus to identify the specific genes that make up the spike protein.

After growing the spike proteins by injecting them into mammalian cells in a lab, the team created a detailed 3D blueprint of it using a technique called "cryogenic electron microscopy."

Now that they understand the structure of the spike protein, the hope is that scientists will find ways to stop the virus from invading human cells. In fact, according to McLellan, the spike protein itself could potentially be turned into a vaccine and allow humans to make antibodies against it.

"It's impressive that these researchers were able to get the structure so quickly," Aubree Gordon, associate professor of epidemiology at the University of Michigan who was not involved in the research, told Live Science. "It's a very important step forward and may help in the development of a vaccine against SARS-COV-2."

McLellan and his team have send their blueprint of the spike protein to dozens of research groups around the world to speed up the discovery of a possible vaccine.

More on the virus: What Does the Coronavirus Look Like? This.

Image by Jason McLellan/Univ. of Texas at Austin

11.20.22 Treatments
New Vaccine Blocks Fentanyl in Brains of Rats
10.24.22 Developments
Pfizer's Jacking Up the COVID Vaccine Cost to 10,000 Percent Its Production Cost
10.19.22 Studies
Scientists Deny Making Deadly Horror COVID in a Lab
9.28.22 Rx/Medicines
Scientists Trick Mosquitoes Into Vaccinating Against Malaria by Biting
9.20.22 Developments
Biden Really Screwed Up When He Said the "Pandemic Is Over"