Here's What It's like to Get a COVID Antibody Test

New blood tests determine whether you've already had the coronavirus. We talked to a guy who already got one. 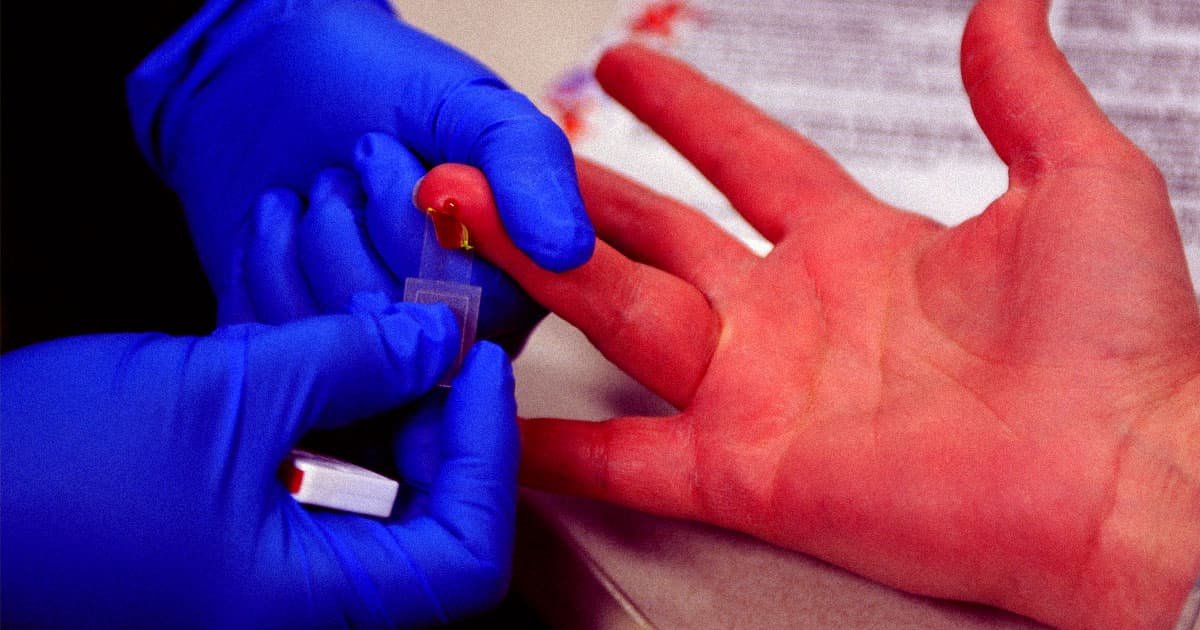 After a long period of uncertainty, a growing number of Americans can finally go to their doctor and get checked for past or present cases of COVID-19.

So far, just over 3.1 million Americans have been tested for the coronavirus. And with newly-developed COVID antibody blood tests that can measure a person's immune response to the disease, it may become possible to determine whether or not people have actually built up resistance to the coronavirus, which many expect will be the case as the immune system equips itself against future infections.

One of those blood tests recently went to Brandan Robertson, an author and the Lead Pastor of Missiongathering Christian Church in San Diego, California, who took the time to chat about the experience.

Here’s our conversation, which we've lightly edited for clarity.

Futurism: Hey Brandan, thanks for taking the time to chat about your experience getting an antibody test for the coronavirus. Before we jump into anything too meaty, do you mind telling me what the timeline was like for you? For instance, where did you have to go, and were you able to get tested while you were sick? Or was this something that happened after the fact?

Brandan Robertson: In February, I was traveling in Europe right when coronavirus was starting to get bad over there. I came back, and a few weeks later started developing worrisome symptoms. Just a cough and some chest pressure. On about March 6, it got more severe. I started having a fever so I called my doctor. They did a phone call instead of having me come into the office. They said essentially that there weren't very many tests and because I was young, they told me to stay home, quarantine for 14 days, and see if I got better.

I did that. I stayed in bed for two weeks. It was not terrible, it was like a bad cold. Really that was the end of it: I've been going around for the past month, not really being sure if I had it or not but doing all the things you're supposed to do. Social distancing, masks, all that.

And it was last week, I got an email from my primary care provider that they had gotten a number of these antibody tests and that I could make an appointment. I scheduled one for the next day. They basically had me do a phone screening before I went in to make sure I wasn't displaying symptoms of coronavirus and not currently sick, then had me go into their office.

It felt a little sketchy in that I went to their office, and they said 'okay, go around to the back parking lot and go to the table there.' I went to the parking lot, and there was a table there with two nurses who did the finger prick. Ten minutes later, they came back and told me I had been sick.

Sorry, wait, it was just a table?

It was definitely odd. I think it was meant to be a drive-up kind of thing, but I lived close enough that I just walked. There were a few people sitting in their cars. It was an interesting medical experience for sure.

The idea of a table in a back parking lot conjures the image of a slapdash operation. Did you still feel that things were handled well or like a proper medical procedure?

Yeah totally. When I got there, they had me sign consent forms, sanitized hands and put on gloves. And then it was just the quick prick of the finger, which took a minute. It was the best I could imagine for what drive-in medical care might look like.

How did those nurses describe your results? There's been talk of immunity and potential immunity passports. Did they suggest at all that you were resistant to the coronavirus now?

The tests had the potential for three different results. I'm going to describe this in a non-medical way so it may be a little inaccurate. One outcome was negative, that you didn't have it. One was that you had it, and you had an antibody in your system that suggests you're still fighting it to some degree, and the third is that you had it and have the antibodies that suggest you recovered.

They warned that the jury's not out in the complete accuracy of these tests, but they were fairly confident in the accuracy of the results. They mentioned there were no scientific results that immunity actually exists, but there was the potential I might be immune. But they said keep doing all the things you're doing, social distancing and masks, all that.

Not to go run free?

So ever since you got your results, have you been living differently at all? Have you felt comfortable going outside more, maybe, or are you still keeping put as much as before?

I have felt more comfortable, not because I think I have more immunity, but because I'm quite confident — now that I've had it, I know what it was like for me, and how my body responds. If there is a little less fear, it's because if I do get it again, if that's possible, it won't be as traumatic as what we've heard in the media, for me at least.

If these tests finally became more accessible, how do you think that would change society right now? Do you think people with positive results would act differently en masse?

I think on one hand, from all the reading that I think we've all been doing, I think testing is the obvious way to deal with this. What this test reveals for me is that significantly more people have probably had the virus than numbers show. But we haven't gotten the test while we were sick, and we'll never really know until we start doing accurate antibody tests. And the other thing is my test still cost me $50 with insurance, which makes it prohibitive to lots of people.

If we're going to get back to normal life, it's going to require that we know these things. Especially if you're studying whether immunity is real or not. You can't study immunity if you don't know who had the virus.

Listen, given your theological background, I have to ask: a lot of churches, especially those megachurches, have been getting flak recently for either continuing to hold services or arguing that they ought to be. Is this something that you've encountered in your own community or among your peers? Where do you land in that debate?

I'll be honest, the first week — which was right when I came down with the virus in early March — that we shut down our services, it was one of the hardest decisions. On one hand, our calling is to be a spiritual community for people and people need that in times of crisis. And on the practical side, we're a small church. Knowing we're not going to hold services means our finances are going to take a hit. I may have to lay off staff or not be able to pay bills.

I was actually very impressed by my colleagues, conservative and liberal, here in San Diego who said that the best way to love our neighbors is to be distant from them in this time. The bishop of San Diego ordered every episcopal church to shut down. We normally do a joint service, and we were planning to livestream just with four clergy from their church. And we weren't able to do that.

Still, me and three colleagues meet on Sunday mornings and do a livestreamed service for our community. The few megachurches in the country who have far-right pastors, they get a lot of press but I don't think that's a big trend across the country.

Having been through the testing process, is there anything that you would want to say to people currently dealing with the uncertainties of staying quarantined and wondering whether or not they're sick?

What's been helpful for me is that as a church, we've been providing opportunities to connect digitally. So even elderly people who live by themselves can have some sense of normalcy in their lives and a chance to connect with others.

I've also been getting out a lot. I take walks by my office. Nobody's there, of course, and it's been good for me.

I think this big reset that we're going through as a global society — not to make light of it — but it's a bit of a gift. None of us could have imagined that the world would stop for a couple of months. So I've been urging my community to use this time, even in the midst of the hardship, of the stress, to reset. To envision what life looks like on the other side of this.

That's what keeps me hopeful. One: the excitement of seeing folks again, but also two: developing new habits. To make sure that life is better on the other side of this than before I went into it.

Hey, I really appreciate you sharing all of this today. Before I let you go, is there anything else you want to get through to people?

My understanding is COVID testing, at least for those who are sick, is more widely available now. People have this idea that it's still not accessible. If you're sick, go get tested. I think that's just so essential. It will clear up your fears about whether you have the virus or not, and it will really help us flatten this curve and get us out of it.

More on blood tests: Blood Tests Could Improve the Coronavirus Fight — If They Work