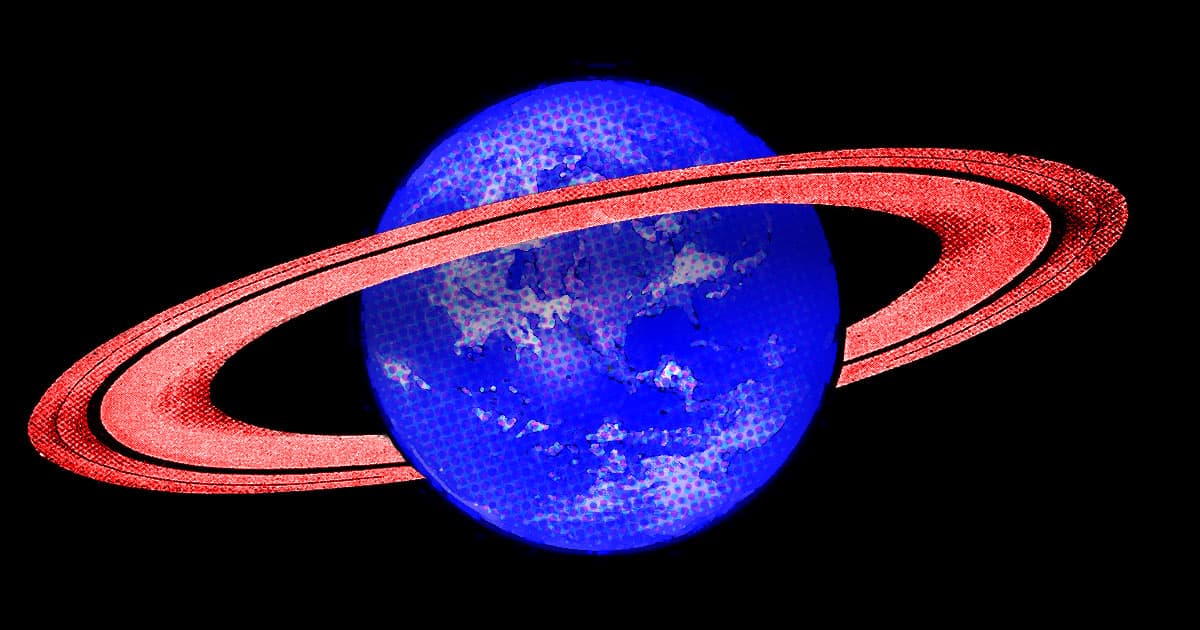 "Earth is on course to have its own rings. They’ll just be made of junk."

"Earth is on course to have its own rings. They’ll just be made of junk."

We've got a huge space junk problem — and it's only going to get worse as more and more companies and governments launch satellites, spacecraft, probes, and even tourists into space.

While much of what we send to orbit ends up getting sucked back into the Earth's atmosphere to burn up, much of it remains — until we figure out how to do something about it.

Things could get so bad, University of Utah professor Jake Abbott predicts that the Earth could soon start looking a lot like Saturn.

"Earth is on course to have its own rings," he told The Salt Lake Tribune. "They’ll just be made of junk."

According to the European Space Agency, there are an estimated 170 million pieces of space debris larger than one millimeter across already in orbit. Roughly 670,000 of them are larger than about half an inch across.

With companies like SpaceX launching their own massive constellations of broadband-beaming satellites, our planet's orbit is busier than ever. That means we are also at a greater risk of knock-on collision events that could result in even more, smaller pieces of space junk.

Now, scientists are trying to figure out how to address the problem. Abbott believes one way to swoop up space junk could be using magnets.

By spinning up a magnet at the end of a robotic arm to create special electrical currents called eddies, individual pieces of space junk could be controlled and slowed down, as described in a recent article Abbot published in the journal Nature.

READ MORE: Space pollution may soon give Earth its own rings. Has Utah team found a solution in magnets? [The Salt Lake Tribune]