After 1,000 Days in Orbit, Here Are the 10 Most Remarkable Things MAVEN Taught Us

This knowledge could allow us to one day colonize Mars. 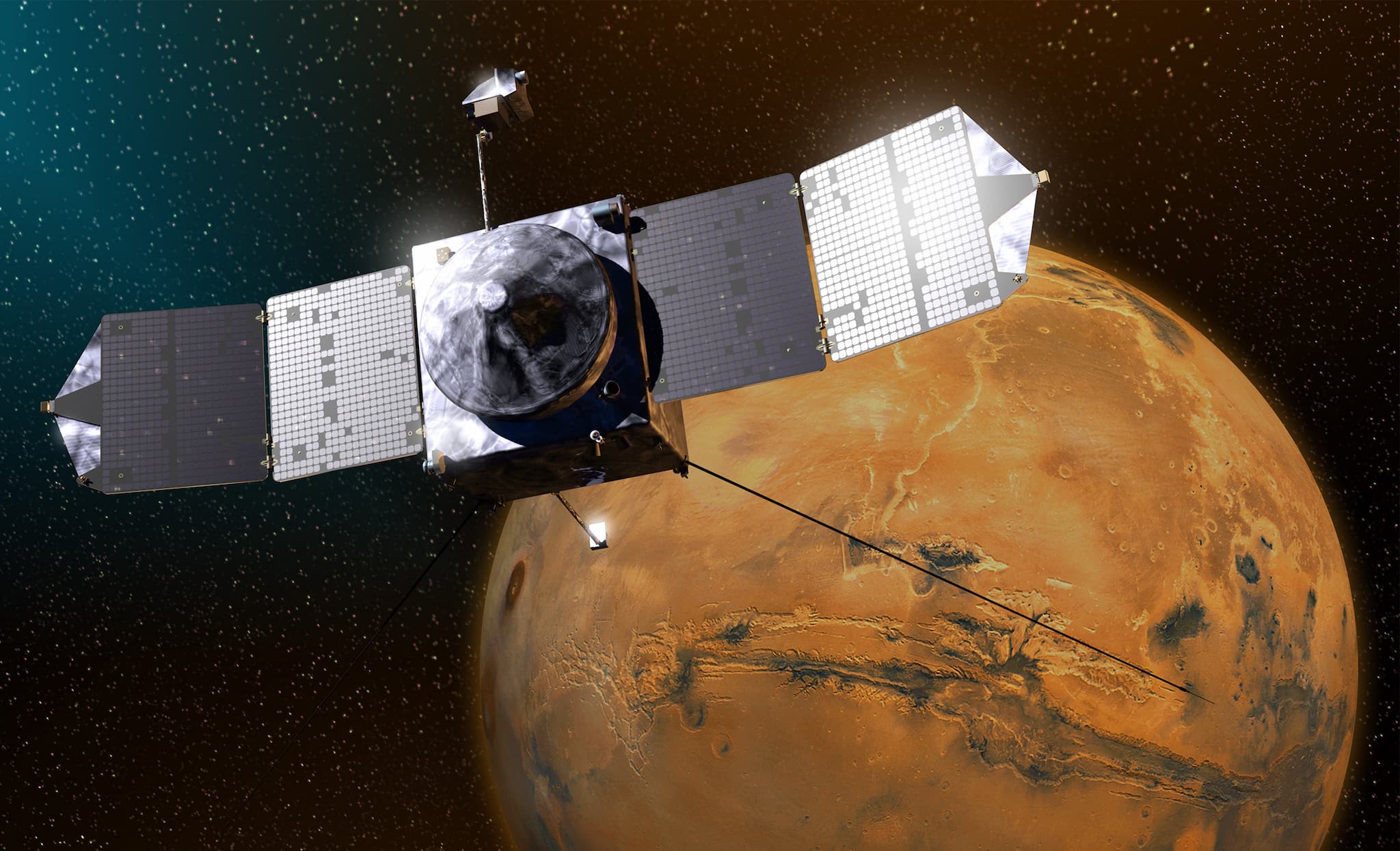 On June 17th, NASA's Mars Atmosphere and Volatile Evolution Mission (MAVEN) celebrated 1,000 days in orbit around our solar system neighbor — it entered into this orbit in September 2014. To commemorate the 1,000 day anniversary, NASA released a list of its 10 most exciting findings.

MAVEN's goal is to explore the Red Planet's "upper atmosphere, ionosphere, and interactions with the sun and solar wind" in order to gain insight into the "history of Mars's atmosphere and climate, liquid water, and planetary habitability." The changes that caused its transition from a habitable world to the rocky tundra we see today are mainly caused by the dissipation of Mars's volatiles (the low-boiling point compounds that make up the atmosphere) into space.

The mission is remarkable because it is the first to explore Mars's atmosphere rather than its surface. In order to do this, MAVEN is using eight separate instruments and fluctuates between 3,728 miles (6,000 km) and 77 miles (124 km) from Mars's surface — this allows it to study the entire spectrum of Mars's atmosphere. It contains no tools to search for life on the planet, because adding a detector for methane (a gas indicative of extant life) would have exceeded the project's budget.

MAVEN has made a number of interesting discoveries during the last 1,000 days. Gas is exchanged between the upper and lower halves of the Mars atmosphere in a way that will require further study; the ionosphere of the planet has a layer of metal ions; and there are two new types of aurora that have been discovered, called "diffuse" and "proton" — and, informally, Christmas Lights.

What NASA thinks is most important is the explanation behind how it lost such a significant proportion of its atmosphere. It was stripped layer by layer from the top by the the sun and the solar wind, which were more violent millions of years ago. Bruce Jakosky, Maven's principal investigator, said that it was "like the theft of a few coins from a cash register every day, the loss becomes significant over time."

These aren't all of the discoveries made by MAVEN; you can read the full list on the NASA website.