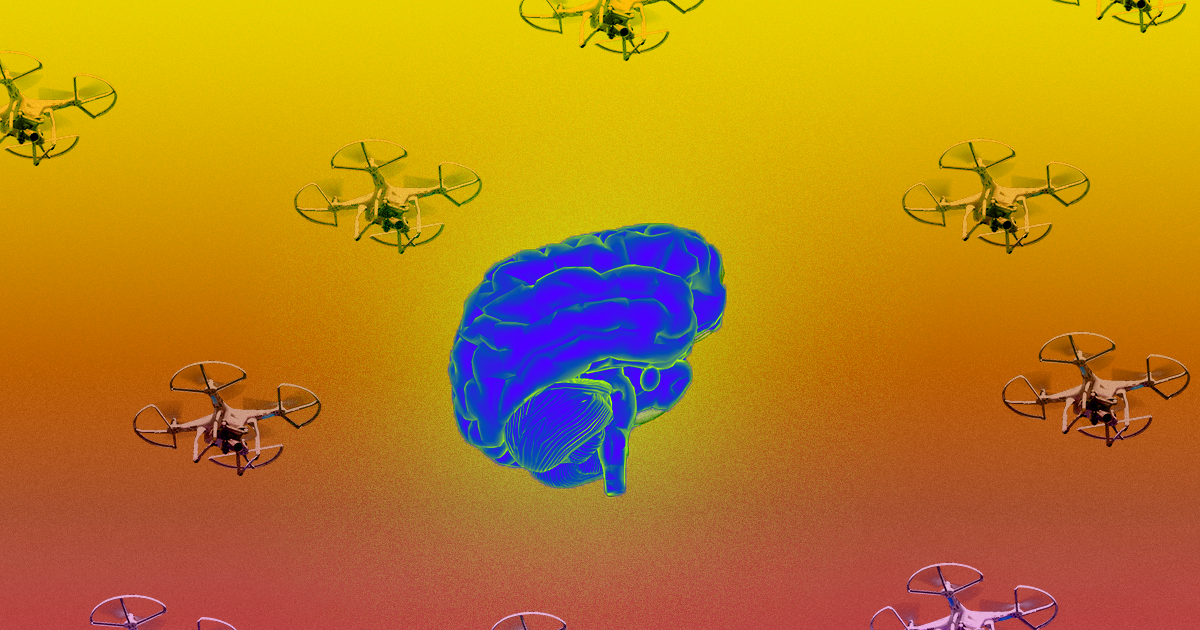 DARPA Wants Soldiers to Control Drones With Their Thoughts

The U.S. Defense Advanced Research Projects Agency (DARPA) has officially funded a program to come up with a brain-machine interface — in the form of a headset designed to let military personnel control anything from "active cyber defense systems" to "swarms of unmanned aerial vehicles" through brain activity alone, according to a press release.

The agency is hoping such an interface could make it easier for service members to carry out complex tasks and help them multitask as well.

"Just as service members put on protective and tactical gear in preparation for a mission, in the future they might put on a headset containing a neural interface, use the technology however it’s needed, then put the tool aside when the mission is complete," said program manager Al Emondi in the press release.

DARPA has an ambitious timeline for the headset. First on the agenda: figure out a way to record electrical signals in the brain and how to relay information back to the brain tissue.

Once that's settled, DARPA is hoping to turn that ability into a brain-machine interface that's useful in a military context, such as controlling drone swarms. Let's just hope it turns out to be more accurate at controlling drones in active combat than the $150 mind-controlled drone that hit Kickstarter in March.