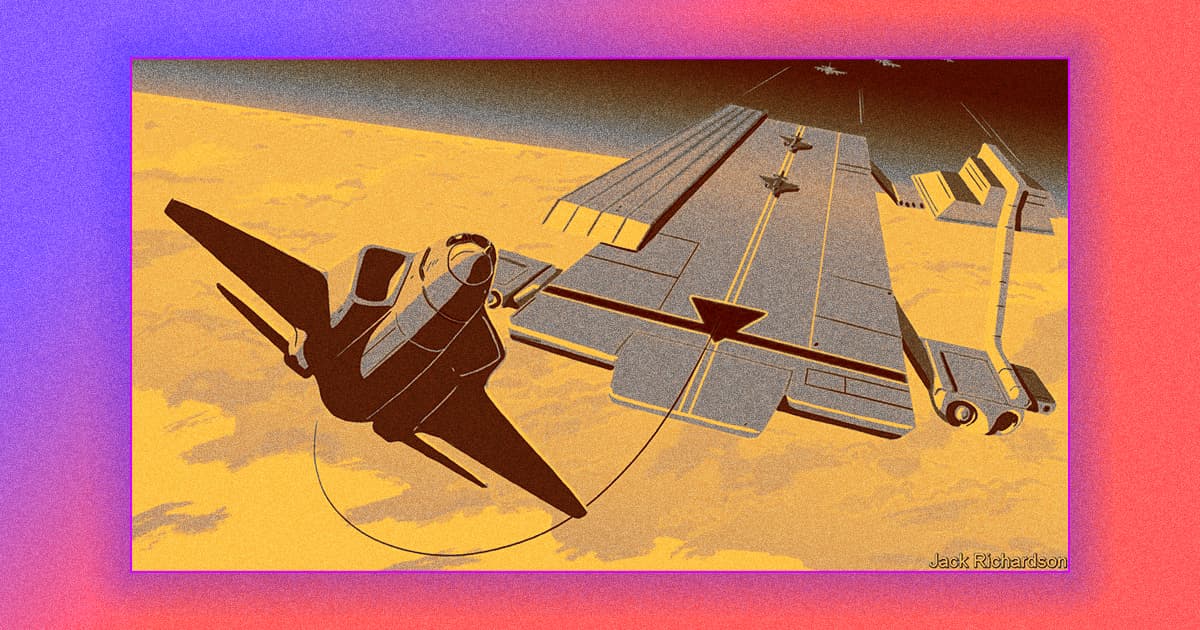 DARPA Is Working on a Gigantic, Flying Aircraft Carrier

The military might have watched too many Marvel movies.

The military might have watched too many Marvel movies.

The Pentagon has a bold plan to keep aircraft carriers relevant to the future of warfare: taking them out of the water and lifting them up into the sky.

The plan sounds laughably similar to the Helicarriers from the Marvel Cinematic Universe movies, but The Economist reports that DARPA, the Pentagon's research division, is dead serious about getting the program off the ground. The current project involves a flying mothership plane that can deploy and collect cheaply-made drones called Gremlins that can swarm around, surveilling the area and perhaps even engaging in combat themselves.

When it's time to deploy a Gremlin drone, the modified cargo-plane-turned-aircraft-carrier would simply drop them out of the sky. Their wings would then deploy as their engines turn on, allowing a human operator to command fleets of them at once.

When it's time to come back home, the drones would attempt to latch onto a small pod that dangles from the carrier like a strip of fly tape. So far, no one's managed to stick the landing, though The Economist notes that some attempts have "come within centimeters of a successful capture."

At first glance, flying aircraft carriers seem needlessly complicated, risky, and carbon-intensive compared to leaving them floating in the water. But the military is concerned, The Economist reports, about long-range missiles that can travel farther than the aircraft on the carriers can travel, rendering the paradigm useless.

Replacing them with comparatively-cheap drones that Gremlin program head Scott Wierzbanowski told The Economist can "go in and create havoc" before being shot down, then, makes the odd proposal a little bit more worthwhile.

READ MORE: Aircraft carriers take to the air [The Economist]