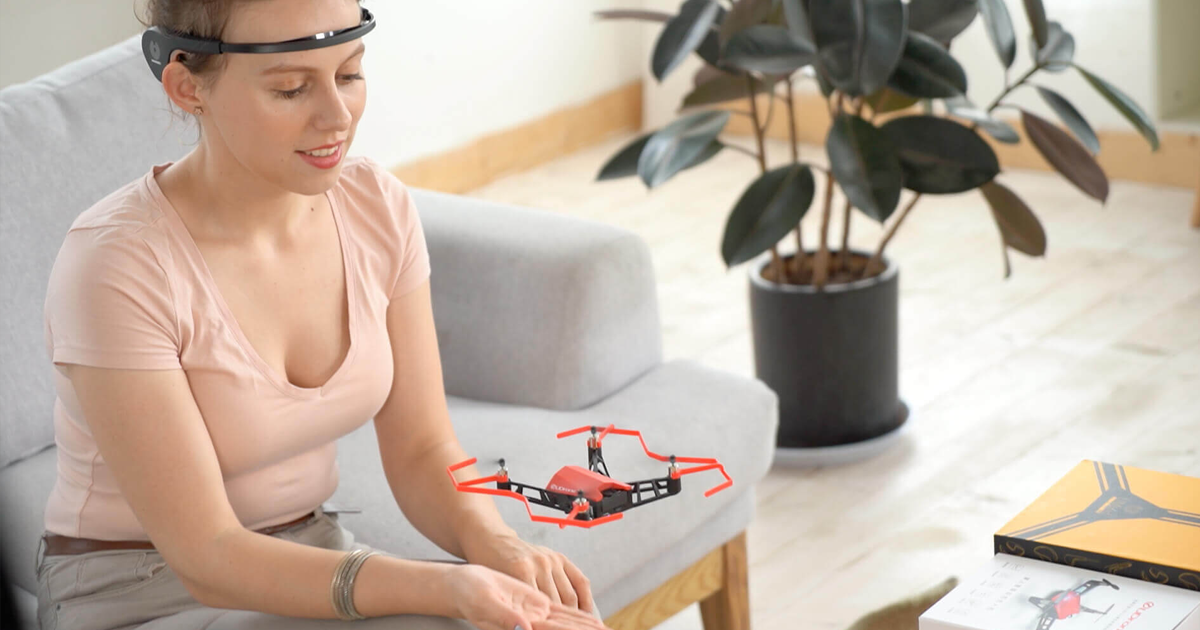 "It's not perfect, but it does give a glimpse of a mind-controlled future."

"It's not perfect, but it does give a glimpse of a mind-controlled future."

A Kickstarter campaign is launching on Tuesday for a drone you control with your mind.

The mind-controlled drone is the work EEGSmart, a Chinese company focused on the development of brain-machine interface (BMI) technology — and according to New Atlas writer Loz Blain, who got a chance to test the device, "It's not perfect, but it does give a glimpse of a mind-controlled future."

According to a draft version of the Kickstarter campaign, the mind-controlled drone is about the side of a person's palm, works indoors or outdoors, and has a maximum operating time of 25 minutes (though Blain notes a time closer to six or seven minutes per charge). Like many commercial drones, it comes equipped with a camera capable of snapping still photographs or videos.

You can buy the drone for about $150 and control it with your smartphone, or you can spend $282 on a package that includes the drone and a UMind Lite headset that allows for hands-free control of the device.

Think hard enough about the drone lifting off, according to EEGSmart, and it'll do just that, thanks to an electroencephalography sensor in the headset that monitors brain activity. Other sensors allow you to control the drone in various ways. Move the drone left or right by tilting your head accordingly. Blink twice, and it'll snap a photo. Clench your jaw, and the device will land.

According to the Kickstarter draft page, Udrone's goal is to raise at least $4,968 within 45 days, with plans to deliver orders in April 2019.

This isn't the first example of a drone controlled using the power of thought. However, it is one of the first we've seen that's wasn't designed for military use and that doesn't require precise calibration to an individual's brainwaves.

As Blain noted in his review, a few of the controls for this mind-controlled drone are less-than-intuitive — he would prefer that a forward head tilt moved the Udrone forward as opposed to the current reverse configuration.

Still, the device does appear to work largely as advertised, and it seems like a fun example of BMI technology reaching the commercial market — assuming EEGSmart can meet its fundraising goal.

More on mind-controlled drones: These Students Use Their Own Brain Patterns To Race Drones