It can hit a human with every bullet from 200 meters away. 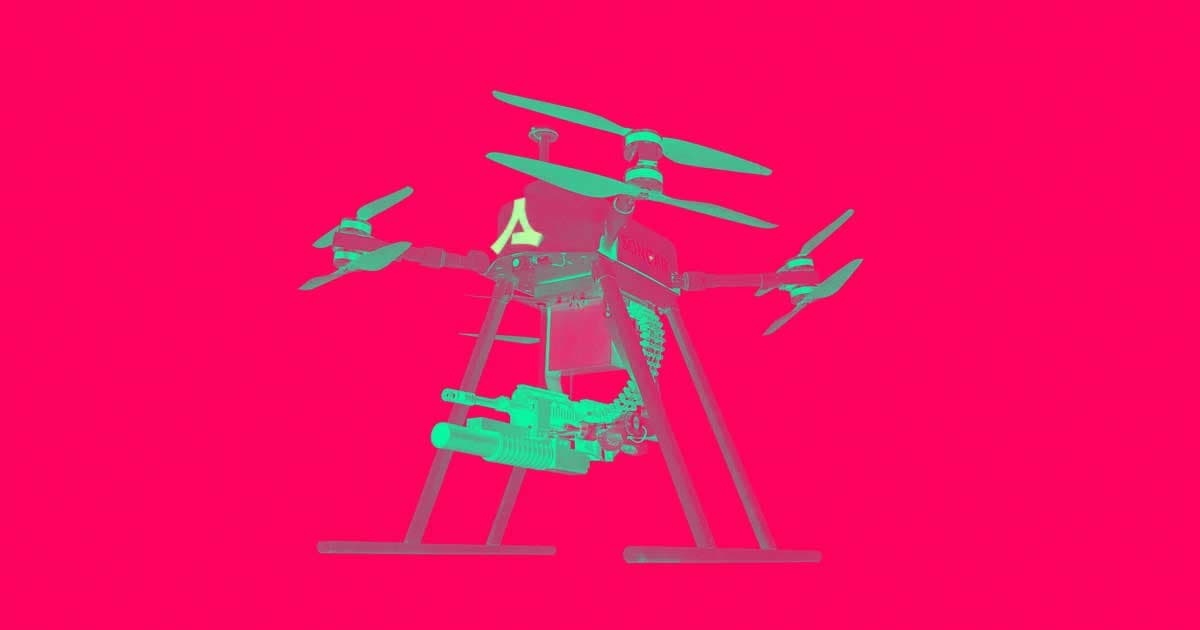 Before the end of the year, Turkey will become the first nation to get its hands on a brand new military drone equipped with a machine gun.

It's called the Songar, and it can carry 200 rounds of ammunition. A New Scientist story notes that the drone is accurate enough to hit a human target with every bullet fired from 200 meters (656 feet) away — a devastating level of accuracy in the already troubling space of drone warfare.

Songar is the work of Turkish electronics firm Asisguard, and according to the company's website, a human can control the drone from a distance of 10 kilometers (6.2 miles). Using a single controller, they can operate up to three Songars simultaneously during the day or at night, looking through the devices' cameras and deciding when to fire their guns.

Asisguard equipped the drone with two systems designed to address the issue of recoil affecting accuracy. One uses a group of sensors that account for variables ranging from a target's distance to the current wind speed. The other uses robotic arms to manually move the gun as needed to counteract the recoil.

Songar isn't the first machine gun-equipped drone we've seen, and it's easy to see why the devices appeal to militaries: with an armed drone, a soldier can attack the enemy while staying out of harm's way.

But as more and more armed drones emerge, it seems like just a matter of time before militaries decide to remove human operators from the equation altogether. In fact, that may already be happening as United States Defense Secretary Mark Esper accused China in November of selling autonomous killer drones to nations in the Middle East.

So, while the drones that Asisguard plans to sell to Turkey later this month might require a human operator, there's a chance the next armed drones the nation adds to its arsenal will be autonomous — and that'll be when things get really scary.

More on drones: New Warfare Drones are Small as a Quadcopter