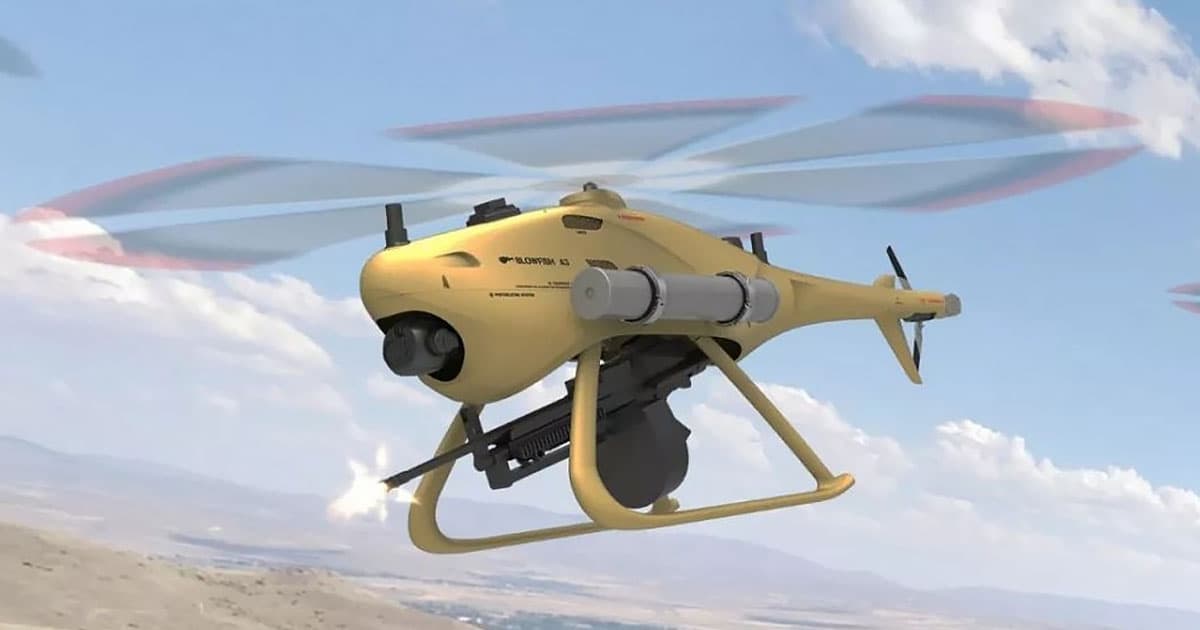 China Is Selling Autonomous Killer Drones to the Middle East

The era of killer robots is here.

The era of killer robots is here.

For instance, a Chinese company called Ziyan is actively marketing its Blowfish A3 — an autonomous helicopter-like drone armed with a machine gun — to international buyers, according to Defense One. While several countries have been working towards this tech for years, this news means we're finally, and unfortunately, living in the era of killer robots.

While Ziyan works to sell its autonomous killbots to Saudi Arabia and Pakistan, the Chinese government is already entrenched in the killer robot trade.

"As we speak, the Chinese government is already exporting some of its most advanced military aerial drones to the Middle East, as it prepares to export its next-generation stealth UAVs when those come online," said Defense Secretary Mark Esper, per Defense One. "In addition, Chinese weapons manufacturers are selling drones advertised as capable of full autonomy, including the ability to conduct lethal targeted strikes."

While many countries support a ban on fully-autonomous weapons, major military leaders like Russia and the U.S. have been racing to develop their own killer robots. If Ziyan is telling the truth about its autonomous helicopter drones, it would seem China may have won the race.

Esper called it troubling that corporations are "inadvertently or tacitly providing the technology or research behind China’s unethical use of AI," according to Defense One.

READ MORE: SecDef: China Is Exporting Killer Robots to the Mideast [Defense One]

More on autonomous weapons: Europe Wants a Global Ban on Military Killer Robots, But Not Everyone Agrees

Quantum Supremacy
US Sanctions Chinese Quantum Computing Firms for... Reasons
11. 29. 21
Read More
Bot Crime
Experts Shocked by Military Robodog With Sniper Rifle Attachment
10. 13. 21
Read More
Killer Robot Update
Uh Oh, They Strapped a Sniper Rifle to a Robot Dog
10. 12. 21
Read More
+Social+Newsletter
TopicsAbout UsContact Us
Copyright ©, Camden Media Inc All Rights Reserved. See our User Agreement, Privacy Policy and Data Use Policy. The material on this site may not be reproduced, distributed, transmitted, cached or otherwise used, except with prior written permission of Futurism. Articles may contain affiliate links which enable us to share in the revenue of any purchases made.
Fonts by Typekit and Monotype.